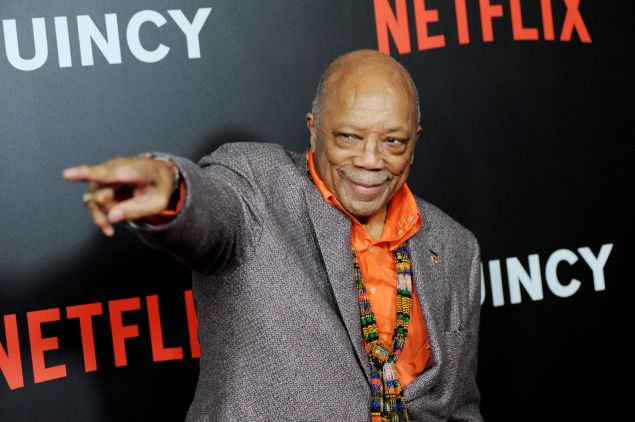 The footage beneath the credit roll at the beginning of the new Netflix doc Quincy shows the legendary producer and musician Quincy Jones’s various awards and accomplishments. They’re all kept in the kind of vanity room that exists in many of the large gated homes in northwest Los Angeles.

Slowly perusing the trophies of the man who has won 27 Grammys, recorded over 300 albums and boasts perhaps the most storied pop culture resume of the late 20th Century is another music titan, Dr. Dre. He’s on hand to interview a man he considers a mentor, and one of a clown car of celebrities that appear over the course of the film. “Wow,” he says.

And that’s about as deep, revealing and complicated as this bloated documentary gets, folks. At over two hours long, the film not only reveals little about its subject that wasn’t already readily known, but also provides minimal perspective or analysis of why and how he was able to develop his talent.

Put together with four years worth of footage, but without an organizing principle, Quincy is meant to be a loose, extended hang with an elderly gentleman who has been the coolest person in any room he has stepped into for the better part of seven decades.

Unfortunately, the flame-throwing truth teller that has spit venom about his famous friends in widely shared interviews (like this year’s notorious Vulture Q&A) is largely absent from the picture. The man in his place says little that is interesting or illuminating; he’s like an agreeable hepcat Yoda dispensing treacly bits of wisdom (“Be humble with your creativity.”) when he is not reciting lists of the boldface names with which he has crossed paths during his remarkable life. Indeed, if name-dropping were an Olympic sport, the man they call Q would have twice the gold medals of Michael Phelps.

Directed by his daughter Rashida Jones (who produced and directed the Netflix docu-series, Hot Girls Wanted: Turned On) and Alan Hicks (the Australian musician and director of the 2014 Clark Terry documentary Keep On Keepin’ On), the approach of the filmmakers is deferential to the point that they seem hesitant to push him on anything. As a result, we get few glimpses of Jones’ inner life.

For example, much is made of Jones’ mother Sarah, who was mentally ill and forcefully taken to an institution in a straitjacket when he was seven. We are told that he spent his childhood worried she was going to break out and murder him and his brother. How did this early trauma affect his relationships with women? No one bothered to ask Jones, who has been married three times and has had seven children—six daughters and one son—with five different women.

The film is at its strongest when Jones is reflecting rather than pontificating. It is moving when we see him in footage from 1989 revisiting his childhood home on the South Side of Chicago, or in 2016 when he first enters the Smithsonian’s National Museum of African-American History and Culture and seems haunted by the ghosts that stare back at him. “Smelly,” he exclaims upon seeing the visage of Michael Jackson, his nickname for the man with whom he made Thriller. (“Smelly jelly,” is what Jackson called a particularly tasty beat.)

One of the few times he says something incisive is when he is filmed being interviewed by a Washington Post journalist and discusses, among other things, the murder of Trayvon Martin. The presence of a trained question asker sticks out like a sore thumb. (A typical question from his daughter is, “Dad, how do you handle your ego and your art?”) Race and death seem to be constantly on Jones’ mind, but these urgent matters are mainly ignored by the filmmakers, as if exploring substantive topics might harsh the chill mood—or ire a man they both obviously adore.

Along with “man” and “baby,” it becomes clear over the course of the film that the 85-year-old’s favorite words are “bullshit” and “motherfucker.” The former is the corny nonsense that he could do without, and the latter he uses like an angry compliment to describe men of purpose.

This movie needs to do away with the bullshit, because this motherfucker has something to say. Sadly, nobody is bothering to ask. 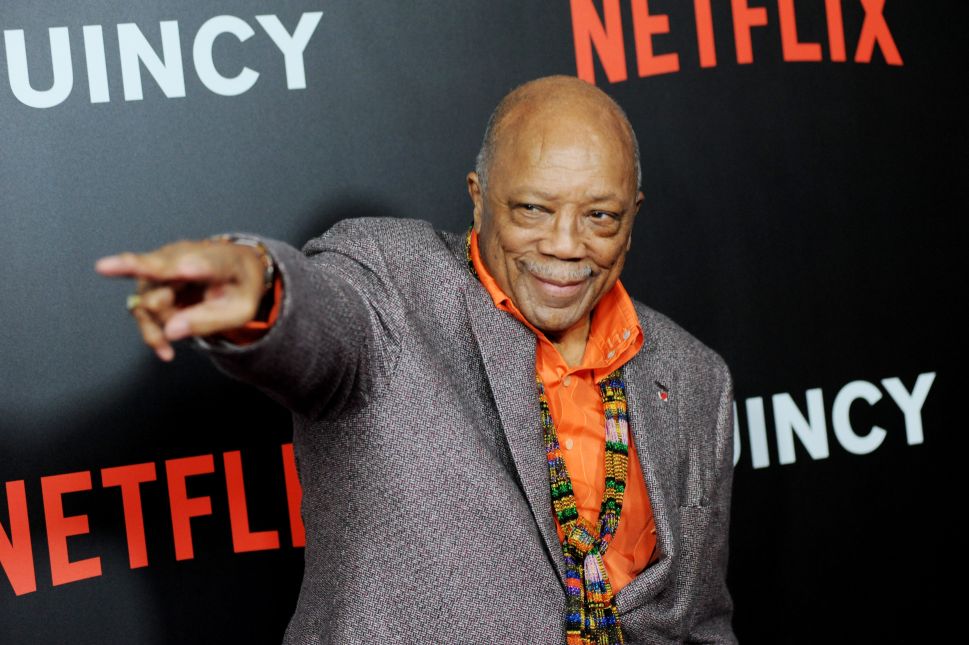