Although President Trump was laughed at by world leaders during his speech before the United Nations on Tuesday, his Iran hardline found a supportive audience with representatives for countries throughout the Middle East.

“What we’re encouraged from by the Trump administration is their concern over how to raise the costs for Iran,” added United Arab Emirates Ambassador to the United States Yousef Al Otaiba. “It’s important to have international global pressure. Iran has to feel they have no one left to turn to.”

Sixteen Middle East and U.S. policymakers convened at the summit in Midtown to discuss ways to contain the theocratic regime. The Trump administration’s withdrawal from the Iran Nuclear Agreement in May was frequently cited as the driver behind plunging Iranian oil exports, and an eviscerated currency value.

At the onset of the gathering, former Senator Joe Lieberman (D-Conn.) was given an Iranian coin by United Against Nuclear Iran’s (UANI) CEO Mark Wallace to commemorate, what they hoped would be, the impending collapse of the regime.

Citing rising protests in Tehran and “optimism toward the direction things are going with Iran,” Lieberman praised Trump’s decision to restore sanctions—receiving applause from the audience of diplomats upon just mentioning the president’s election.

While the leaders were optimistic, they also recognized the growing threats from the regime—especially its financing of terrorist networks.

“We need to look at how the money is being funneled into Bahrain and how our banking institutions launder money,” said Bahrain’s ambassador. “We thank the United States for working with us so we don’t fall into the same traps going forward.”

At the end of the summit, Secretary of State Mike Pompeo and National Security Advisor John Bolton both addressed the crowd of dignitaries.

Pompeo criticized the European Union’s intention to establish a work-around to U.S. sanctions, while Bolton warned of “hell to pay” if Iran continued aggravating other nations. 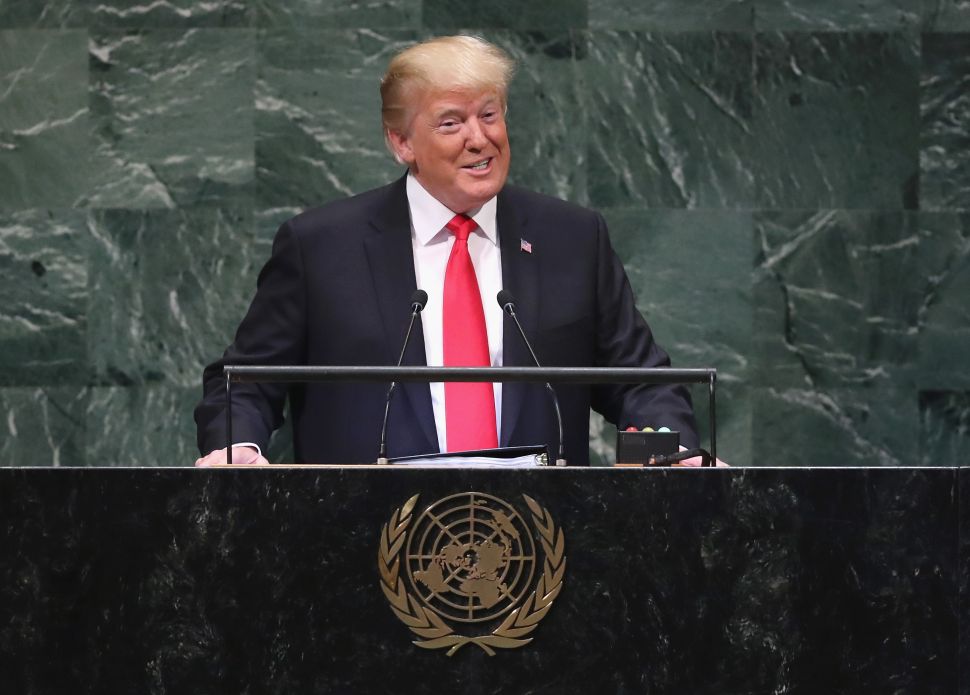