The debate surrounding the confirmation of Judge Brett Kavanaugh has reached a fever pitch, with Republicans and Democrats doing anything and everything to ensure their side wins. Congressional races are also heating up, as Democrats seek to regain majorities and to prevent Republicans from putting another conservative justice on the bench.

Not surprisingly, Roe v. Wade is one of the issues at the center of the debate. While many characterize the abortion case as “settled law,” the term is misleading. The court could decide to expressly overrule the decision or gradually chip away at the constitutional right to access abortion.

Under the principle of stare decisis, which means “to stand by things decided” in Latin, lower courts must follow the precedent established by higher courts of appeal in the same jurisdiction. Higher courts, like the Supreme Court of the United States (SCOTUS), can overturn their prior decisions. However, they tend to do so extremely reluctantly. As described by the Supreme Court, stare decisis “promotes the even-handed, predictable, and consistent development of legal principles, fosters reliance on judicial decisions, and contributes to the actual and perceived integrity of the judicial process.”

The doctrine of stare decisis or “settled law” often comes up during Supreme Court confirmation hearings. In recent years, the context has been whether or not the nominee thinks Roe v. Wade was wrongly decided and/or should be overturned.

Potential Supreme Court justices typically don’t answer the question, but rather reassure senators that they recognize the importance of respecting Supreme Court precedents.

“I understand the importance that people attach to the Roe v. Wade decision, to the Planned Parenthood v. Casey decision,” Kavanaugh told Senator Dianne Feinstein. He went on to note that Roe has been reaffirmed many times over the past 45 years, referring to it as “precedent upon precedent.”

The truth is that the court can always overrule its own precedent, a fact that Kavanaugh noted in a memo he wrote about the Roe case while working as a White House lawyer. In fact, the Supreme Court tends to strike down at least two precedents each term.

When they reach the bench, justices who previously characterized Roe v. Wade as settled law have voted to erode its protections. In his confirmation hearing, Chief Justice John Roberts stated that Roe is “settled as a precedent of the court, entitled to respect under principles of stare decisis.” Justice Samuel Alito affirmed that Roe is “an important precedent of the Supreme Court” during his confirmation hearing, while Justice Clarence Thomas simply acknowledged the court’s holding.

In Supreme Court cases involving abortion rights, all three conservative justices have voted to restrict access. In a dissenting opinion in Casey, Justice Thomas wrote: “We believe that Roe was wrongly decided, and that it can and should be overruled.” Roberts, Thomas and Alito all dissented in Whole Woman’s Health v. Hellerstedt, a 2016 case that struck down a Texas law for placing an undue burden on women seeking an abortion.

Knowing these facts, it is not surprising that President Donald Trump’s efforts to reshape the court have generated overly contentious partisan battles. Given that landmark cases can be overturned, the nomination of a liberal justice who might later vote to weaken the Second Amendment would generate the same fierce opposition from the other side of the aisle. 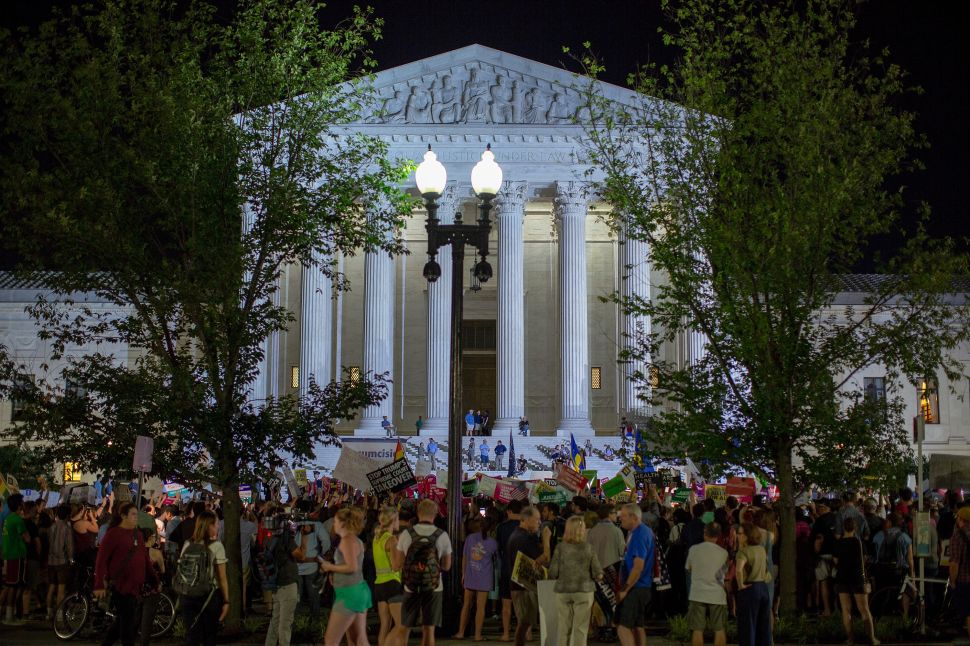