Taylor Swift‘s Reputation tour has already racked up $191 million in the United States, and now the feline-loving pop star has added a few million more to her bank account.

Swift just sold a four-bedroom, four-and-a-half-bathroom home in Beverly Hills, and even though she didn’t earn the full haul she was hoping for, we assume she’s doing just fine.

Swift first listed the 2,950-square-foot pad for $2.95 million in March, and it found a buyer the very next month. Alas, the deal must have fallen through, as it appeared back on the market for $2.85 million in May. It turns out she had to accept a lower offer in the end, as the Los Angeles Times reports she has finally shaken off the home for a final sales price of $2.65 million. It’s still a noticeable profit given the $1.78 million she paid for it in 2012.

The single-story, midcentury-style house is filled with floor-to-ceiling sliding glass doors, and it has numerous skylights, most notably in the entryway. The main living room contains built-in wooden bookshelves and a fireplace, while the kitchen (perfect for baking!) features wood cabinetry, stainless steel appliances, black tiled flooring and a booth-style breakfast nook, where we imagine Swift would sit with her various supermodel pals before they retired to the living room to watch anything but Keeping Up With the Kardashians.

T-Swift’s former pad also has a 1,000-bottle, climate-controlled wine cellar, and the outside boasts a private courtyard and a garden, as well as a pool. The listing, held by Sotheby’s International Realty broker Drew Mandile, also notes the “elaborate” security system with 11 cameras, which we’re not particularly surprised by, considering Swift has been forced to deal with multiple stalking incidents, including some involving intruders attempting to enter her homes.

The “Bad Blood” singer hasn’t actually resided in this home for a while, though. She was apparently using it as a guest house—convenient since Swift previously maintained a residence just down the street, which she purchased for $3.55 million in 2011 (she sold that one for $4 million earlier this year).

Perhaps it’s no surprise Swift is selling this house—she has more than enough room for guests in her other place in Beverly Hills. She bought the historic Samuel Goldwyn Estate for $25 million in 2015, and is attempting to turn it into a fortress of sorts. Complete with 14-foot walls, it’ll be fit for a princess. 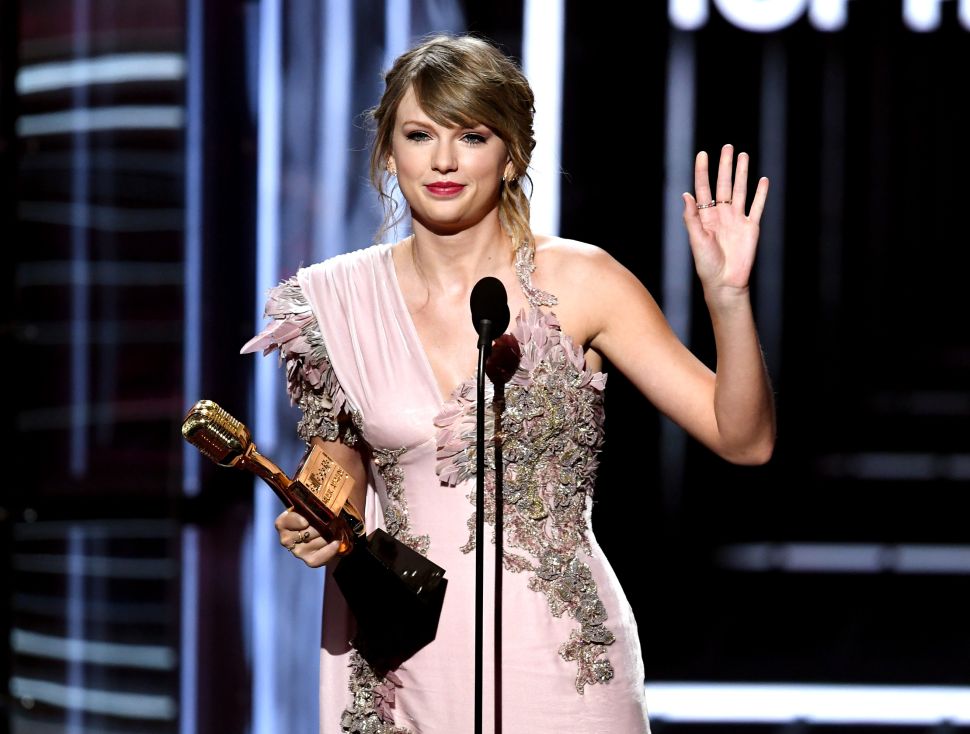