The Sisters Brothers is the silly title of a screwy, offbeat shoot-em-up set in the rugged Oregon territory during the 1851 California Gold Rush, based on a Canadian novel, directed by a French director (Jacques Audiard, whose knowledge of the Old West is questionable), and filmed in Romania, which looks about as much like Oregon as downtown Hong Kong. Of course it tries to be fresh and different, functioning more as a black-comedy character study than an action thriller. Mostly it’s a misguided mess.

The focus is on two vicious outlaw brothers who earn a living as murderous gun slingers working for a cutthroat mob boss called The Commodore (Rutger Hauer). Charlie Sisters (Joaquin Phoenix) is a dedicated killer who mercilessly litters the terrain with corpses, and splatters saloons, brothels and boarding houses with blood. He’s a schizophrenic drunk who loves his work and wants to go on torturing and killing forever, while his more sensitive sibling, Eli Sisters (John C. Reilly), daydreams between massacres about retiring, going home to Mama, and opening a grocery store.

But first they must dutifully follow The Commodore’s orders to track and assassinate their latest targets: a prospector named Hermann Kermit War (Riz Ahmed) who has invented a secret scientific formula that can be poured into a river to light up all the gold in the , and his traveling companion John Morris (Jake Gyllenhaal), who is just as keen on the get-rich-quick invention as The Commodore. Strangely, the mismatched foursome is forced to team up for survival as they encounter myriad hazards and plot contrivances along the Oregon Trail across the Sierra Nevada to San Francisco, including witches, man-eating bears, murderous fur trappers, and a masculine madam who owns a town.

Conveying a time and place when distance was measured in days instead of miles, the meandering pace slows down the trajectory and the plot hangs by a thin membrane, but the imaginative cast guarantees the movie is not without an occasional highlight. They show the hardships but also the new ideas of the changing west (there’s a recurring joke about how Eli becomes fixated with the latest modern invention, toothpaste).    Motivations are not always clear and Audiard’s thematic subplots (such as the beginning of Democracy in lawless times) don’t amount to much more than sketchy ideas, but Phoenix and Reilly, although broad caricatures, are darkly funny. The brutal action stuff, which is far too gruesome for most tastes, is skillfully shot, but I could do without all the suffering, injured and dying horses, and The Sisters Brothers lost me at last when Eli cuts his brother Charlie’s arm off with a hacksaw.

Not my bowl of campfire cowboy chili, but to some a movie that is different for the sake of nothing else can be its own reward. 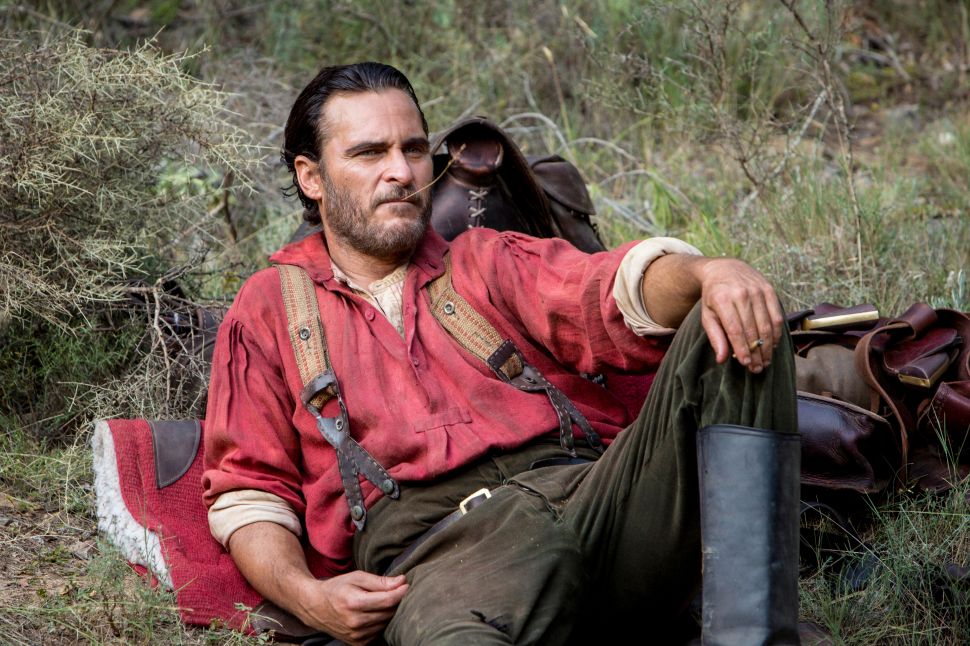