Tomorrow, millions of college students will return to their campuses or arrive for the first time. While the first day of school is exciting (or not), to many students it also means the beginning of piling up student debt for another year.

College students in the U.S. are taking a record high amount of loans to finance their education. At a total outstanding balance of $1.52 trillion, student loan debt is now the second largest type of consumer debt behind only mortgages in the country.

Per data from the National Center for Education (NCE), students attending expensive private schools often borrow significantly more. According to the latest data (2017) from Peterson’s Undergraduate Financial Aid Database, an average 2017 graduate from one of the 10 most student debt-laden schools owed $59,327. The top-10 ranking was based on financial aid data collected from 1,080 four-year public and private institutions in the U.S.

These mounting debts are also taking borrowers longer and longer to pay off. According to the Department of Education’s official statistics, by 2016, the default rate of student loans sat around 10 percent. However, the real situation of student debt default was much worse, said Ben Miller, a senior director for postsecondary education at the Center for American Progress, in a commentary for The New York Times last week.

Below are the top 10 schools with the highest average student debt ranked by Peterson and the average debt owed by their 2017 class. To no one’s surprise, private schools on the East Coast claimed nine of the top 10 spots, and four of those are located in New York City. 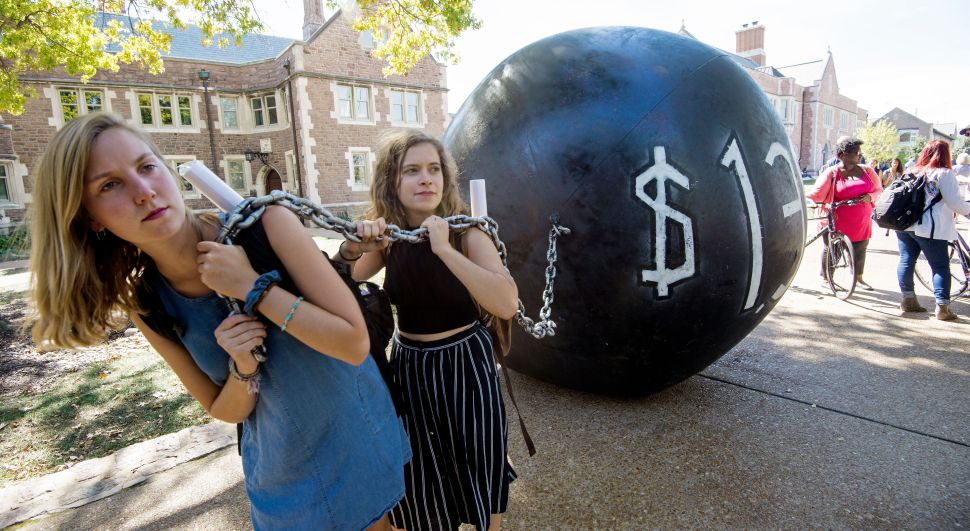