When it comes to chaos in the Trump administration, you can bet on it—literally.

Yesterday, a White House official wrote in an anonymous New York Times op-ed that members of President Donald Trump’s staff work to “thwart parts of his agenda and his worst inclinations.” Since the story went viral, First Lady Melania Trump, Vice President Mike Pence and other administration officials have all denied they penned the piece.

But of course, that hasn’t stopped the internet from speculating about who wrote the viral missive. And now these people are putting their money where their mouth is. Several betting sites are giving their customers the chance to bet on who wrote the op-ed, and whether or not Trump will charge the writer with treason.

MyBookie placed the vice president at the top of its betting pool (2-3) because the op-ed includes the word “lodestar,” a Pence favorite. Education Secretary Betsy DeVos (2-1), Secretary of State Mike Pompeo, Treasury Secetary Steve Mnuchin and Chief of Staff John Kelly (all 4-1) round out the top five candidates.

By contrast, Canadian gambling site Bovada put Attorney General Jeff Sessions in the top spot with 5-2 odds. He’s followed by Pence (3-1), Defense Secretary James Mattis (4-1), United Nations Ambassador Nikki Haley (10-1) and “Javanka” (Trump’s daughter Ivanka and/or son-in-law Jared Kushner, both 15-1). The president himself is a 25-1 bet, since he’s pretended to be his own publicist in the past.

“He only ever praises himself, so if he wrote this, it would really turn the tables,” Bovada’s chief oddsmaker Pat Morrow told Observer.

There aren’t exact stats yet about how many people have bet on the Trump op-ed. But over 100,000 people have placed Trump-related bets on Bovada since he announced his candidacy.

“When he first descended that escalator in Trump Tower in New York, we knew right then and there it would be a good opportunity,” Morrow said.

It turned out to be more than that: Trump is actually the most popular prop bet on the site. Since the president is so unpredictable, trying to guess what he’ll say or do has become even more of a game than usual. There are currently ongoing bets about whether Trump’s Supreme Court pick Brett Kavanaugh will be confirmed, and whether Trump himself will be impeached.

Bovada also wagers on primaries and special elections, a practice that began during the 2016 presidential campaign.

“A lot of the stuff happening on this day right now gets more wagers,” Morrow said.

Of course, Bovada offers conventional sports betting as well. But given all of the Washington chaos, the politics wagers might just be more exciting. 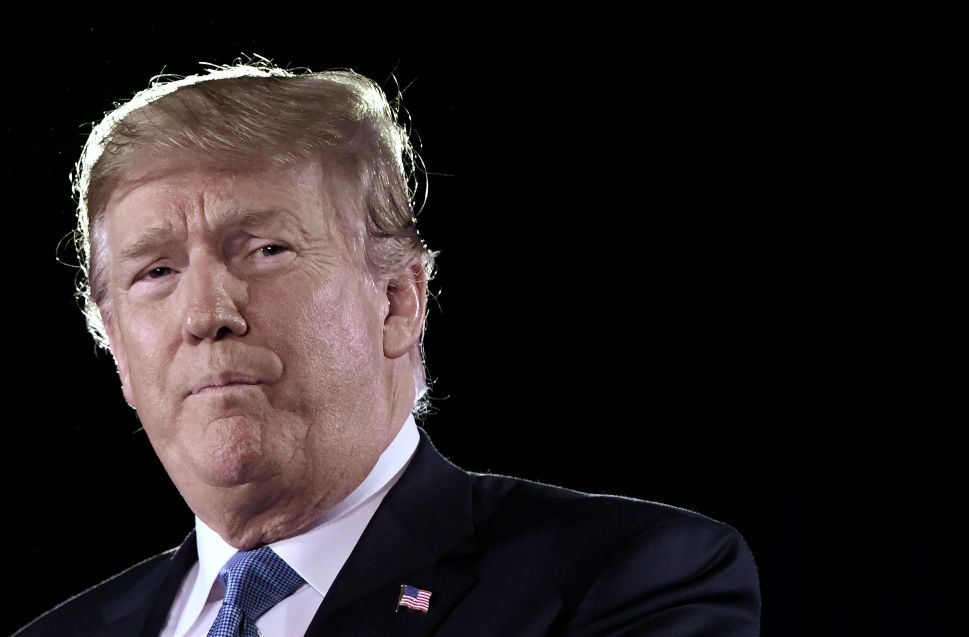