Leading Democratic strategists are criticizing yesterday’s controversial New York Times op-ed, in which an anonymous “Senior Trump administration official” discusses working behind the scenes to fend off a “constitutional crisis.” The concerns mostly involve the piece’s anonymity, and whether its publication plays into President Trump’s playbook.

“Publishing a nameless piece is begging to be called what Trump calls them and the media daily,” Philippe Reines, a former senior advisor to Hillary Clinton, told Observer. “He’ll deny anyone working for him would say this, so it must be someone from the Deep State. Proof!”

“If you look at Fox News coverage last night and this morning, it was deep state, deep state, deep state,” reaffirmed political strategist and Observer contributor Jon Reinish. “In a very perverse way, it gives him a win with his base, which is obviously the only thing that motivates this man.”

Jennifer Palmieri, who also worked on Clinton’s 2016 presidential campaign, wrote on Twitter that the author “could easily be someone most of us have never heard of & more junior than you’d expect. Like a deputy at legislative affairs or NEC.” When asked by a Twitter user if the New York Times faced credibility and optics issues if the author was revealed as someone “less than” a senior official, Palmieri agreed.

Fwiw, based on my experience with NYT sourcing rules for Administration officials, this person could easily be someone most of us have never heard of & more junior than you’d expect. Like a deputy at legislative affairs or NEC.

Responding to an article published in The Atlantic by David Frum—where the former George W. Bush speechwriter accused the author of throwing “the United States into even more dangerous turmoil”—Democratic Congressman Ted Lieu (D-Calif.) called the anonymous official “a coward.”

I've been thinking about the #Anonymous OpEd in the @nytimes & I tend to agree the author is a coward. That person, and the complicit GOP Congress, won't save us from an unfit @POTUS.

But the cavalry is coming. And that is you. Work like you never have before to flip the House. https://t.co/mI64qJPifS

“The essay was not interesting enough or specific enough to warrant anonymity,” explained Reines. “It stated what we have heard before from several books and what we’re about to get a good dose of from Woodward. Especially if it turns out to be an appointee far down the food chain. The Times did this to catch up with The Washington Post after getting their ass kicked yesterday.”

“As usual, The Times is trying too hard,” continued the politico.

Like Lieu, Reinish also dismissed the op-ed’s publication as an act of bravery, citing lucrative ventures its author will likely reap should his identity be revealed.

“They are not going to face the extraordinary damage to their own reputations that I think every other White House staffer is going to. They will also set themselves up for a lot of business opportunities,” said the strategist. “Democrats should keep on talking about Kavanaugh, healthcare, taxes, security, immigration. What [the op-ed] does do in a way that tangentially benefits Democrats is that it increases the already massive level of distrust the public has toward the president.”

“Time will tell,” responded Adam Parkhomenko, a former Clinton advisor and DNC field director, when asked if The Times op-ed benefits the president. 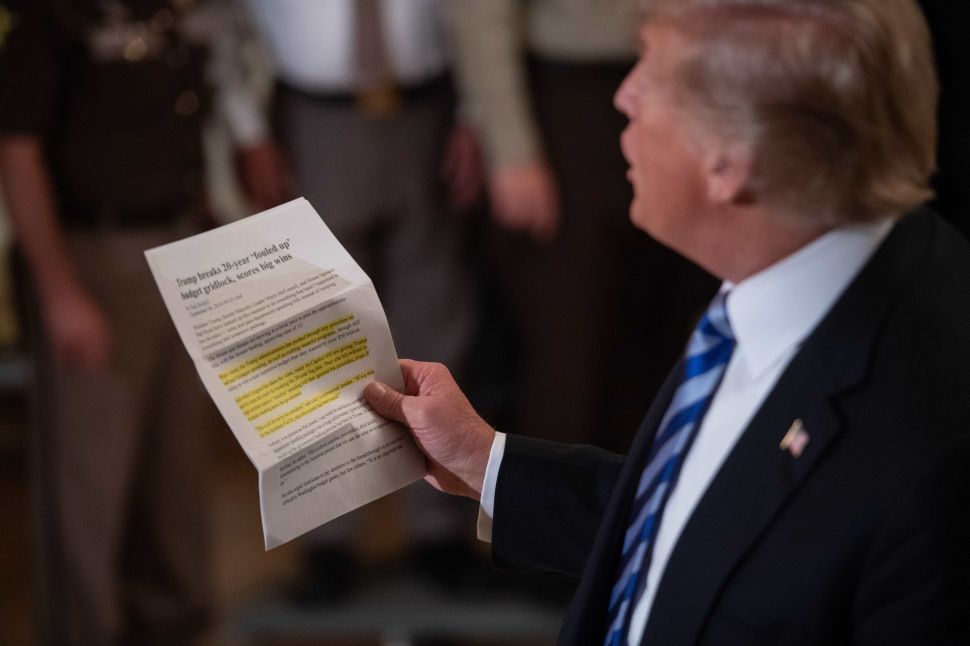