For decades, American voters lamented the inordinate amount of influence that 12 swing states wielded in choosing the leader of the free world. However, the same voters might actually look back on those days fondly as the 2020 presidential election approaches.

America’s increasingly partisan divide in the aftermath of the 2016 election will have long-lasting effects on the U.S. political landscape. However, the greatest repercussion may be the incredibly disproportionate impact that 206 “pivot counties” will now have on the 2020 presidential race. Despite only representing approximately five percent of the total voting population in 2016, voters in these counties are likely to find themselves at ground zero in the run-up to 2020.

The term “pivot counties” refers to 206 counties identified by Ballotpedia that voted for Donald Trump in 2016—after voting for Barack Obama in 2008 and 2012. According to Sarah Rosier, news director at Ballotpedia, “President Trump won these pivot counties by more than 580,000 votes, sustaining an average margin of victory of 11.5 percent.” This, in spite of the fact that Obama’s margin of victory had nearly mirrored Trump’s in those same counties.

There are 34 states, in total, that possess pivot counties. Iowa has the most pivot counties with a total of 31, and Maine has the highest percentage of pivot counties, representing approximately 50 percent of the state’s total counties. Overall, these 206 counties cast 7.5 million votes in 2016, which only accounted for 5.5 percent of all ballots cast in the 2016 election. Between 2012 and 2016, the Democratic popular vote margin declined by 2.1 million votes. Even though these 206 counties make up only five percent of total votes, they accounted for 51 percent of that decline. Of these 206 counties, 57 have voted for the eventual winner in each presidential election dating back to 2000, establishing one of the greatest bellwethers of American politics in recent memory.

As the nation’s voters seemingly move further to the poles of the American political spectrum, how someone could vote consecutively for Barack Obama, and then cast a vote for Donald Trump, has left many scratching their heads. More than half of the pivot counties reside in Iowa, New Hampshire, Michigan, Minnesota, Maine, New York, Ohio, Pennsylvania and Wisconsin. These 126 pivot counties that reside in former blue wall and/or swing states acted as political demolition charges in 2016, crumbling the blue wall to much Democratic dismay.

The only path to victory for either party will be through these 126 counties. Iowa and New Hampshire are particularly important, as they are the staging ground for the first two critical presidential primaries. It should be no surprise then that 31 of the 43 presidential rallies that have taken place since Trump’s “Thank You Tour” kicked-off in December 2016 were located in states that contain a high number of politically critical pivot counties.

According to Rosier, “these are going to be battleground counties again in 2020, and [the president] desperately needs to hold on to them.” Rosier also stressed that these pivot counties represent the “bedrock of the populism movement.”

This might explain why the president has been flouting more traditional political thinking recently, focusing on solidifying his base rather than trying to win over new potential voting audiences. According to Rosier, “by focusing on where he already has strongholds,” the president has been able to support certain embattled Republican candidates, while also shoring up critical pivot county support. This might also explain the president’s more disciplined messaging at recent rallies. Trump’s talking points tend to focus on certain key issues which White House officials know pivot county voters are passionate about, including the economy, jobs numbers, and re-leveling the international playing field for American manufacturing workers. Topics that were featured prominently in his early rallies, such as “crooked” Hillary Clinton, building the wall and MS13, seem to have been relegated to cheap applause lines.

The president and his campaign staff are not the only people paying attention to pivot county voters. At a time when swing voters appear to be a forgotten relic of better times, pivot counties offer political strategists a clearly defined target to influence in the run-up to the 2020 election. However, this also offers interest groups a rare opportunity to influence the White House’s policy decisions through bank shot constituent engagement strategies.

After Barack Obama’s historic 2008 victory, political svengalis raced to identify what allowed the Obama campaign to outperform even the most generous projections. Pundits hastily proclaimed their micro-targeting email campaign and social media strategy as the defining factor behind the president’s win. Ten years later, those types of digital campaigns have reached economies of scale, allowing virtually any sized organization to flood the digital marketplace with campaign messaging. However, while virtually any organization can run a digital campaign, it takes a significant investment to break through the tidal wave of competing messaging that bombards voters on a daily basis. Few organizations have the resources to truly break through on a national scale, something even the national political parties struggle to do.

However, pivot counties allow special interest groups to hyper-target their campaign messaging for this minuscule sect of American society that is potentially more influential than any other subcategory of American voter in history. According to a senior democratic political advisor who spoke on the condition of anonymity, “we’ll soon see more savvy special interest groups abandoning national campaigns to put all of their effort into these swing counties,” thus forcing presidential candidates to absorb their positions into their national platform.

In addition to influencing the policy platforms of 2020 presidential hopefuls, seasoned Washington political operatives understand that both parties and the president’s reelection campaign are tracking political sentiment in pivot counties in real time. Perhaps the worst kept secret in Washington is that the Trump administration tends to be incredibly difficult to influence on any particular policy issue. Engaging the president on any issue typically entails running a government relations gauntlet that requires navigating tricky internal political infighting, something few organizations have accomplished.

To circumvent this lesson in futility, political strategists can now simply focus on shaping sentiment in pivot counties, and thus the polling in those districts. This allows special interest groups to sell the administration on the polling numbers rather than on the actual policy. According to a Republican political strategist, now working as a consultant to Fortune 100 companies, “this is a much cheaper and less frustrating solution.”

Washington will continue to focus on battleground districts across the country until November 6, but be prepared for their attention to quickly refocus on pivot county voters with an Eye of Sauron-like gaze.

For the five percent of the American population that lives in one of these counties, be prepared to be inundated with political messaging on a nearly 24-hour basis for the next two years. Unless the American electorate moves back toward the center, creating the potential for new pivot counties, the other 95 percent of American voters may be sidelined during what could be one of the most consequential presidential elections in two generations. According to the senior democratic party advisor interviewed for this piece, “this probably won’t bode well for our democracy in the long run.” 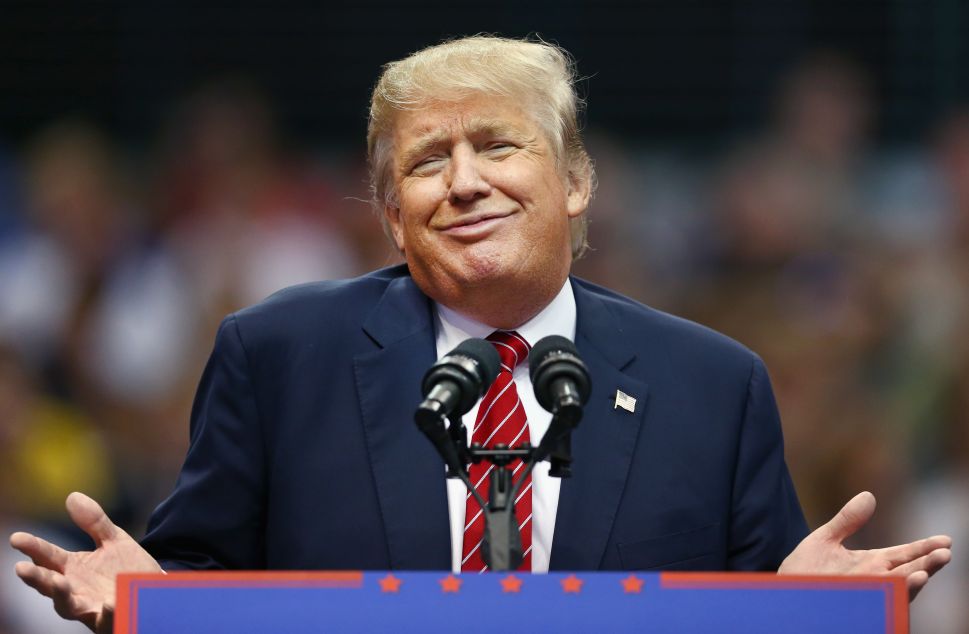