Amazon and Apple have taken over just about every corner of our lives. Their next stop is the doctor’s office.

Both companies have introduced medical innovations in recent days that could turn Alexa and Apple Watch into digital physicians.

First, Amazon recently filed a patent which would help its artificially intelligent smart speaker detect unusual changes in a person’s voice and speaking patterns without input from the user. The U.S. Patent and Trademark Office made the proposal public today.

The Amazon Echo feature would allow Alexa to automatically pick up on auditory clues like coughs and moans, then suggest remedies such as eating chicken soup or taking cough medicine. It could even play ads for preferred medicines and purchase those items with one-hour delivery.

“Physical conditions such as sore throats and coughs may be determined based at least in part on a voice input from the user,” the patent explains. “A cough or sniffle, or crying, may indicate that the user has a specific physical or emotional abnormality.”

Just because Amazon files a patent doesn’t mean the product will ever see the light of day, however. The company has patented delivery drones and employee tracking bracelets in recent months, but neither has actually been released yet.

Apple, on the other hand, is much further along in the process. The tech giant is teaming up with medical device company Zimmer Biomet on an app for knee and hip replacement patients. The myMobility app for iPhone and Apple Watch would give patients guidance before and after procedures, let surgeons track their progress and allow for secure messaging between doctors and patients.

Along with the app, Apple and Zimmer are launching a clinical study that will assess myMobility’s impact on patient outcomes and costs. The 10,000 study participants will be the first people to use myMobility over the next two years, though it will be available for general use at some point. Fitbit is working on a similar project.

Apple Watch has made a big push into the $3 trillion U.S. health business of late. Last year, the FDA cleared Apple’s health sensor KardiaBand for medical use to detect irregular heartbeats. The company is now working with Stanford University’s School of Medicine on a study to determine KardiaBand’s effectiveness.

The Apple Watch is also being used to track ailments like binge eating, postpartum depression and Parkinson’s disease.

Will Amazon follow in Apple’s footsteps and become a medical powerhouse? Only time will tell. 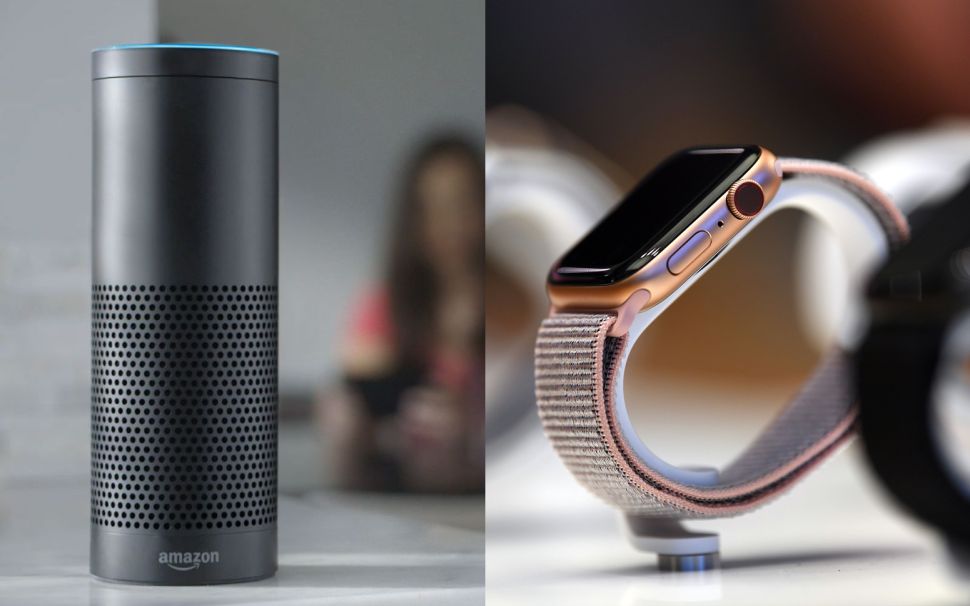