A.R. (“Pete”) Gurney was my good friend and Connecticut neighbor, and a prolific, award-winning playwright who dedicated his career to the pursuit of saluting the survival of the American WASP.

In dozens of novels, opera librettos and hit plays such as Love Letters, The Dining Room, The Cocktail Party and Sylvia, he was a one-man system of checks and balances chronicling the world of White Anglo-Saxon Protestants the way Woody Allen and Neil Simon kept Jewish humor alive and kicking. But like many great writers, the critics eventually picked him apart like carrion, often labeling his work “old-fashioned.” Before he died unexpectedly on June 13, 2017, he resolved to prove that he could write the kind of hip, cursory, very often incomprehensible contemporary gibberish today’s so-called reviewers adore.

The result, a Primary Stages production directed by David Saint and currently on view off-Broadway at the historic Cherry Lane Theatre in Greenwich Village, is a theatrical “about face” in the form of three farcical one-acts about “the waning of the WASP culture” under the umbrella title Final Follies. While it is always a treat to experience new work (or any work) by Gurney, I must truthfully confess I found this compilation the second-rate output of a talented man on an off day with nothing better to do. The final play out of his word processor, along with two older plays dredged up from his filing cabinet, are, I admit with sad regret, a disappointing compromise, and not his finest work.

In the earliest, emptiest and most pointless of the three plays, The Rape of Bunny Stuntz, the excellent Broadway veteran Deborah Rush plays a chirpy dispenser of phony charm who chairs a community club meeting that exists for the purpose of cheering up people with dull, dreary lives while trying to conceal her own lustful private life. She suspects a man in the parking lot honking the horn of a red Impala is someone who wants to join the club meeting, but he shouts out that he just wants to return the key to the club box that contains the endless memos a good WASP lady needs, claiming she gave it to him last Tuesday. Impossible, because her Tuesday schedule is overcrowded with errands, shopping, appointments and good works. Oh, well, maybe she overlooked her chores that day, and OK, he is sexy. When he pitches the key in through the window it opens the box, but—the box is empty. Say what?

The equally pointless and chaotic Love Course centers on the final class in an undergraduate course in romantic literature taught by two eccentric neurotics, and the two students who took the course for all the wrong reasons and end up teaching it. There’s a tremendous amount of academic talk about the literature of love, encompassing everything from Plato’s Symposium to Shakespeare, Emily Brontë and Flaubert’s Madame Bovary, but although most of it is intelligent, the sentences are like loose ends of string that never connect or add up to anything meaningful. Betsy Aidem has moments of hysteria as the loony, flamboyant professor whose contrast has not been renewed, but it all collapses in a puddle of confusion.

Final Follies is unlike anything A.R. Gurney has ever written. This is not a good thing, because satirizing the time-honored traditions and behavioral patterns of the WASP lifestyle is not his strength. The evening is a triptych of need, desire and stupidity that underscores the frustration of an author who unwisely surrendered to the charge of being “passé” when he had nothing to prove, improve, or apologize for. Every successful playwright has written plays with varying degrees of triumph and failure, but I’ve never seen anything from A.R. Gurney as superficial and unfocused as Final Follies. 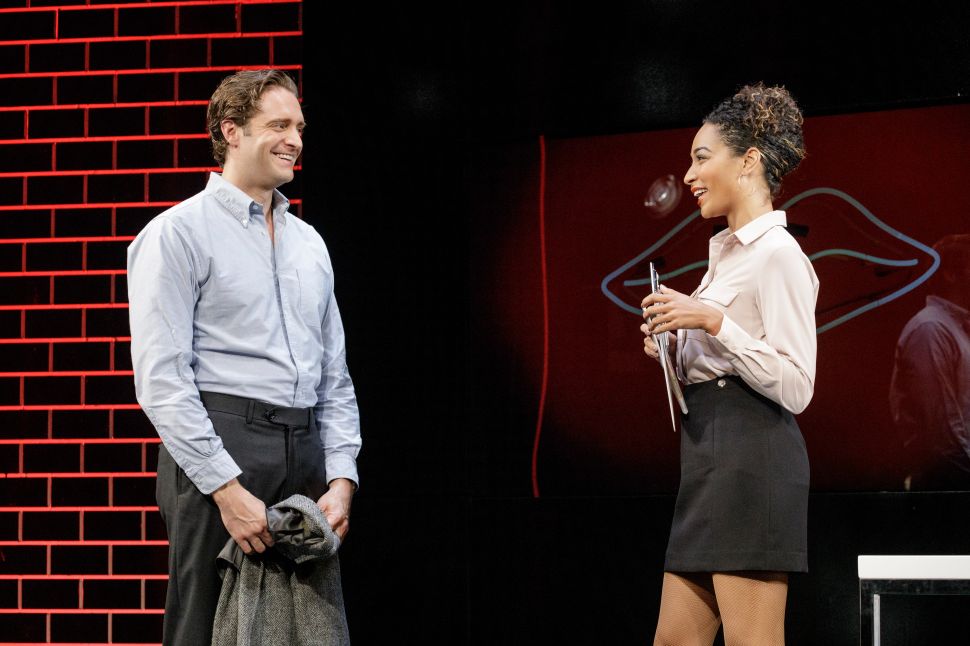