Rep. Kyrsten Sinema (D-Ariz.), the Democratic Senate nominee in Arizona, once summoned a group of “feminist witches” called Pagan Cluster to protest the Iraq invasion and celebrate International Women’s Day, according to emails obtained by Washington Examiner. As an anti-war organizer staging a protest in 2003, Sinema encouraged the sorceresses to don “colorful clothing and come ready to dance, twirl, and stay in touch with your inner creativity and with the Earth.”

This wasn’t the only rally where Sinema employed magic to battle the dark forces of indefinite military occupation. Later that year, the Democrat attended another anti-war protest in Miami alongside other Pagan activists. In an email describing the event, Sinema writes about “singing and spiraling in the pagan’s circle” before police forces threw sound bombs and pepper-sprayed the activists.

Sinema is in a tight Senate race against Republican Congresswoman Martha McSally.

“Witch hunts” are as tired as Washington cliches get, but it appears conservative media has found actual witches ahead of the Arizona election. 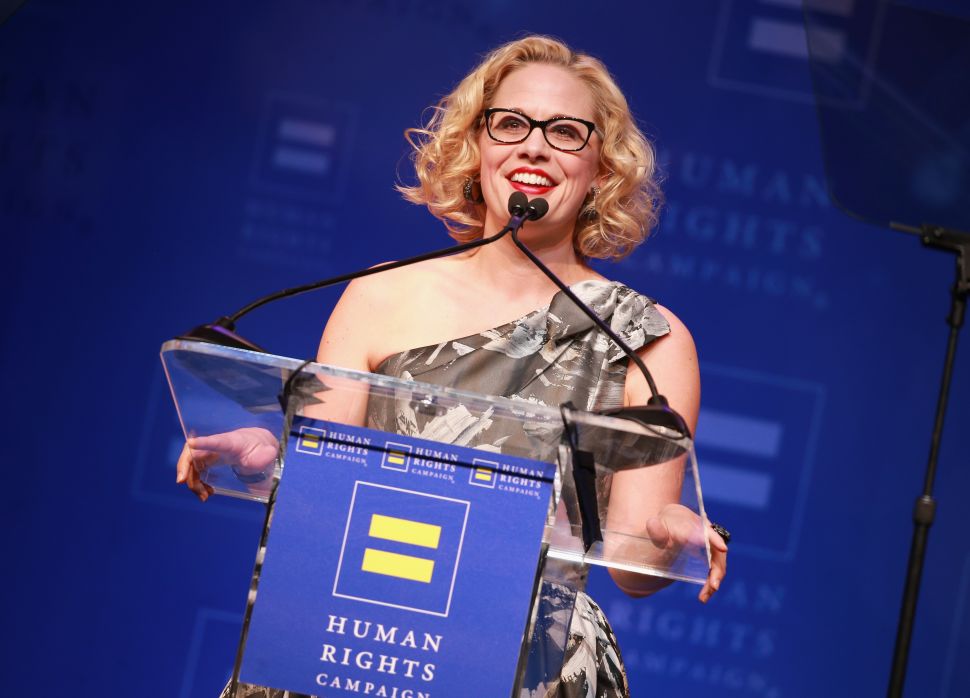