A certain celebrity-infested Tribeca building has welcomed two more familiar faces. It turns out that Bella Hadid and the Weekend are the latest pair to move into 443 Greenwich, a sleek condominium that prides itself on being “paparazzi-proof.”

Despite the aforementioned declaration, Hadid and the Weeknd have been snapped heading in and out of the building a few times. The couple, who started dating in 2015 before breaking up in late 2016, got back together earlier this year, and apparently they’ve taken a big step in their relationship: The New York Post reports that they’re living together in a triplex penthouse rental.

The four-bedroom, four-and-a-half-bathroom apartment was last listed for $60,000 a month and went off the market earlier in October. The couple have already added their personal touches throughout the 5,004-square-foot pad, as the Weeknd revealed in a story posted to his Instagram—the coffee table in the living room is filled with glossy magazine covers featuring his girlfriend.

An elevator opens directly into the home, which has white oak plank floors throughout. Aside from Hadid’s magazine covers, the great room, which has double-height ceilings and wooden beams, features a marble-encased gas fireplace.

The master suite has multiple closets, which was presumably a big draw for its model occupant. The bathroom is bedecked with marble walls, a freestanding egg tub and a glass-enclosed shower with a stone bench and heated floors, per the listing shared by Douglas Elliman brokers Tal Alexander, Oren Alexander and Jared Schwadron.

The top floor has a spare room with floor-to-ceiling glass doors that open out to a 1,000-square-foot private terrace with a built-in kitchen containing a grill, a fridge and a sink. The terrace also has a garden area, which the Weeknd has already put to good use on social media.

No news if the couple have invited the neighbors up for a housewarming fete, but the building’s other residents include Blake Lively and Ryan Reynolds, Justin Timberlake and Jessica Biel, Jake Gyllenhaal, Harry Styles and Jennifer Lawrence. 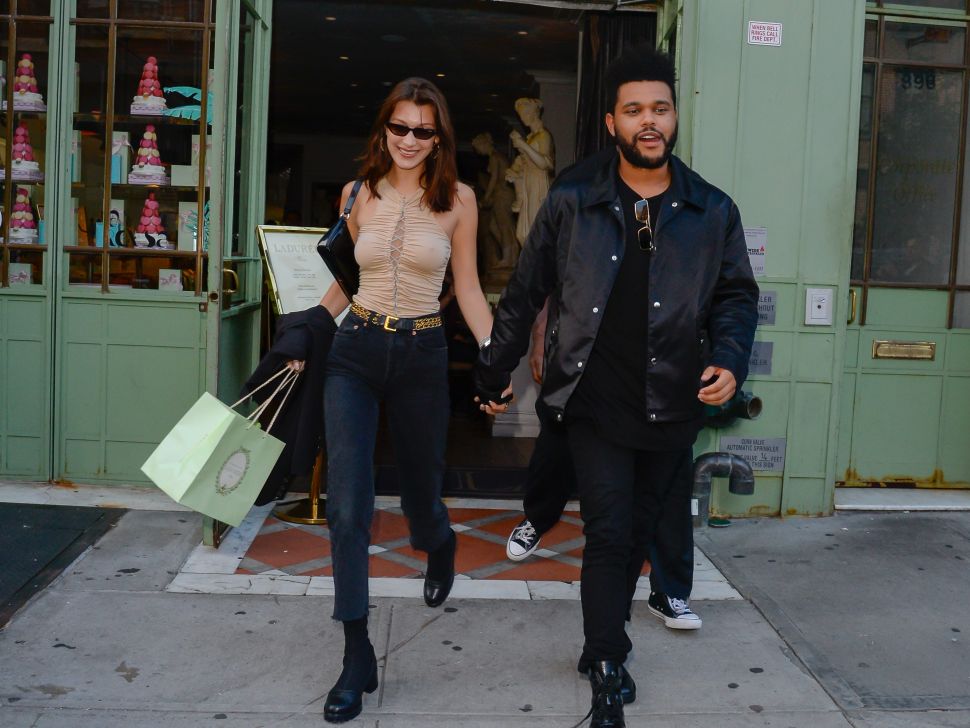