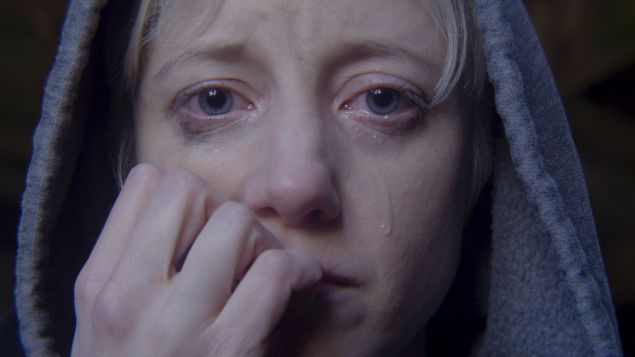 It’s October, which means we’re carving pumpkins, overthinking costumes (“Halloween’s Michael Myers but the mask is actor Mike Myers?!”) and bingeing some excellent new horror television. If you need help with the TV part, we have you covered on what to stream—or do we mean scream?—this Halloween.

While visionaries like Jason Blum and Jordan Peele have spawned a modern horror renaissance on the big screen, television is not far behind (and not without their help). With a more flexible format, TV can offer more immersive worlds, layered characters and sleep-depriving scares. And 2018’s horror television slate does not disappoint. We have thrills, chills and Ryan Murphy crossover seasons. This year, showrunners have been pushing the boundaries even further, so there’s definitely a new show in the caldron for you. In addition, streaming services are offering up a bevy of classics for when you’ve finished bingeing 2018’s best—or just if you really want to deep-dive into the origins of the genre. 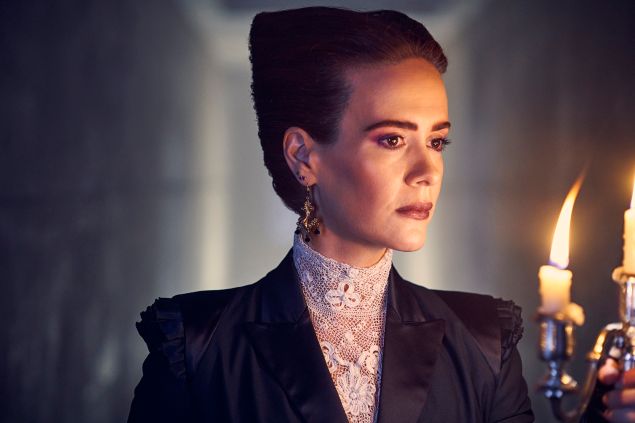 If you’re looking for a little camp in your Halloween television, unsurprisingly, Ryan Murphy has you covered—in blood! AHS: Apocalypse is a crossover season (fun!) that sees characters from Murder House (Season 1) and Coven (Season 3) commingling—in an underground bunker after the world ends. And if you need refreshing, all previous seasons of Horror Story are on Netflix. 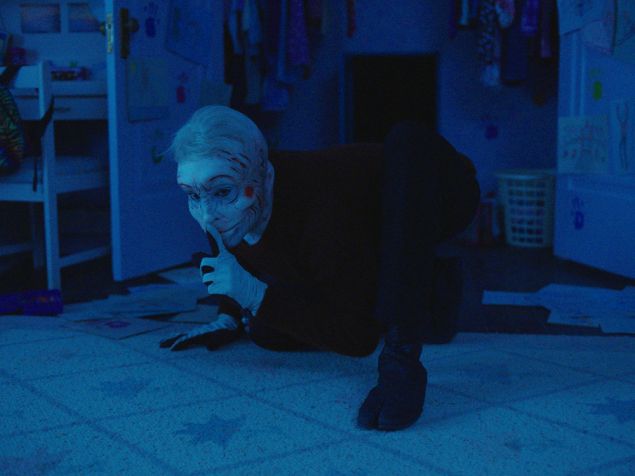 Channel Zero, a SyFy project helmed by Nick Acosta, uses different internet horror stories (creepypastas, if you will) to spawn its sinister tales. In its fourth season, a young couple with some serious #trust issues finds a prominently placed door in their basement that, well, wasn’t there before. Some doors, especially around Halloween, are better left closed. Channel Zero has risen to become one of the best horror shows on TV. Watch this space!

Kiernan Shipka in the Chilling Adventures of Sabrina. Netflix

The Chilling Adventures of Sabrina (Netflix)

From the team behind Riverdale (cult favorite of teens and people always on Twitter) comes another Archie Comics adaptation that goes even darker. The Chilling Adventures of Sabrina follows its titular witch who, on her 16th birthday, has to choose between joining the ranks of her supernatural family or sticking by her mortal friends. Based on the super fun trailer and the fact that Riverdale is such a hit, Sabrina seems like another haunted home run for Netflix. Though no Melissa Joan Hart cameo? Sad! 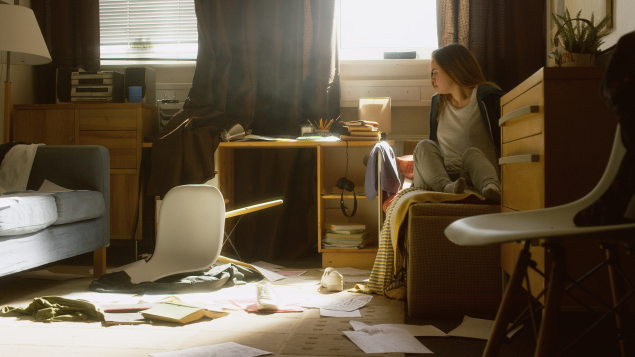 In this non-fiction docuseries, real people sit down with friends and family to recount horrifying stories and paranormal encounters of their past. Netflix docs rarely disappoint so true crime fans, you know what to do. 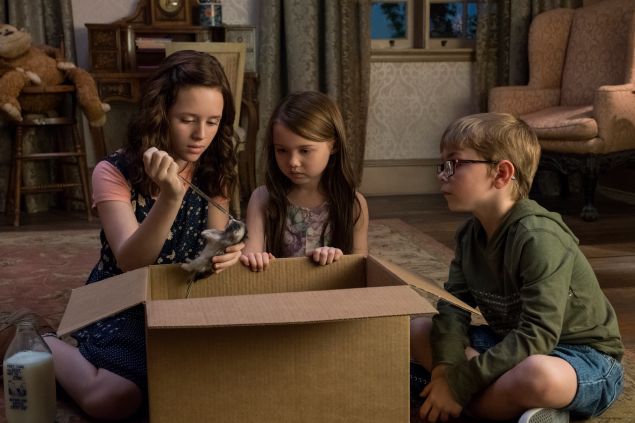 The Haunting of Hill House. Netflix

The Haunting of Hill House (Netflix)

An adaptation of Shirley Jackson’s iconic novel, Netflix’s The Haunting of Hill House has everyone—and Stephen King, and us—raving. The show centers on five siblings who grew up in the most haunted house in America (though they didn’t know that then). As adults, all defined by this experience, they reunite at the home after tragic events to confront ghosts of their past…who are literal ghosts.

With stellar acting, stunning visuals, and a much more grounded universe than most Halloween shows, here is a series that stands out. The Haunting of Hill House is a welcome addition for horror fans who want something more adult than Stranger Things (no disrespect to the Duffer Brothers) but with the same potential to become a huge hit.

Alfred Hitchcock pioneered the horror anthology format (several scary stories wrapped in one) with this legendary show, thus changing television forever. While the master of suspense directed 17 episodes, other legendary directors took a turn as well, like Robert Altman—and Roald Dahl wrote six of them. One of the most famous, “The Man From The South,” stars Steve McQueen and Peter Lorre and involves a macabre bet. It’s all streaming on Hulu. 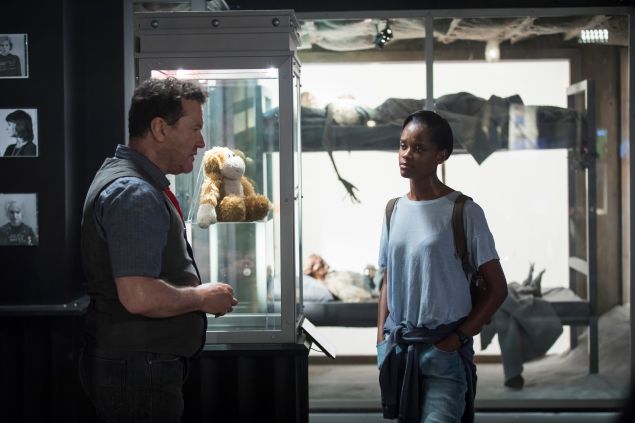 Black Mirror, the British, Emmy-winning horror anthology series about technology that always makes me think of this video, is a Netflix obligation. Each episode tells a different story about human relationships and how they are affected by technology; some are fear-inducing, others tear-inducing (take me back to San Junipero…), but they’re all fun. This Halloween, I’d recommend “Playtest,” in which a backpacker in Japan gets a gig with a video game visionary to test out his highly experimental, slightly too immersive, new game. Also, showrunner Charlie Brooker’s 2008 show Dead Set, which is about a zombie outbreak in the Big Brother house, is a blast and also on Netflix. 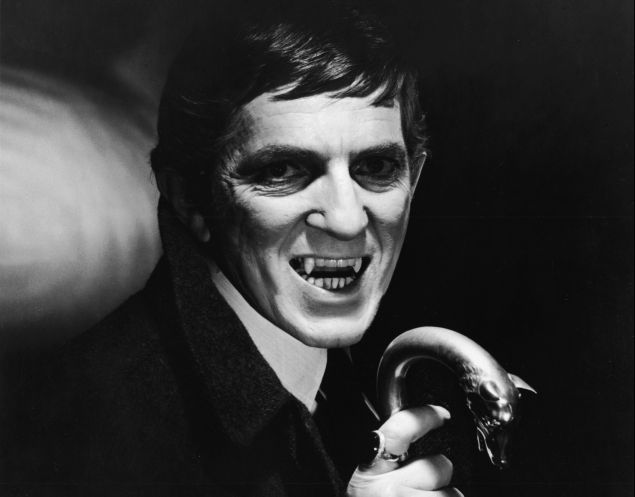 NOT the Johnny Depp movie of the same name, Dark Shadows is a 1960s American Gothic TV chestnut focused on a love triangle of two women and a vampire in Collinsport, Maine. With soap opera qualities and serious camp value—as in, the occasional boom in the shot—this show is a rare treat.

Scream has run three seasons and is a great small screen slasher for anyone who loves the film franchise (and how could you not). It doesn’t follow Sidney Prescott, but instead follows a new unsuspecting group of teenagers. 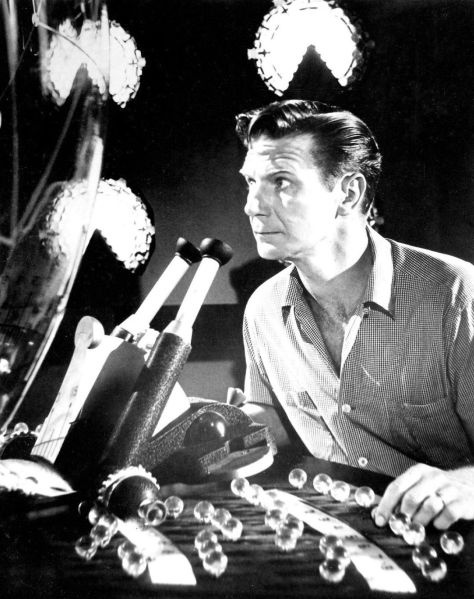 If Hitchcock pioneered it, Rod Serling perfected it. Serling’s horror anthology classic took households by storm in the late 1950s with some of the most legendary tales in TV history. Fans fondly remember “Living Doll,” starring Talking Tina, the extra resilient Mattel toy, and the infamous “Eye of The Beholder,” about a sensational facial surgery—which was actually shown in my middle school health class. Interesting! The Twilight Zone found the horror in the everyday, like flying, or shopping at a department store, while also incorporating lessons to hold onto. Be sure you’re not watching the 80s reboot though. Grave mistake! 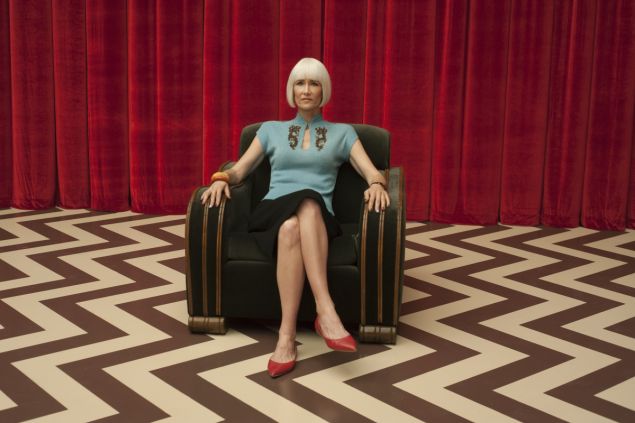 Twin Peaks, the story of Laura Palmer’s murder and the small town it changed forever, was nothing short of a national phenomenon in the 1990s. And in case you missed it, its long-awaited return last year, nearly 25 years later, is exquisite scary TV.

Twin Peaks: The Return clocks in at 18 hours, making it a great choice for those of us looking to go to zero Halloween parties this month. But it has the best return on investment as the reboot is one of David Lynch’s most fully realized projects. The iconic Episode 8 is more affecting and terrifying than some full films.

Conspiracists behold: Unsolved Mysteries, the 1988 true crime show about cold cases and paranormal events where viewers were encouraged to call in with info, is another essential. Many of the cases are still unsolved… 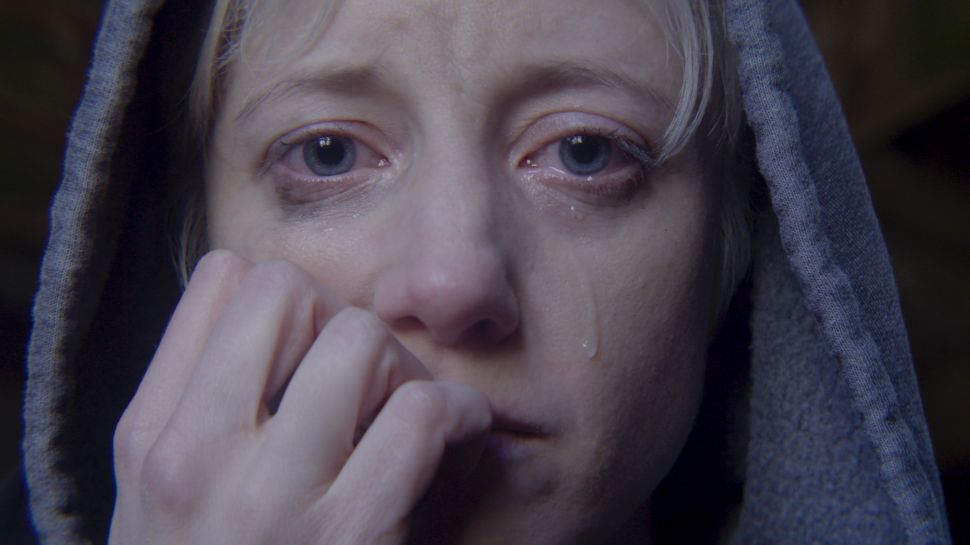