Former U.S. President Bill Clinton has been a busy man since retiring from the White House with prolific book releases and numerous speaking engagements. (Last week, he moderated a panel for world leaders at the Bloomberg Global Business Forum.) But his latest public appearance may surprise you.

On Monday, Clinton was seen at a cryptocurrency event called Ripple Swell in San Francisco delivering a keynote presentation before a crowd of experts in blockchain technology, cryptocurrency investing and banking.

After the keynote address, Clinton held a fireside chat with Gene Sperling, his national economic advisor from 1996 to 2001. Sperling was also in this role from 2011 to 2014 under former President Barack Obama.

Ripple invited Clinton not only for his fame and influence in general, but also for his proven experience as a politician in drafting policies for emerging technology.

During his presidency, Clinton signed the historic Telecommunications Act of 1996 to govern the then-nascent internet industry. The law was a major overhaul of the Communications Act of 1934 (which had been in effect for over six decades) and was regarded as a defining piece of legislation that kick-started the modern age of internet.

It’s unclear what Clinton’s keynote topic was; the conference agenda simply described the presentation as “a conversation with President Bill Clinton.” Ripple has said it will publish a video recap of Monday’s event, but unfortunately that will exclude Clinton’s address and his Q&A session with Sperling.

Video clips shared on Twitter and YouTube by attendees show that during his fireside chat with Sperling, Clinton discussed some memorable anecdotes from his days at the White House, including the negotiation of the Israeli–Palestinian peace deal (the Oslo Accords) and journalists who were held hostage in foreign countries during his presidency.

In a YouTube video posted by Bits and Tokens, a media outlet covering cryptocurrency news, Clinton shared his take on blockchain. “This whole blockchain deal has the potential it does only because it is applicable across national borders [and] income groups,” he said. “The permutations and possibilities are staggeringly great.”

According to media reports about Clinton’s latest speech fees, Ripple might have paid him up to $500,000 for the appearance.

Ripple is the company behind XRP tokens, a cryptocurrency aimed at making cross-border payments faster and cheaper. Because this service requires close collaboration with governments and central banks, Ripple CEO Garlinghouse, unlike most of his peers in the crypto sector, is a strong advocate for cryptocurrency regulation.

“I hope there’s more regulation,” Garlinghouse said in a Bloomberg interview in February of this year. “If we want this whole asset class [cryptocurrencies] to grow up and mature, of course there should be more regulation.” 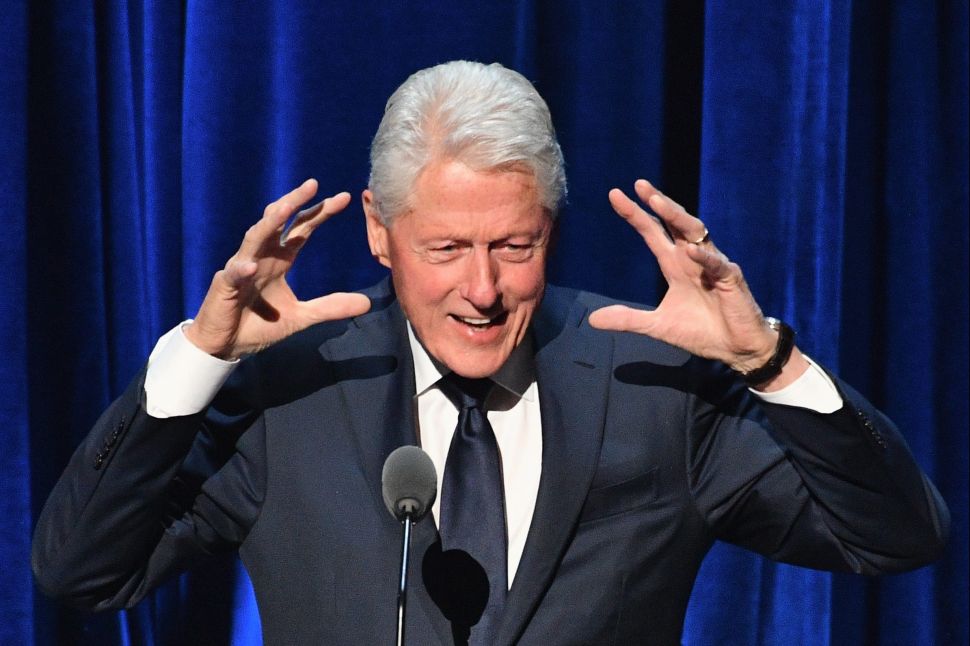