Despite all the considerable behind-the-scenes drama surrounding the Freddie Mercury biopic Bohemian Rhapsody, which stars Rami Malek (Mr. Robot) as the iconic Queen frontman, interest in the film has remained high. Opening next weekend, it’s on pace to earn a solid chunk of change at the box office. But unfortunately, it may not rock you as hard as you’d hoped.

The first wave of critical reviews for Bohemian Rhapsody are in and they rage from middling to negative. That’s a tough break for a film that began with Oscars hopes, especially for Malek’s lead performance. Here’s what the critics are saying about both the movie and Malek’s turn as Mercury.

“So with a performance as commanding as Rami Malek’s at its center, why isn’t Bohemian Rhapsody a better movie? Despite its electrifying subject, it’s a conventional, middle-of-the-road, cut-and-dried, play-it-safe, rather fuddy-duddy old-school biopic, a movie that skitters through events instead of sinking into them. And it treats Freddie’s personal life—his sexual-romantic identity, his loneliness, his reckless adventures in gay leather clubs—with kid-gloves reticence, so that even if the film isn’t telling major lies, you don’t feel you’re fully touching the real story either.”

“A bolder film might have explored the relationship between Mercury’s hedonism, his mostly closeted sexuality and his on and off-stage personas in a more nuanced way…Bohemian Rhapsody honors Mercury the showman but never really gets to Mercury the person.”

“Picking up the pieces, [replacement director Dexter] Fletcher—no stranger to the subject, having been involved in an earlier iteration of producer Graham King’s long-gestating biopic—builds upon the work of an ace production team and spirited cast. The finished product is energetic, if not always smooth, its affection for Mercury and Queen indisputable even when the drama is undernourished.”

“There’s a sequence in which the screen is peppered with all the harsh words that critics had back in the day for Bohemian Rhapsody the song, ending with ‘perfectly adequate.’ That’s the kindest thing one can say about the new Queen biopic and also the most damning…Malek nails Mercury’s strutting demeanor and catsuit-clad look…he doesn’t have Mercury’s unmistakable energy and swagger, but then, who does?”

“If not for Rami Malek’s feral posturing as one of rock history’s greatest frontmen, a deep roster of killer songs, and the long shadow of his band’s iconic 1985 performance at Live Aid, this movie could effectively be about any musicians, at any time, rolling through any part of the United States.”

So, what does this all mean for Malek’s chances at Oscars glory? Well, only 12 performances this century have received Academy Award nominations in films that garnered negative Rotten Tomatoes scores. In almost every case, they were respected veteran actors, a classification which Malek—despite his immense talent—has not achieved.

Malek will be fighting an uphill battle thanks to Bohemian Rhapsody’s weak critical response. 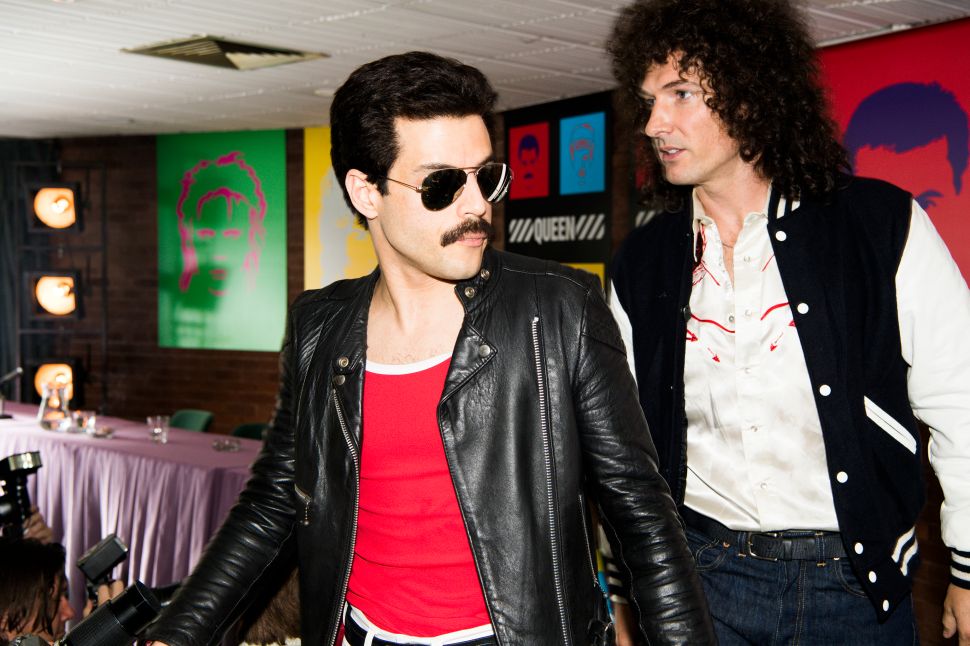