Last week’s Brett Kavanaugh- Christine Blasey Ford hearings were a roller coaster ride for viewers, but members of the media reckoned with them in real time as well.

“I can only imagine how dizzying this is for people at home, because it’s dizzying for us standing right there,” ABC World News Tonight anchor David Muir said on Monday at Advertising Week New York. “Our job is to cut through the noise and help people understand those moments, but the noise was all part of the story.”

While the ABC News panel was supposed to focus on the midterm elections (and it did touch on those issues), the Kavanaugh-Ford hearings still cast a very large shadow

“Ford embraced what she didn’t know,” Muir said. “She didn’t shy away from that, which made her really telling as a witness.”

By contrast, Muir said Kavanaugh was “on fire.”

“It was a vigorous defense,” he said. “He didn’t think his nomination was alive, so he was performing for one person across town.”

“If it’s strictly the question of evaluating Ford’s account, I think he will be confirmed,” he said. “But if the question is ‘was he entirely honest in his testimony,’ that’s much much more fraught with potential danger.”

At this point, Abrams paused and chuckled.

Abby Hunstman, the newest member of the news team and a co-host of The View, shared Abrams’ uncertainty. But she said the FBI investigation into Kavanaugh, however brief, was still a nice breather.

“What Jeff Flake did was probably the best thing for the country, and that’s hit the pause button,” she said. “The majority of American people just want the truth.”

Whether or not Kavanaugh is confirmed, the panelists agreed this battle had energized the electorate.

“What’s going on with the Supreme Court is a motivation to say your voice matters,” Huntsman said.

“If Kavanaugh goes down in flames, that’s gonna infuriate the right and get them out voting,” Abrams added. “It’s all about whoever’s angrier.”

Despite this rage, the panelists said the Kavanaugh battle had energized journalism.

“We revel in our responsibility at this moment,” Muir said. “We’re watching it not as political observers but as human beings.”

“If only there was more to talk about,” Huntsman joked. 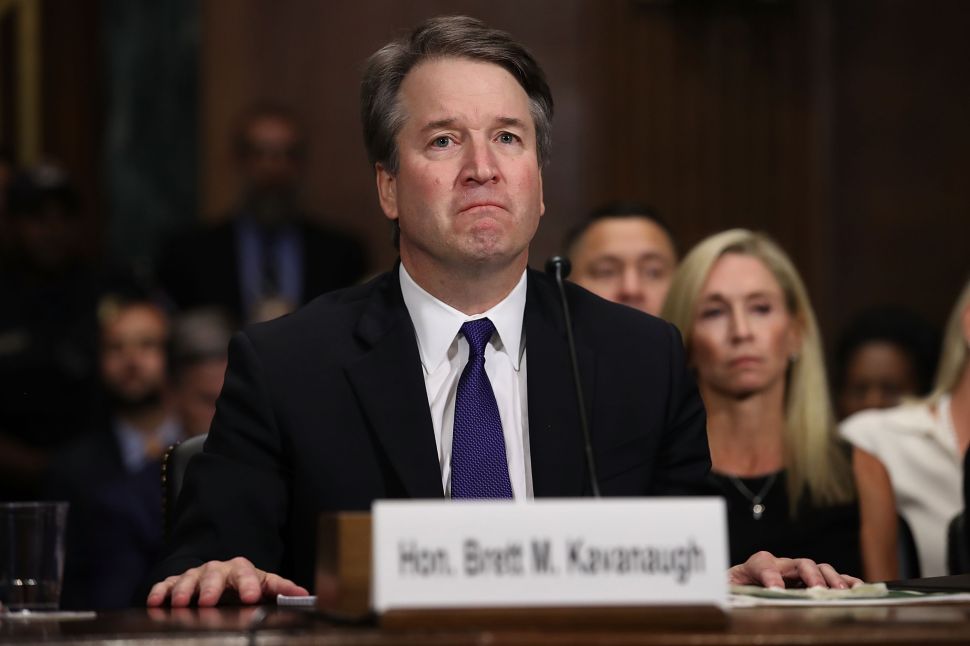