“Devil’s Triangle’ was a drinking game we came up with in high school,” wrote four graduates of the D.C. prep school in a letter to the Senate Judiciary Committee. “It was a variation on the game ‘Quarters.’ When we played ‘Devil’s Triangle,’ four people sat at a table. On the table, three small glasses of beer were arranged next to one another to form a triangle. Each of the four participants took turns being the ‘shooter.’ The shooter attempted to bounce a quarter into one of the glasses.”

‘Devil’s Triangle” entered the lexicon after Kavanaugh was pressed by lawmakers about the term appearing in his high-school yearbook.

“It’s a quarters game,” Kavanaugh told the committee when asked about its definition last Thursday.

Based on extensive interviews by me and @katekelly with Kavanaugh's former Georgetown Prep classmates, what he just said about the meanings of "boofed" and "Devil's Triangle" is not true.

But in a separate statement sent to the committee, two Boston College graduates who were close with one of Kavanaugh’s Georgetown Prep peers also corroborate Kavanaugh’s definition.

“We knew Brett socially back in the ’80s and ’90s and consider him a friend but haven’t spoken to him in more than 25 years. We are not from the Washington, D.C. area,” they wrote. “However, during our first year at Boston College, we lived with Matthew Quinn, who is an alumnus of Georgetown Prep and was a classmate of Brett’s. Matthew taught us a drinking game called ‘Devil’s Triangle’ that he had played with his friends in high school.” 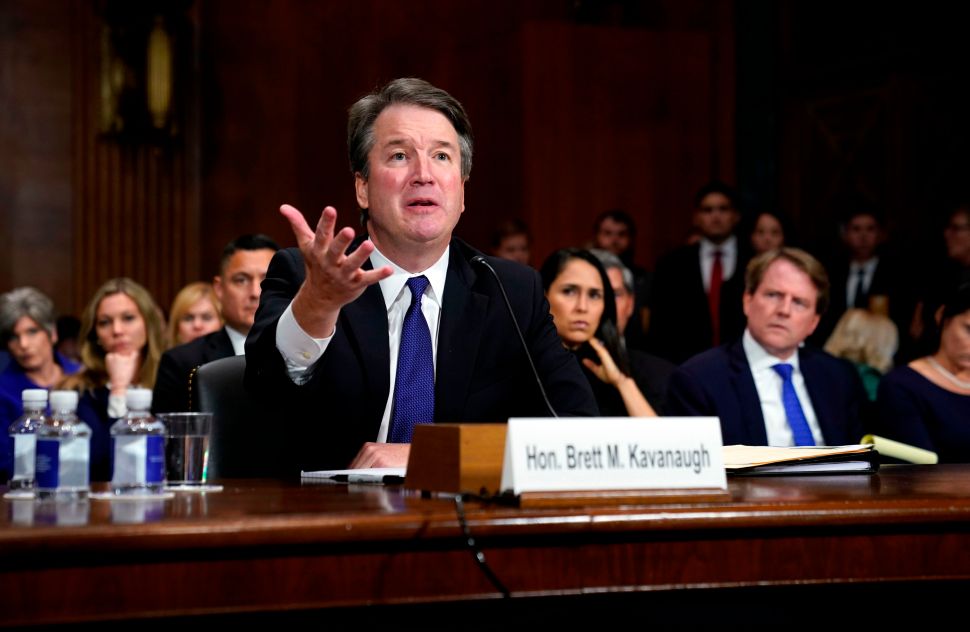