It’s been over three months since the Capital Gazette shooting, but emotions are still raw for the surviving members of the Maryland newsroom. Three of them—Selene San Felice, Rachael Pacella and Danielle Ohl—took part in a Reddit AMA on Monday to discuss their experiences.

San Felice was the most vocal member of the trio. She said that in the aftermath of the shooting she felt shock and grief. But then, she channeled that anger into her writing, producing a powerful op-ed about gun control. “If your help ends at thoughts and prayers, I don’t want them. What I want is action,” San Felice wrote.

Other staffers also put pen to paper after the shooting. “If anything I think it’s made me more determined to stay in this profession,” Pacella wrote. “I took notes in the hospital room because I wanted to record what was going on.”

The trio was somewhat critical of the way other newsrooms covered the shooting. Pacella said CNN host Brian Stelter was the kindest reporter she had met, while other journalists simply shoved cameras in her face.

The reporters also bemoaned the fact that some news outlets had used the shooting as clickbait, or made the shooter’s name more prominent than the victims.

“Editors need to ask themselves if they’re publishing or posting photos of shooters because they’re more likely to get clicks, or if it’s because people need to know what that person looks like,” San Felice said. “When those photos are used as featured images and randomly pop up on our feeds, or are the first thing we see on their site or in the paper, it’s awful.”

But while the comments in the actual thread are enlightening, the ones that were expunged are eye-opening in a different way. The site Removeddit, which catalogs deleted or removed Reddit threads, found that 18 percent of the comments on the Capital Gazette AMA were erased.

It’s obvious why some of the comments were deleted. After Pacella praised CNN, one person commented that “Nothing enlightens quite like complete fabrication and reporting spinning at 10,000 RPM.”

“Strange how easy it’s become to spot an /r/The_Donald person from a single sentence,” another Redditor wrote underneath this. Both comments were deleted.

One user asked “Do you think Donald Trump’s threats towards the media cause incidents like this?” The reporters never answered that question, but a random Redditor wrote an emphatic “No” that was soon removed.

Reddit AMAs often go awry—it’s in their very nature to be random and unfiltered. But there’s a big difference between ribbing a celebrity and trolling the survivors of a mass shooting.

The one silver lining is that Reddit mods moved quickly to delete these vile comments. Let’s hope they use the same fast reflexes when Parkland student journalists take part in an AMA later this month. 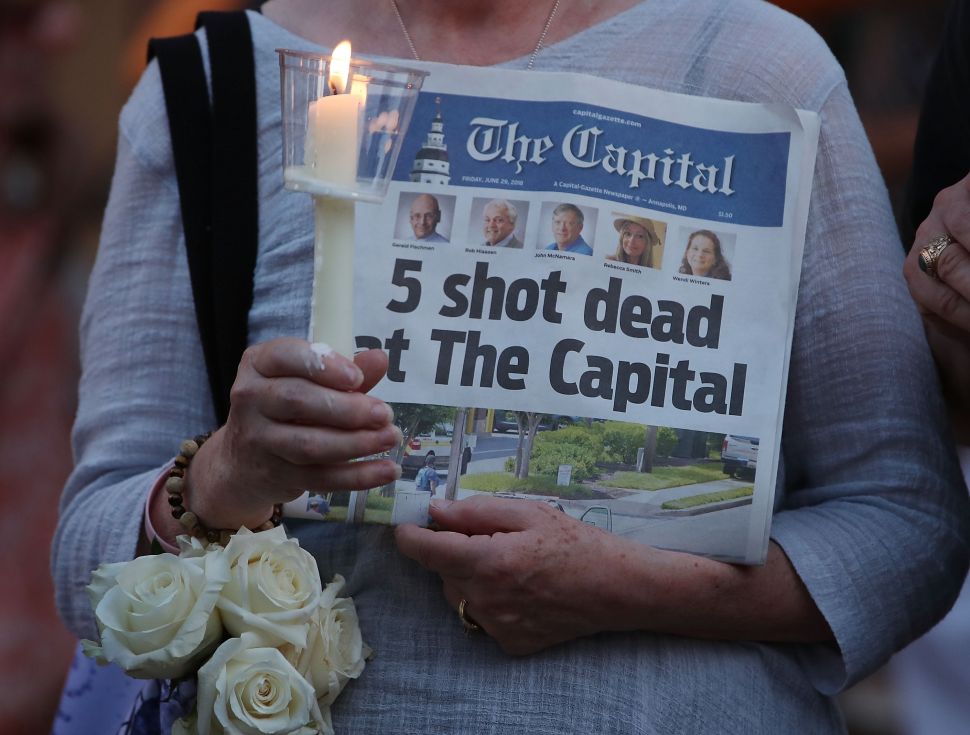