Anyone with a cat knows that trying to get one to adhere to human whims and guidelines is basically impossible. This past Friday, a particularly independent white cat (breed unknown) proved this thesis when it sauntered onto a runway at the Emaar Square Mall in Istanbul, smack-dab in the middle of a high-end fashion show.

After crashing the Vakko ESMOD International Fashion Show, the feline proceeded to do regular cat things—you know, roll around on the ground, paw playfully at anyone who stepped too close to it (how catty!), lick its genitals conspicuously and generally act as though it were the center of attention. Indeed, in a room full of professional models the kitty instantly stole the show.

Istanbul is famous for its large cat population. Hundreds of thousands of pussies of all shapes and sizes, who are neither domesticated nor feral, roam the streets, serving as the city’s beloved, furry mascots. Turkey is a predominantly Muslin country, and cats are respected and revered in Islam for their fastidious cleanliness and skill as guardians.

“Without the cat, Istanbul would lose a part of its soul,” a resident said in an interview for Kedi, the 2017 documentary on Turkish street cats. “Cats know that people act as middlemen to God’s will,” another citizen added. “They’re not ungrateful—they just know better.”

All things considered, it’s not so outlandish that an Istanbul cat would wander onto a runway in a busy and hectic mall. And due to the fact that cats are so venerated there, it stands to reason that any cat with an impulse to star in a runway show should feel free to do so.

What makes this Instagram video so charming is that many of the models are barely concealing their grins. They love this saucy little interloper, and the crowd, too, is delighted.

Watch your back, Bella Hadid. 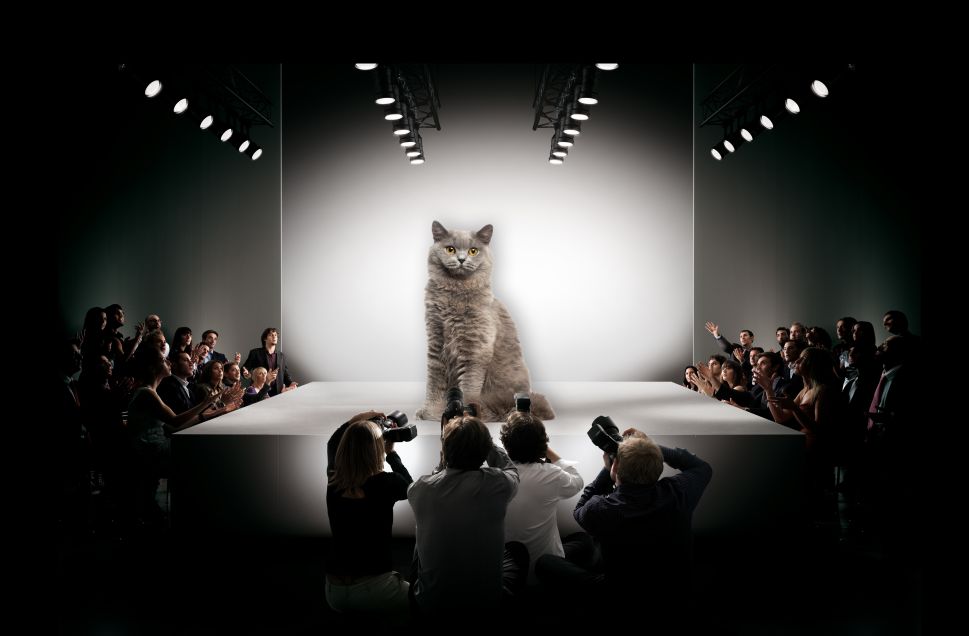