Climate change has been having its moment in the sun, mostly thanks to the blockbuster United Nations climate report, which predicted catastrophic outcomes if the world doesn’t act on this threat by 2040. News shows from 60 Minutes to Saturday Night Live‘s “Weekend Update” placed the report front and center in their broadcasts.

But some outlets still haven’t learned to take climate change seriously. For proof, look no further than the reactions to a new National Oceanic and Atmospheric Administration (NOAA) report predicting mild winter weather in 2018.

NOAA’s Climate Prediction Center is forecasting above average temperatures for the United States between December and February. Indeed, parts of the southern U.S. could even see a drought.

Given that NOAA is an impartial government agency, it doesn’t mention anything about climate change (which has increasingly become a political issue) in its report. But even the media agencies commenting on this news aren’t putting two and two together—they’re focused on breaking out the beach blankets.

You can’t have silver linings if there are no more dark clouds https://t.co/3CaxKSlgfy

— Darren Franich, a reboot that ignores the sequels (@DarrenFranich) October 19, 2018

Yes, for some reason People magazine commented on the NOAA report. But apparently the glossy only writes about climate change when Leonardo DiCaprio talks about it, because the phrase doesn’t appear once in its winter weather story.

“Put away your parkas: this winter looks to be warmer than usual!” the story begins. It then goes on to rehash NOAA’s press release, with no additional context.

Univision’s environmental news website Earther was slightly better: it mentioned “the unnatural shift driven by human-caused climate change” in its recap of the report.

The only other outlets to report on NOAA’s findings thus far are small local TV stations, which didn’t mention climate change either. But bigger media companies that do have the resources should hop on this story and get all the facts out there.

Papers like The Washington Post and The Guardian have full-time reporters dedicated to climate change. The New York Times has a whole desk of them. It’s a depressing beat, but somebody has to do it.

The Farmer’s Almanac actually disagrees with NOAA and predicts a bitterly cold, snowy winter. So which source should we believe? Looks like another case for climate change reporters. 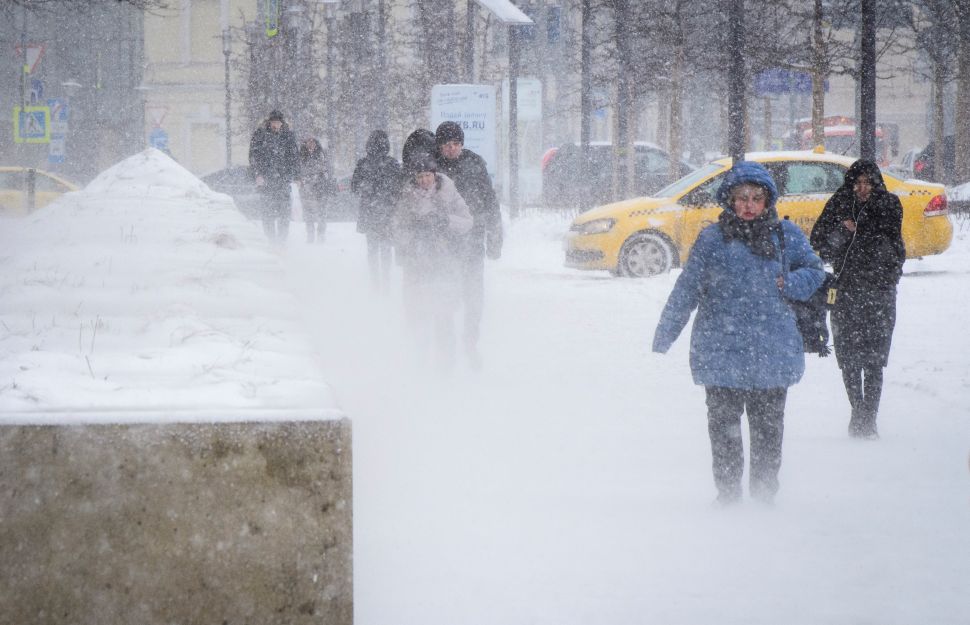