Suspicious packages meant for Senator Cory Booker and former Director of National Intelligence James Clapper were intercepted in Florida this morning. These latest incidents come just two days after 10 mail bombs were sent to prominent Democratic politicians and donors, along with the offices of CNN. A suspect was arrested this morning.

While the exact motive for these attacks is not yet clear, all of the people targeted are prominent critics of President Donald Trump. And as Wired reported this morning, the Democratic leaders in the crosshairs (especially Booker) also have broad support in Silicon Valley.

All of these companies (aside from Apple) have their own nonpartisan PACs, which support Democrats and Republicans relatively equally. In fact, in some cases, right wing candidates get more money.

Outside of PACs, about $15 million in tech money went to individual candidates. That represents only about 24 percent of the total—but Democrats have a huge 23-to-1 advantage.

Booker is Silicon Valley’s favorite politician by far: two of the New Jersey senator’s fundraising committees took in a combined $126,000. Texas candidate Beto O’Rourke is a distant second, with $60,000 in tech money.

But employees sent smaller donations to many other politicians from both parties. Google workers supported Ted Cruz and Rand Paul, but they also donated to Amy Klobuchar and Nancy Pelosi. Facebook’s team gave money to California Democrats (Dianne Feinstein) and Republicans (Devin Nunes).

These figures crucially don’t take into account Jeff Bezos’ $10 million donation to With Honor Fund, a PAC to elect veterans of both parties to Congress. His organization alone represented 92 percent of all Amazon political donations (though other contributors include Starbucks’ Howard Schultz). The With Honor Fund has spent $4.9 million on Democrats and $4.1 million on Republicans. No other individual or PAC comes close to that haul. 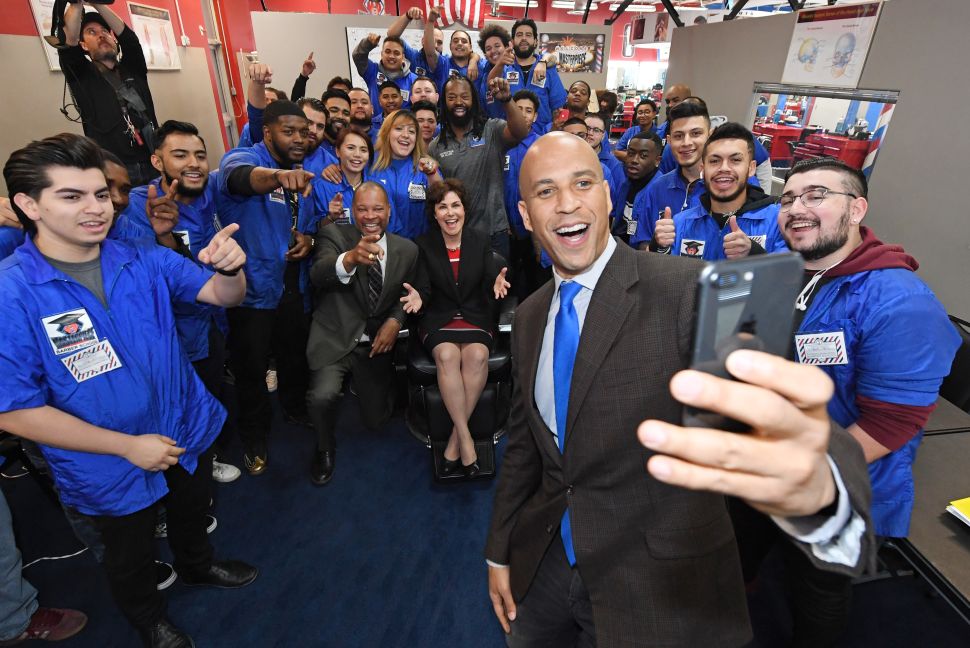