Dakota Johnson first worked with director Luca Guadagnino on his 2015 film A Bigger Splash. It was there that the two talked about his plans for a remake of the 1977 horror film Suspiria, and when he asked if she’d be interested in joining the cast, she accepted without hesitation. In the movie, Johnson plays Susie Bannion, an American girl who runs away from her Mennonite family to join a prestigious dance company in Berlin. But it soon becomes clear that there are occult machinations working behind the scenes that Susie must reckon with. Johnson spoke with Observer about the mental and physical toll the part took, and how she learned modern dance.

One interview claimed that making this film sent you to therapy.

That comment was taken a little bit out of context. I did go to therapy after the movie, but I’m also always in therapy. I like to unpack my experiences on a set, especially if it was particularly intense. I’m a really porous and empathetic person, so things stay with me. I think it’s healthy for my mental state to work through these things, and then relinquish them.

Your character goes through a very internal journey. There’s not a lot that’s said explicitly in the movie. How did you prepare for this type of performance?

It was important to me that Susie’s evolution was very internal and subtle, but comprehensible. Where she ends up in the film, and why she ends up there, is all because of an energy and a feeling that she has. Nothing happens to her, it all happens within her. It was a matter of negotiating with the character, the story, and between me and Luca, where the shift would take place—where she changes and becomes something else, or at least when she decides to do that.

Where do you believe that shift is?

Well, that’s kind of on the viewer. I know where I feel it happens, but that’s something that I think is…I wanted to make it not vague, but subtle enough so that you really wonder when it is that Susie realizes what’s going on.

How do you try to channel that interiority into the dancing scenes?

Susie loses herself when she’s dancing, completely. There’s a side of her that is very, very wild. She’s been contained her whole life, and being a technical dancer is not something that she was brought up knowing. She doesn’t have formal training, so this is all intuitive. It’s all emotion. When she’s dancing, it’s as though she’s speaking her native tongue.

Obviously you have to choreograph these scenes, but if it’s supposed to appear spontaneous, how do you make it look natural?

That’s a good question. Take Susie’s audition piece. I think that Susie is obsessed with Madame Blanc [Tilda Swinton’s character] and this dance academy. She’s so obsessed with this style of dance because it feels true to her. It’s like if she grew up in a place where she didn’t know which language she understood, and finally someone spoke to her and she got it. That’s why she’s so addicted to Madame Blanc, and why she knows all of the company’s dances.

In her audition piece, that’s where it’s truly Susie. Having no formal training, it’s a mashup of all these different styles, a minestrone soup of dance. I wanted her to have a little bit of ballet, a little bit of jazz, a little bit of expressionist dance, and then a lot of her movement—her own self. Damien [Jalet, the film’s choreographer] and I worked a lot on this. I also imagined her hearing different styles of music growing up. I was listening to a lot of really random music from the time. A lot of Nina Simone, Jefferson Airplane, the Carpenters, Vashti Bunyan. Things that are not congruent at all.

Then, for that to exist in her style of dance, it was half thinking about what Susie would do, and half me needing it to be perfect. It was like this weird dance between me and Susie. She was expressing herself, but I’m not a dancer, I don’t express myself that way. So it was a matter of having these free moments be actually very choreographed and perfect.

To prepare for this role, beyond the physical training, what materials did you look at? What history, dancers, dance companies, styles, videos?

A lot of Mary Wigman choreography. A lot of Pina Bausch. The Red Shoes was a big reference for the whole film. Fassbinder’s films, his color scheme too. I read Freud’s The Uncanny—that was important for Susie’s internal evolution. Those are the main ones that I was always drawn to. Then, you know, you click yourself into an internet K-hole.

You watched the original Suspiria for first time after taking this role. Did anything about that film have any bearing on you here?

Not when it came to performance. But just learning about this cult film that was so spectacular and such an influence on so many filmmakers I adore…it didn’t influence me directly, it kinda just made me feel really hopeful for film. 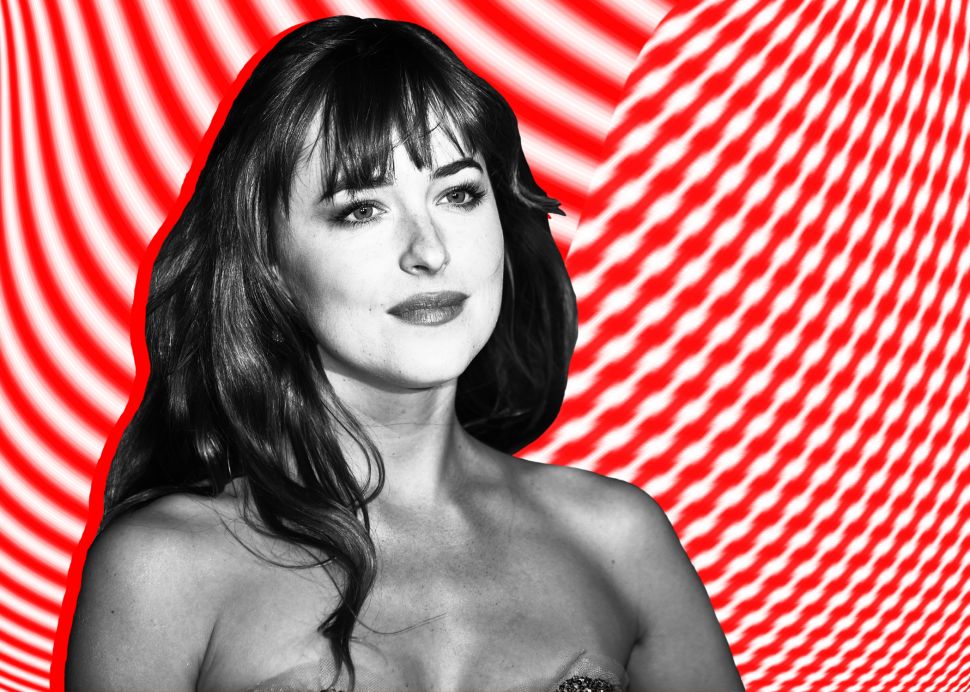