Congressman Steve King’s campaign has been defined by racial dogwhistles and anti-Semitic undercurrents. From endorsing the white supremacist Faith Goldy to retweeting Nazi sympathizers, the lawmaker has actively courted nationalists and the far-right.

Although some Republican leaders have rebuked King—the National Republican Congressional Committee chairman condemned the lawmaker’s recent behavior as “completely inappropriate”—the congressman is still getting a campaign boost from Google and other major U.S. companies.

Congressman Steve King’s recent comments, actions, and retweets are completely inappropriate. We must stand up against white supremacy and hate in all forms, and I strongly condemn this behavior.

On Monday, King’s campaign was infused with a $5,000 campaign donation from a group aligned with Congressman Kevin Brady (R-Texas), Making America Prosperous PAC, according to FEC filings. A reporter for Popular.Info noted the organization received $10,000 donations from Google, Citigroup, Bank of America, and General Electric, among others.

Google’s bets in the political arena have leaned liberal over the years. A September study conducted by GovPredict found that 90% of donations from Google’s companies went to Democratic candidates from 2004 and 2017. Despite this apparent preference, the emerald giant has courted conservatives with its corporate power. Google hosted a reception event at the Conservative Political Action Conference (CPAC) earlier this year and was listed as a sponsor for the gathering.

Ahead of the conference, Politico reported that CPAC’s parent group, the American Conservative Union, has also received Google funding over the years. 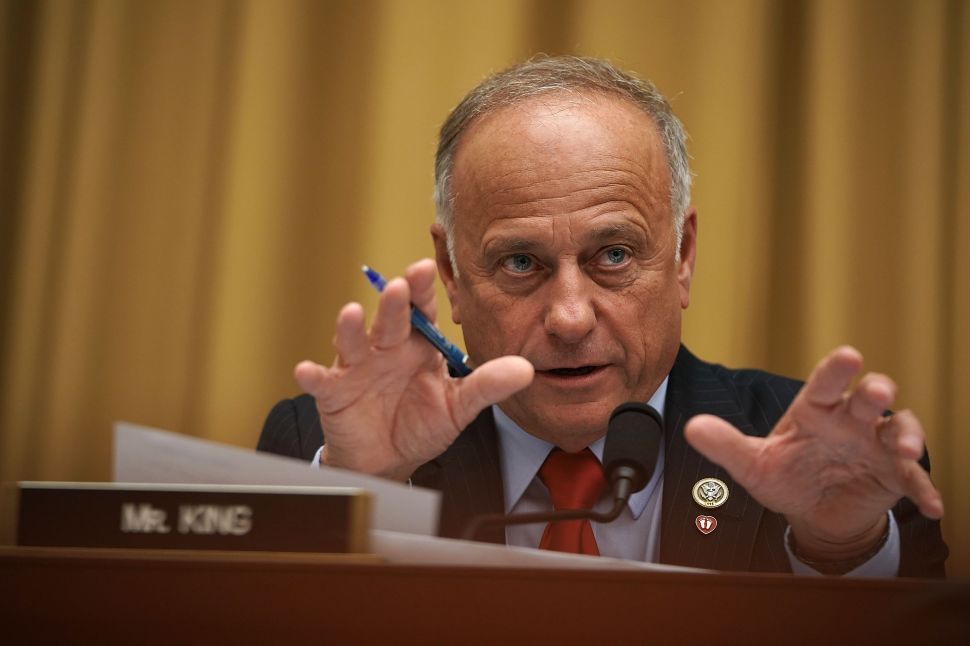