From his anxiety-ridden Ohio childhood to his final days bolted inside a NewsCorp office with handguns, the career of the legendary television executive was defined by paranoia. Though Ailes is many things in the public imagination (xenophobe, media mogul, entertainer), less discussed is Roger Ailes the hemophilic and how this blood disease instilled in him the fear he gave others.

Filmmaker Alexis Bloom’s newest documentary, Divide and Conquer: The Story of Roger Ailes, confronts the insecurities that drove the Fox News titan to power, while examining how they affected everyone in his orbit. Whether he was consulting on Nixon’s presidential campaign, launching the boutique America’s Talking channel (which would later dwarf into MSNBC), or turning Rupert Murdoch’s fledgling cable news operation into an era-defining ratings juggernaut, Ailes was ravaged with unhappiness and lust for dominance over others. This inner darkness defined both the national climate and the corporate culture at Fox News, contributing to Ailes’ downfall amidst multiple accusations of sexual misconduct. In the film, former anchors reflect on the ruthlessness pursued by Ailes and his public-relations assassin, Irena Briganti, to punish dissidents within the network—especially if it meant speaking out about the mounting allegations surrounding the company president.

Just nine months after his ouster, Roger Ailes died at the hands of his lifelong enemy, hemophilia—but his demons are still pulsing through the veins of our political discourse.

We spoke with Bloom about how one man’s fear became America’s.

In the film, you touch on how Roger Ailes had a fear of hemophilia, a disease which played a part in his death. How did this fear fuel his quest for power?
This is all speculation. He almost died a couple of times as a child. That would give you a pronounced sense of your own mortality. People who know him say this was the case. He confessed to his friend Austin Pendleton and others, “This thing is going to kill me.” There are multiple stories of him being in meeting rooms as a young adult where he bruises himself. He is bleeding under the desk, and he doesn’t tell anybody because he doesn’t want to disturb what was going on at work. He had to battle this a lot in private. He carried this fear of dying with him, even if he was a reckless person. Which he was. He famously went skydiving once, which is not a very wise thing to do as a hemophiliac. He was ambitious. Fear can make you fearful. It can also make you quietly rapacious in order to compensate. You live life as large as you can for as long as you can. It has the opposite effect almost.

When would you say his business acumen and worldview came into its own? Would that be during his early days at the America’s Talking network or during the presidential campaigns?
Well, he always showed a knack for strategy. And you see that earlier in his career on the Mike Douglas Show—in ’67, he outwitted the person who was supposed to be taking over as producer, and he becomes producer. And that is in the film. That isn’t the ability to make money, but it is certainly a strategic knack. Also when he approaches Nixon. When he is running America’s Talking, that is his own channel. He was good at that. By all accounts he was getting it off the ground and making a success of it when it was bought by Microsoft. But he doesn’t become the money-making machine that he was at the end until he finds Rupert Murdoch and Fox. But prior to that he certainly showed his smarts, his ability to kind of turn things around.

How did Ailes balance creating a company culture at Fox that was nimble and gave talent free rein, but also instill that climate of fear he wanted employees to feel?
Well, I think the nimbleness was also a product of them not having much money in the beginning. He used to say it was a pirate ship, and the networks were like big battleships. So they cut corners. They had smaller teams. They were quicker decision makers. There weren’t 20 people you had to run a decision by in order to do something. It was basically on Roger. So if you kept in his vision, and that broad vision was pretty clear to most people—“Make it entertaining. Don’t lose the audience”—you could do what you wanted, and that does leave a lot of room.

When did that fear become more injected into the culture?
I didn’t work there, so I can’t say with great certainty. By all accounts, it wasn’t there in the beginning. They were just trying to find their audience, bump the numbers up and kick ass. People who worked there talked about it in ’96. People I spoke to who worked there in 2000 were already talking about the atmosphere being a bit chilling. But I can’t answer that. I don’t know. I mean, certainly by the end he was full-fledged paranoid and the company was run like a cross between a cult and a very well-oiled military unit.

What did the interview subjects say about the role of Irena Briganti and the Fox PR team in silencing Roger’s dissidents?
Everyone, without exception, said that Irena played a key role in going after dissidents. The minute that you would speak out of line, she would call you up. There were people who worked at Fox for many years who I spoke to both on- and off-the-record, who spoke to her every week. But she knew exactly what you said, when you said it, and how you said it. She was a hawk. And she was faithful to Roger. She terrified, continues to terrify at Fox. So she was an absolutely fundamental part. She wouldn’t hesitate to call you up, to chastise you, to threaten you. She is not known to be subtle. If you were a dissident at Fox, you best not let Irena find out about it. Fox was known to plant negative stories about the anchors who stepped out of line or who had started to step out of line. Other people there who have struggled with drug and alcohol problems found their names in the papers.

Sort of an unconventional role for a PR department to play.
Deeply unconventional, and people describe it as unlike any other PR department that they worked with. You can see this when the crisis communicators are brought in at the end. When Roger is facing sexual harassment accusations, Irena is deployed to head off these charges. Normally, you would get a private PR person. And I think for appearance’s sake they did, with Evergreen Partners. But Evergreen Partners had no authority, everything had to be run through Irena. So as Roger’s fate was being decided, and as there was an internal investigation by a group of lawyers, the Fox machinery was working on the other hand to defend him in the form of Irena. Calling up all the talent and saying, “You have to stand with him.” I mean that is deeply unconventional. I don’t know if it is illegal or not. But I would say it’s worth asking a lawyer.

Did you receive any push back from Fox for making this documentary?
No, we didn’t. In general, we worked pretty quietly. But they certainly knew we were making it. We asked them for comments, and we were speaking to people they knew. But no, we didn’t.

Divide and Conquer examines several websites that fetishized Fox’s female anchors throughout the 2000s. Were any of those directly linked to Fox?
In this day and age, one of the most effective ways to silence someone is to smear them online, because you have very little recourse against that stuff. You say something online, it is out there forever. It can destroy your career. So you can have the hot girls at Fox News, but you can also have the online smear. It works to both publicize these talents but also keep them in check. Peter Snyder was a Fox News regular and on-air contributor. And he was frequently on television discussing politics, and then he ran for office as Lieutenant Governor of Virginia. And he had a company called New Media Strategies that worked for Fox. And a lot of these websites were traced back to New Media Strategies. And then he claimed that he didn’t know anything about that. Nobody has done an exhaustive criminal case against him. I don’t think any of the women involved are motivated to frankly get to the bottom of it. It was unpleasant, and then it went away. And all of the websites mysteriously disappeared when people started to investigate. They were taken down from the Wayback Machine as well.

Do you think Roger Ailes had friends or only allies?
Roger had people who were incredibly loyal to him. There were people who owed their careers to him and their livelihoods. He helped people when they were in the hospital and they were unable to pay bills, when their children were sick. like with Kimberly Guilfoyle. And he had their undying loyalty. It was a loyalty that was borne from a transaction, in a somewhat cynical interpretation of it. It wasn’t a pure loyalty. He always did something for people, using his power, his influence or his money. And that got him genuinely loyal people who I think would say “I love Roger Ailes.” What they would probably, more accurately say would be “Roger Ailes was good to me.” Does that sit in line with a normal definition of friendship? Probably not. But he certainly looked after people. He had a very loyal group of people who are still loyal to him. When he moved from America’s Talking, a lot of people went with him to Fox. There were a lot of people who liked and respected him. But I don’t know that he had many people who he would call up with no particular intention in mind, asking, “You want to come hang out?”


This interview has been condensed and edited. 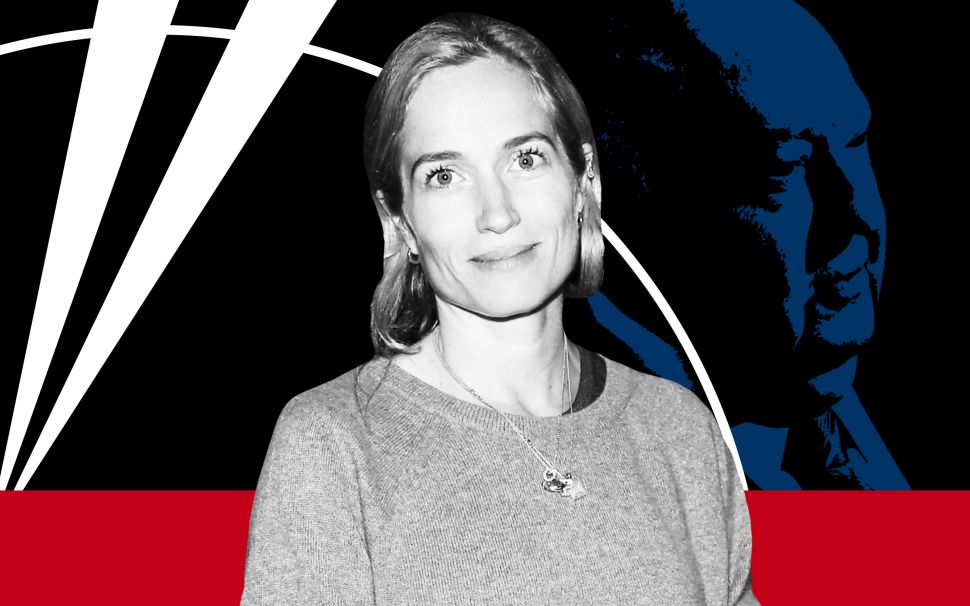