Stephen Dorff, a good actor who seems to have temporarily run out of luck, is back in a loopy and desultory “psychological thriller” without a single thrill and the psychology of a paperback called Psychology for Morons.

This time he plays Ben Slater, an American living in Ireland who never seems to write anything. Six months after their daughter fell down a flight of stairs and killed herself, Ben and his Irish wife Hazel (Melissa George) sell their house in Dublin and try to carve a new life in a remote village on the rugged Western coast where Ben has accepted a job teaching drama in a Catholic school. Peace of mind does not come easy.

Hazel’s disturbed, guilt-riddled sister Serena shows up drunk and stoned. Why should Serena feel guilty? The child was not hers. OK, so it takes half of the running time of this interminable head scratcher to discover the little girl caught Dad and Serena in bed together the day she fell down the stairs, and they’ve been losing themselves in booze and drugs ever since.

Odd things happen. Misspelled messages appear in the sand that read “Seas the Day.” Ben has the same recurring dream about building a sand castle. The red flag from the sand castle keeps turning up in his pocket. All of this mumbo-jumbo is related to the dead child, which makes no sense, since the family didn’t even live in that house or on that beach when the little girl died. But Ben wrecks the car, then knocks a hole in the wall with a sledgehammer during an open house hosted by Hazel, who takes an overdose and ends up in the hospital while Serena remains at home committing suicide and Ben gets mowed down by a motor boat called “Seas the Day.” Then…oh, who cares? All you can do is wonder where they get the money to finance all this junk.

Directed at a snail’s pace by David Gleeson, who word-processed the screenplay with co-writer Ronan Blarney, it’s too slow for its own good. Ennui sets in early in Don’t Go, making you wish it would. 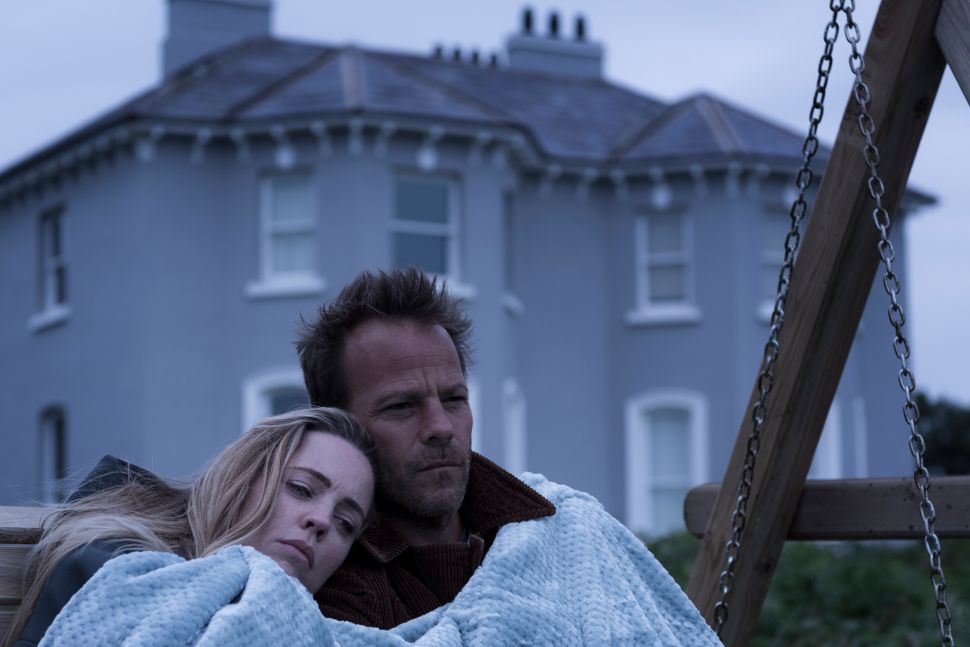