With the bevy of movie reboots Hollywood seems to be delivering these days (looking at you The Nutcracker and the Four Realms, Suspiria and The Grinch), it got us thinking about some other classic movie properties Hollywood is bound to remake, though the originals are in no need of a do-over. At the top of that list is Back to the Future.

Back to the Future should never be rebooted. Like ever. We’d rather see a third Paul Blart movie than a BTTF reboot. We’d almost rather see Kanye follow through on his threat to run for president in 2020. But—and this is a big but—if Back to the Future absolutely, positively, no-way-around-it had to be rebooted, here’s how it should be done.

Back to the Future Reboot Cast

The most important aspect of any theoretical Back to the Future remake—which, again, should NEVER happen—is nailing the cast. Audiences, rightly protective of the original trilogy, need to feel reassured that the same spirit will be kept alive on-screen. That means finding talented actors with similar capabilities as the original cast, but also with enough difference that the reboot could go in a few new directions. There’s no outright replacing Michael J. Fox or Christopher Lloyd.

For Marty McFly, there’s no better candidate than Tom Holland, whose youthful Peter Parker/Spider-Man shares a few key traits with everybody’s favorite time-traveler. They’re both sheepish in a charming way without ever coming across as lacking self-confidence. They’re boyish, yet capable of handling timeline-shattering mishaps. They’re funny, without ever sacrificing a scene for a laugh.

For Doc Brown, we’re going in a slightly different direction. Similar to Robin Williams’ Genie, no one is ever going to top Lloyd’s lovably manic take on the character. So let’s dial things back a bit with the hilarious, warm and enjoyably cynical Nick Offerman. Basically, let’s make Ron Swanson a disgraced nuclear physicist. Bonus points if he rocks the mustache again.

For Biff, let’s go with John Boyega, who has so much natural charisma oozing out his ears that he almost made Pacific Rim: Uprising watchable. That’s a Herculean feat in and of itself. In our Back to the Future reboot, Biff won’t be the same dumb slab of granite. He’ll be engaging and nearly likable; a popular kid with a mean streak. Boyega is almost always the most affable actor on screen and we’ve seen him get tough when the situation calls for it. He can even elicit some sympathy for the oft-mocked Biff, who will be more than just a meathead.

Who Should Direct a Back to the Future Reboot

Like a road rage altercation that ends with the other person admitting fault, it’s a rare (oh so rare) occurrence to find a filmmaker like Back to the Future’s Robert Zemeckis. On paper, this film should not work. But somehow Zemeckis made this material into a rollicking good-time action comedy adventure. There’s an energy to it—each scene has a laugh, or a bit a fun exposition, or a setup that maximizes the fish-out-of- conceit, or all three. Finding someone who can balance everything in a fresh way is going to be near impossible.

But we have a few candidates in mind that just might be able to do something new with the beloved story.

John Francis Daley and Jonathan Goldstein: The Spider-Man: Homecoming writers and Game Night directors are on a bit of an upswing at the moment. If their Flash movie connects, they will have demonstrated a nifty sensibility that could work for a reboot.

Phil Lord and Chris Miller: Fans were bummed when Lucasfilm fired the pair from Solo: A Star Wars Story and, given the underwhelming final product, it’s hard to argue that the studio made a mistake. Everything else these guys have touched has turned to gold (The Lego Movie, 21 Jump Street franchise).

Kelly Fremon Craig: The Edge of Seventeen is one of the most underrated movies of the last few years and a pitch-perfect coming-of-age tale. After Fremon Craig’s Are You There God? It’s Me, Margaret adaptation arrives, she may become one of the hottest names in Hollywood.

The Russo Brothers: From Captain America: The Winter Soldier through Avengers: Infinity War, Joe and Anthony Russo have proven their action-comedy chops repeatedly. Their sitcom experience might also be a nice touch for any remake’s lighter moments.

Drew Goddard: The Cabin in the Woods so delightfully deconstructs the horror genre’s tried and true tropes that we’d love to see what kind of satirical adventure Goddard (Bad Times at the El Royale) would cook up for the sci-fi genre.

The Back to the Future Reboot Storyline

With all due respect to the original Back to the Future, we just can’t have Marty going back in time to fool around with his Mom and help his Dad get laid again. Too creepy, too outdated. We need to figure out a way to update the material for modern times while still delivering a compelling story.

What would you want to see?

Maybe Marty is a star athlete who suffers a terrible injury and goes back in time to prevent it, but in doing so, never meets the physical therapist intern he wound up falling in love with (who would be played by Zendaya, obviously). Maybe his family is struggling financially and he goes back in time to try and win that $1.6 billion lottery, but Doc Brown knows there’s more to life than money. Or how about instead of getting killed by terrorists, Doc is abducted by the government and Marty tries to go back and save him, with both ultimately realizing that humanity isn’t ready for the kind of power he’s created. Time travel lends itself to endless ideas that can be tailored to reflect more modern sensibilities. In other words, he won’t “park” with his Mom again.

It’s important to reiterate that Back to the Future should NEVER be rebooted. But, if it had to be done, Universal Pictures can make the check out to Observer. You’re welcome. 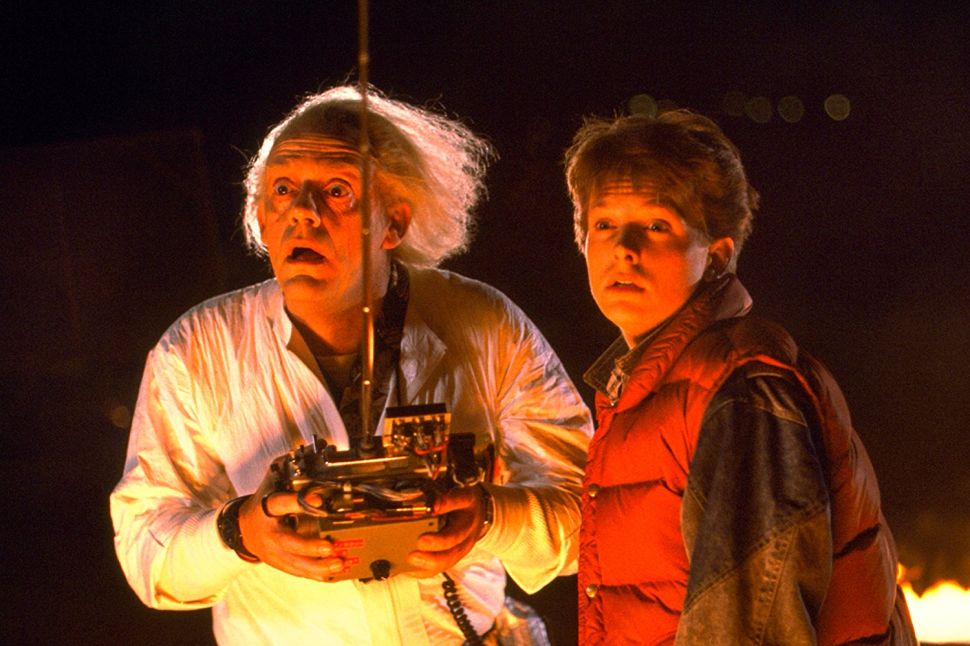