Dwayne Johnson possesses the unrivaled ability to push blockbusters to their absolute ceiling at the box office. It’s a highly valuable trait that has enabled him to demand massive salaries and, in the process, become the highest-paid actor in history. But he isn’t just ruling the box office.

In a recent ranking of actor endorsement deals and campaigns from Spotted, a data and research provider focused on the celebrity endorsement space, Johnson’s deal with Under Armour came in at the top with a perfect score. The star’s shoe line with the athletic apparel brand sold out in just 30 minutes back in June. His compensation is believed to be somewhere around $15 million per year, which is what he earns from his endorsement deal with Ford.

We assume that after he sells out all of his apparel Johnson simply strolls into corporate offices belting his Moana tune “You’re Welcome.”

The top five actor endorsements and campaigns on the list are:

The firm arrived at these conclusions by surveying 300 U.S. participants across age demographics with inquiries related to trustworthiness, relatability, likability, attractiveness and authenticity, while also considering facial, name and voice recognition of 400 actors who had endorsement deals between January 1, 2017 and August 31, 2018. Under Armour has been put into a good sales position thanks to Johnson’s two decades of fame, charming personality, good reputation and successful films.

Johnson will next appear alongside Emily Blunt in Disney’s Jungle Cruise, due out in 2019. 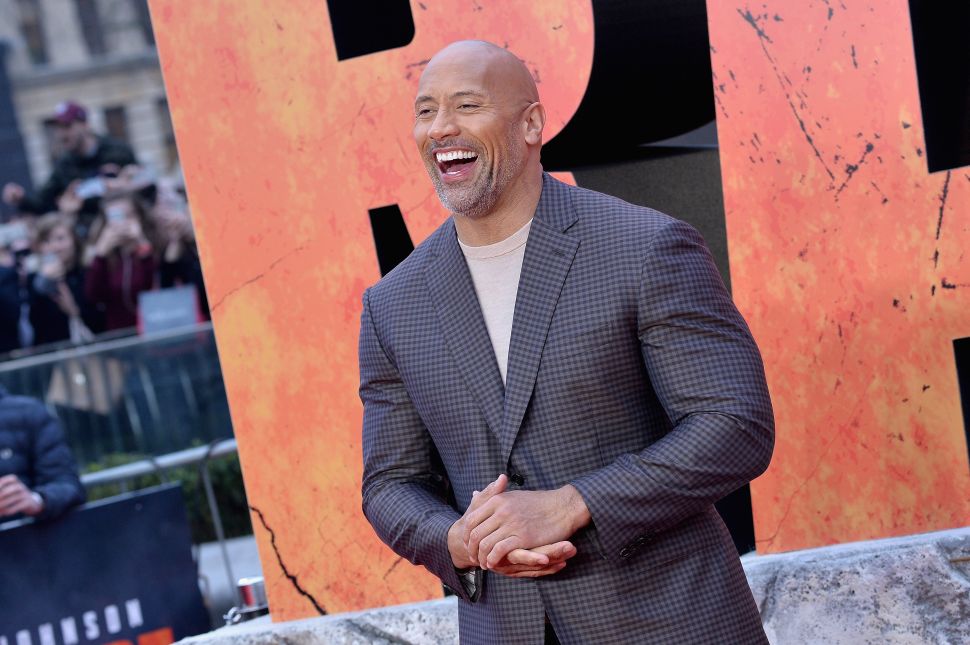