Today, Michael Myers returns, as the 11th film in the Halloween franchise hits cinemas almost 40 years to the day after the original scared the bejeezus out of us. In that time, we’ve seen seven presidents, the collapse of the Soviet Union, the birth of the internet and, perhaps most inexplicably, the redemption of M. Night Shyamalan. We’ve also seen the horror genre become Hollywood’s most consistently bankable bet, with the Halloween series emerging as one of the most endurable franchises in its history. The new movie is well on its way to jaw-dropping numbers, just one year after the big-screen adaptation of Stephen King’s It smashed horror records.

But how has the plodding Myers (seriously, dude never moves beyond a brisk walk) led the race while so many other would-be slashers, demons, ghosts, ghouls and serial killers failed to finish? And why have horror movies proved so immune to the fickle nature of the box office?

In a survey of 1,000 movie fans, Atom Tickets discovered that 70 percent of users have seen at least one Halloween movie and that Latinx movie fans are twice as likely to see the movie than other racial groups. A significant 48 percent of Atom’s Latinx audience said they have seen every single entry in the franchise.

“Halloween continues to be arguably the strongest horror franchise in history, and excitement for the upcoming movie is being driven by a young and diverse audience,” Alisha Grauso, editorial lead for Atom Tickets, said. “The Latinx fanbase has always turned out for horror movies, especially Halloween. Though none of this may surprise you, what is surprising is learning that half of Atom’s Latinx users have seen the entirety of the Halloween franchise. This is really impressive and speaks to the love that they have for the property.”

There’s something fundamentally appealing about the tantalizing terrors of horror flicks that keeps audiences coming back, especially in groups. Unsurprisingly, 34 percent of users said they enjoy scary movies because they find it fun, and 21 percent of users admitted that they enjoy it most with friends present. Similar to comedy, the genre lends itself to shared viewings, while dramas have often been considered more singular.

“What’s really fascinating about horror movies is how much the experience relies on other people,” Grauso explained. “Seeing a horror movie in a theater is a communal social experience you can’t really replicate with other genres in quite the same way. Scary movies provoke such a visceral emotion that the reactions of others around us become as much a part of the experience as the movie itself, whether it’s laughing at your friend for screaming aloud or hoping the date you’re really into grabs your hand.” 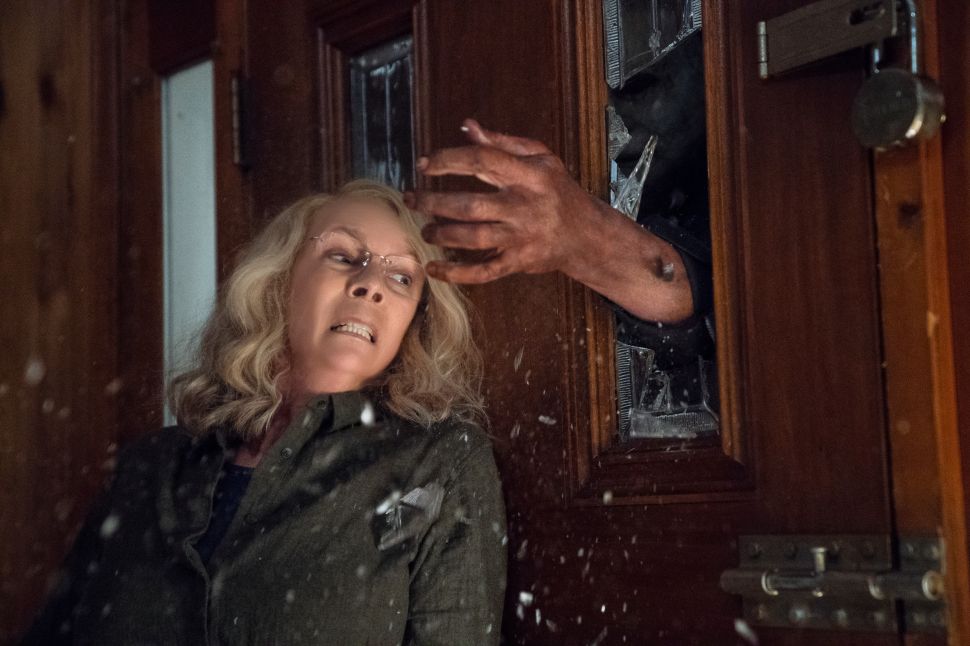