The Crown racked up heaps of critical praise and nabbed Claire Foy an Emmy, and now HBO is hoping the Netflix series’ unexpected popularity in America will direct some eyeballs to Queen of the World, its new documentary chronicling a year in the life of the British royal family.

Though it doesn’t feature Elizabeth II puffing on a stogie or Prince Harry sprinting nude through Windsor Castle, the hour-long film does offer moments of amusing haughtiness (Princess Anne explaining why she doesn’t—heavens!—shake hands) and humanizing voyeurism (Elizabeth can be wry!). In fact, while a project like this may have elicited a “meh” in the Obama years, the comings and goings of these starchy Brits feel like TV comfort food as our own republic seems to teeter on the brink of some new kind of collapse daily.

“We live in divided times,” says Nick Kent, the doc’s executive producer, “and politicians aren’t doing a very good job of bringing people together. One of the functions of the Royal Family is to be above politics and bring people together. So there’s a kind of yearning for the monarchy.”

Queen of the World depicts the transitional period in which Prince Harry got married and Queen Elizabeth prepared to welcome the leaders of all 53 countries of the British Commonwealth to Buckingham Palace, flashing back to the earliest days of Elizabeth’s reign via Pathé newsreels and never-before-seen home movies. Meghan Markle inspects her wedding dress; Justin Trudeau and Anna Wintour make cameos; countless events are hosted; and much small talk is made.

“The big revelation to me is that the queen has a great sense of humor,” says Kent, “and she’s very astute when it comes to the media.” In her own way, Her Majesty is to blame for royalmania—she insisted that her 1953 coronation become the first to be televised, telling a displeased Winston Churchill to stuff it.

But the film is light on frivolity—there’s no longer time for indulgent baths and midday vodka pick-me-ups. “They do do stuff,” says Kent. “It’s not a decorative position. They work really, really hard, and I guess they know they have to. It’s a constant process of proving your relevance in changing times, and that takes hard work.”

Queen of the World premieres October 1 at 8 p.m. ET. 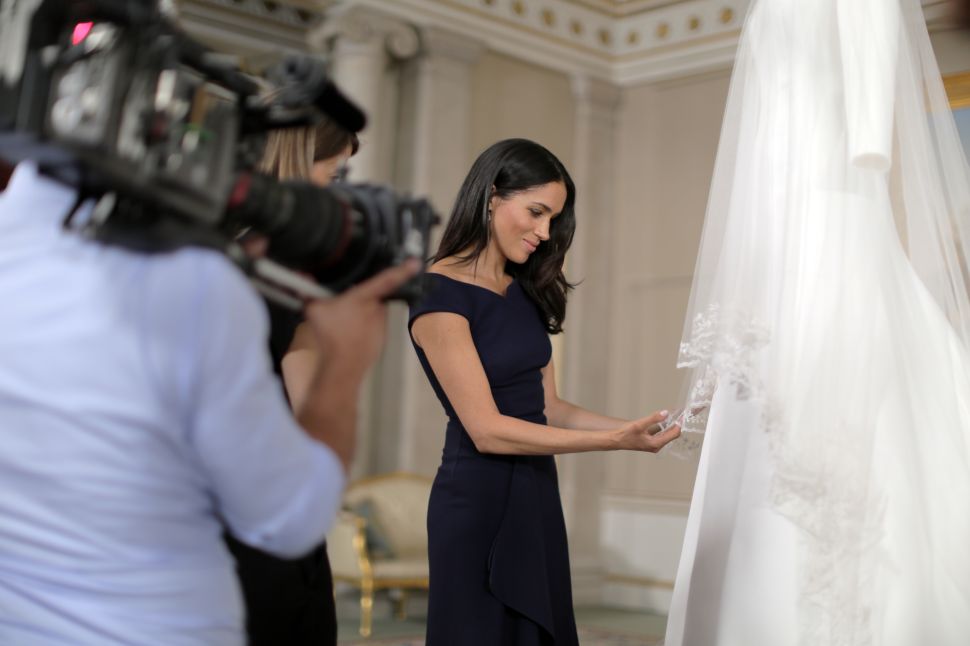