The estate of artist Ana Mendieta announced last month that it was suing Amazon for copyright infringement over the studio’s remake of the creepy 1977 classic, Suspiria. Representatives of the artist—who became known in the 1970s and 80s for her images of women’s bodies etched into the earth—grew concerned after the trailer for the new supernatural horror film was released. They pointed to several shots in the forthcoming film that looked eerily similar to Mendieta’s work. And beyond that, Luca Guadagnino, the director of the new Suspiria, had already told Deadline that his film took inspiration from feminist art, though he did not mention Mendieta by name. It’s clear, at least from the trailer, that both Mendieta and Suspiria deal with similar themes: blood, bodies, women. But still, some of the comparisons made by the estate feel like a stretch.

Before the current lawsuit, Mendieta’s reps (the artist died tragically in 1985 after falling from the window of her 34th floor apartment) sent a cease-and-desist letter back in June. After receiving the letter, Amazon removed the two scenes supposedly inspired by Mendieta’s work from the trailer. But now the estate wants Amazon to pay reparations for more images in the film that they feel are directly derived from Mendieta’s work.

But being influenced by the work of visual artists—and yes, even ripping them off—is nothing new for the horror genre. Many a director has cited an artist or movement as inspiration over the years. Here are six other horror films that have overtly borrowed from the art world.

The small houses that Toni Collette constructs while playing the character of an artist named Annie in Hereditary could easily have been inspired by sculpture artist Thomas Doyle, himself a maker of very, very tiny homes.

Doyle’s small sculptures have been featured in the likes of Elle Decor and Tatler, while the artist is currently represented by London’s Ronchini Gallery. Though this inspiration has not been confirmed, there is no denying that the tiny houses featured in Hereditary look strikingly similar to Doyle’s mini abodes—but then they also bear resemblance to other miniature makers such as Joshua Smith and Jill Orlov. Or maybe just most small suburban homes look the same.

The director of Pan’s Labyrinth, Guillermo del Toro, wasn’t shy in saying that he was inspired by Spanish painter Francisco Goya. Del Toro told the Guardian back in 2006 that the scene where the character Paleman rips the heads off fairies was directly inspired by Goya’s startling Saturn Devouring His Son. Not that Goya was around to object to the usage, but he probably wouldn’t have minded. Goya himself took the theme for this work, which was originally painted on the wall of his house, from the Greek myth of the god Saturn eating his own kid and its subsequent depictions in art—one of which was painted by Rubens.

The Exorcist and René Margritte

Perhaps the most famous and foreshadowing scene in The Exorcist (which came to be used on the movie poster) is the arrival of Father Merrin at the MacNeil residence, where he’s basked in eerie light. It’s long been said that this scene was inspired by the work of surrealist artist René Margritte—something director William Friedkin confirmed on Twitter. The movie takes specifically from Margritte’s painting Empire of Lights. The visual likeness might not really go beyond the lighting, but let’s be honest, we all know it’s really about the hat.

Artist H. R. Giger was the artist behind the monster in this 1979 horror hit. But for his part, Giger said that he drew from the work of Francis Bacon while developing his final design. As the Guardian related at the time of Giger’s death in 2014, his idea for the inhuman form was that “[It] would come tearing out of the man’s flesh with its gaping mouth, grasping and with an explosion of teeth…it’s pure Bacon.” Though the full creature is a little more mechanical that Bacon’s creations, it’s easy to see the similarity in scenes where it sidles up to Sigourney Weaver, its long head extending from the shadows.

It’s a well-known fact that aspects of the killer’s costume from this horror film were ripped off of an image by Norwegian artist Edvard Munch. The long, ghoulish visage of the antagonist, Ghostface, was definitely inspired by Munch’s The Scream, but in something of a roundabout way. As Bloody Disgusting tells us, the film’s director, Wes Craven, originally planned to use a mass-produced mask sold all over the place in the ‘90s. Called “Peanut-Eyed Ghost,” it was directly inspired by Munch’s memorable work. But the company that owned the rights to the mask wanted too much money for its use, so instead, Craven had someone design a new mask based on the original.

That the iconic painting was a source beyond this hasn’t ever been confirmed. But maybe no one felt that had to be said, given that the title…uh…screams it.

The Shining and Diane Arbus

Everyone who has seen The Shining remembers its terrifying (though visually stunning) scene where the twin girls are suddenly discovered standing side by side in the hotel’s hallway. Fans have long pointed out that the obvious references to a photograph the by Diane Arbu, Identical Twins, Roselle, New Jersey, 1967. It’s obvious that there is a strong visual similarity, but with no confirmation, we’re just left to speculate about whether the director was influenced by Arbus’ work or just if all photos of identical twins bear a similarity. 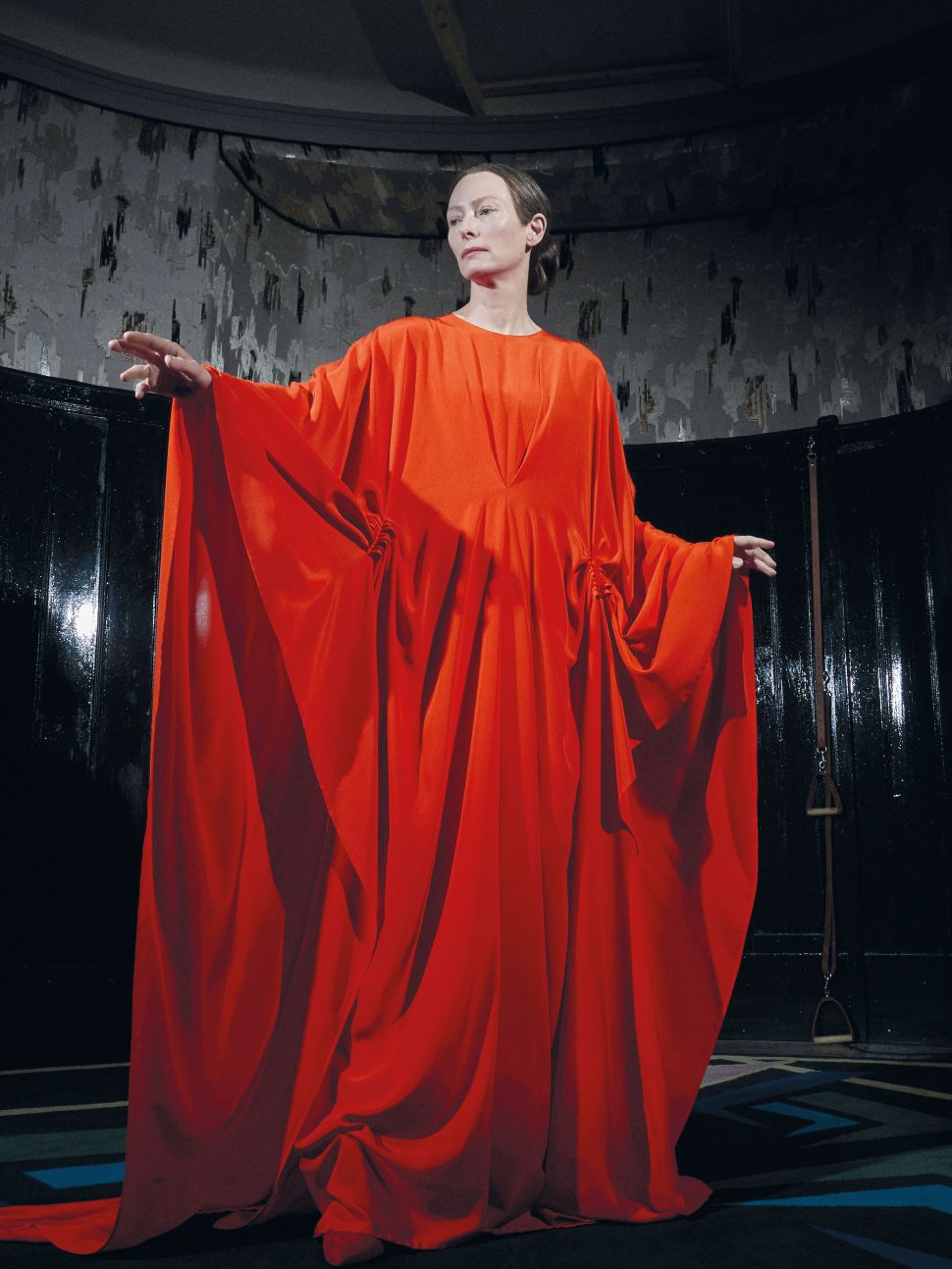