Kids with little experience and no discernible talent keep turning out bombs with alarming frequency. Add a dreary, post-apocalyptic mishap called I Still See You to the list. Poorly written by Jason Fuchs, amateurishly directed by Scott Speer and ineptly acted by a cast of young people headed by vampirish Goth Bella Thorne, this turkey is chock full of names you’ll want to forget. What handsome, versatile and criminally underrated Dermot Mulroney is doing in it is anybody’s guess. It couldn’t be the money.

The plot is too loopy to explain, but basically it’s about paranormal ghosts who keep altering the lives of everyone in Jewel City, Illinois. Ten years earlier some devastating holocaust called “The Event” destroyed most of downtown Chicago, 50 miles away, killing off the citizens and leaving behind the remnants of the people who died, called “rems.”

The rems are everywhere, like holograms—sitting in classrooms, crossing the street, ice skating on frozen ponds, and sipping coffee with the morning paper at the breakfast table. Unable to speak or communicate, they serve as reminders of things from the past and always vanish in a puff of aerosol spray.

One morning a girl named Ronnie (Bella Thorne, who is a bigger spook than the rems) steps out of the shower to face a naked rem in the bathroom mirror and fears her life is in danger. So she enlists the aid of a peculiar transfer student named Kirk (Richard Harmon) to track the rem, who may or may not be a serial killer responsible for strangling and murdering a girl with the same birthday as Ronnie. Much silliness ensues, falsely claiming the label of thriller without a single thrill in sight. The low-key acting is propelled by a soundtrack of slow, gushy strings.

Nothing about I Still See You attempts to succeed on any level of logic, including the script, peppered with pseudo comic book mumbo-jumbo like “molecules with negative charges,” “invisible light in response to radiation,” and “metal that disrupts spectral energy.” Even in movies this preposterous, the villains usually make sense, but when, for reasons never fully explained, a wasted Dermot Mulroney, who plays the school’s charming science teacher named August Bittner (where do they get these names?) turns out to be a demonic killer who thinks turning his students into “rems” will bring his own “rem” daughter back to life, well never mind. I’ll have what he’s having… 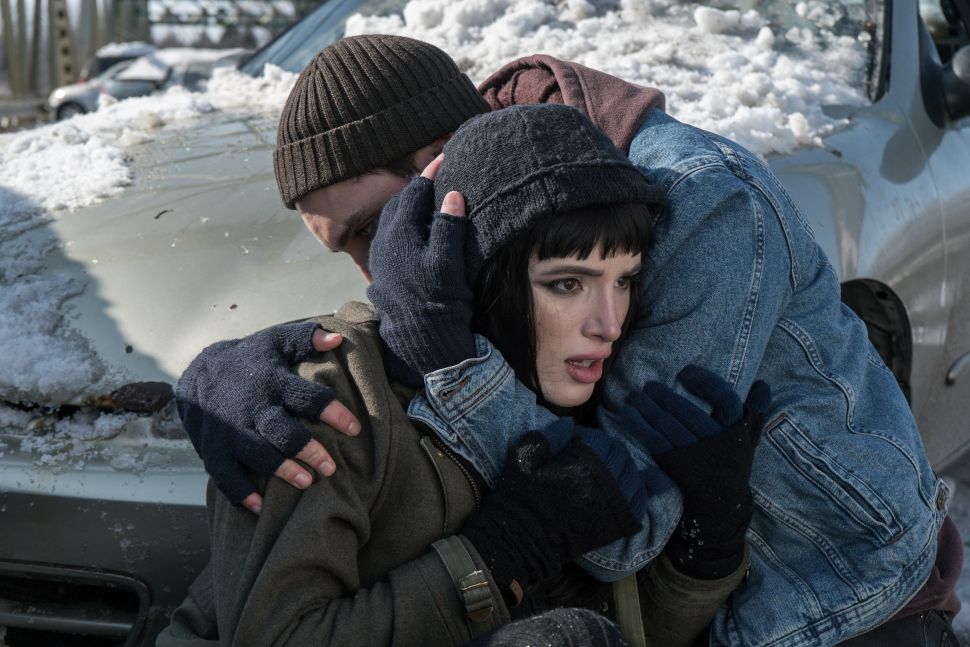