Kepler, the little spacecraft that could, is now at rest. But, its legacy will live on.

NASA announced on Tuesday that after nine-and-a-half years in orbit, its intrepid space explorer—the Kepler space telescope—has run out of fuel. “Kepler has revolutionized our understanding of our place in the cosmos,” Paul Hertz, astrophysics division director at NASA Headquarters, said during a news conference detailing the spacecraft’s fate. “Before we launched Kepler, we didn’t know if planets were common or rare, but now we know there are more planets than stars in our galaxy.”

Many of these planets could reside in their host star’s habitable zone—a cosmic sweet spot—making them just warm enough that they could have liquid on their surface, a trait scientists believe is conducive to life.

After nearly a decade in orbit, Kepler earned its title as a planet-hunting powerhouse by discovering more than 2,600 planets around other stars. Launched in 2009, Kepler was tasked with finding nearby Earth-like exoplanets in the habitable zones around stars. Kepler spent four years scanning a small patch of sky, identifying thousands of potential exoplanets.

Kepler’s main objective was to determine how common rocky exoplanets were. More than 4,000 exoplanet candidates were detected during its first four years. Nearly half of those are designated to be rocky Earth-sized or Super Earths, which tells scientists there could be nearly a billion Earth-like planets in the Milky Way alone.

But, identifying exoplanets isn’t easy. To carry out its mission, Kepler focused on the population of stars in its field of view. It spent years searching for transits, or tiny dips in starlight produced as a planet crosses in front of its host star. Detecting transits takes incredible precision, and Kepler performed beautifully, finding as many as half of all known exoplanets.

However, it’s been far from smooth sailing for the space telescope. Kepler had multiple brushes with death, but managed to keep on coming back every time. In 2013, a hardware malfunction occurred, nearly crippling the telescope. Kepler relies on four reaction wheels to keep on target, and it looked like Kepler was down for the count when not one, but two reaction wheels failed. This left Kepler without the ability to point itself with precision. But, thanks to some crafty engineering, the telescope was given a second chance at life.

Kepler was designed and built for NASA by Ball Aerospace, which just happens to employ some crafty space MacGyvers. Thanks to their engineering prowess, a plan was hatched that would harness the energy of the sun in order to help steady the telescope. The team always knew that Kepler’s achilles heel would be its fuel supply. But in 2014, it was estimated that the observatory had enough reserves to last until 2021. Unfortunately, in 2016, the spacecraft unexpectedly switched to emergency mode and started rapidly burning fuel. The team was able to save the spacecraft once again, and Kepler went on to do more incredible science.

The loss of the reaction wheels meant that the observatory was unable to continue staring at the same patch of sky, so the science team devised a new mission, dubbed K2. Instead of staring at one field for four years, Kepler can now stare at different points along plane of the solar system for about 80 days each.

“The K2 mission takes the same telescope,” Steve Howell, a Kepler Project scientist explained during a meeting of the American Astronomical Society in 2016, “but uses the light of the sun as a force to push on the solar panels, and then using the two good reaction wheels to push against that force, we are able to point the telescope.”

Since the dawn of time, humans have pondered one of life’s big mysteries: Are we alone? Kepler may shine some light on that enigma by changing the way we view the universe. Just three decades ago, astronomers could not say with any certainty whether there were planets around other stars. Now, we know that the universe is home to more planets than stars, with billions of potentially habitable planets right in our own galaxy.

But as Kepler’s watch over the cosmos ends, the quest to understand our place in the universe is just beginning. The next generation of planet hunters are gearing up to take the search for exoplanets and life beyond Earth to new heights. Kepler’s science gathering days may be over, but it’s passing the torch, like a runner passes a baton, to NASA’s newest planet-hunter the Transiting Exoplanet Survey Satellite (TESS).

After launching in April of this year TESS, which was designed to find and study the exoplanets closest to Earth, has wasted no time; the spacecraft may have already identified its first two potential exoplanet candidates. Astronomers are waiting for these candidates to be confirmed, but this is an impressive feat for a telescope that launched just a few months ago. The apparent overachiever, perhaps TESS is hoping to surpass Kepler’s impeccable record, whose tally (according to NASA) is up to 5,580 possible planets with just under 3,000 of those confirmed as exoplanets.

The @NASA_TESS team is excited to announce the mission's first candidate planet — a super-Earth around the bright star Pi Mensae, nearly 60 light-years away. The planet orbits every 6.3 days. The discovery is now being reviewed by other scientists to validate it. Stay tuned!

According to the science team, part of what made Kepler so amazing is that it found all sorts of crazy planet types we never even imagined were possible: planets made of styrofoam, ocean and lava worlds, and even planets that orbit more than one sun, like Luke Skywalker’s iconic home world of Tatooine. Yet, the exoplanet of our dreams—an Earth 2.0—remains beyond our grasp.

That is sure to change as TESS reaches its full potential and future observatories, such as the James Webb Space Telescope (JWST), come online. With the increased sensitivities of these observatories, we may finally be able to sample exoplanet atmospheres and determine how habitable these nearby worlds really are. Any potential Earth-sized planet could truly be labeled “Earth-like” if its atmosphere is anything like ours, which can only be determined if we have the right conditions and the right telescope.

“We know the spacecraft’s retirement isn’t the end of Kepler’s discoveries,” said Jessie Dotson, Kepler’s project scientist at NASA’s Ames Research Center in California’s Silicon Valley. “I’m excited about the diverse discoveries that are yet to come from our data and how future missions [like TESS and JWST] will build upon Kepler’s results.” 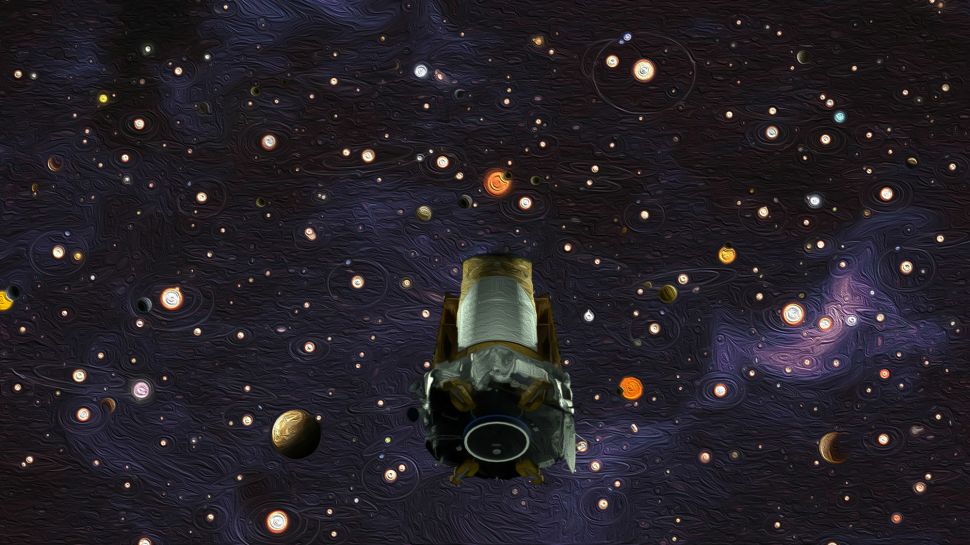