On Sunday morning Ariel Dumas, a writer for The Late Show with Stephen Colbert, apologized for a good joke. Writing on Twitter, she explained that the experience of the Kavanaugh nomination had been hard for the country and for her personally.

“The complexity of frustration, anger and sadness can’t be accurately conveyed on Twitter, and I regret my tone-deaf attempt at sarcasm in the wake of it,” she wrote.

It is uncertain if Dumas was forced to make a statement by her employers at CBS, or if she volunteered the apology on her own, but one thing that is 100 percent crystal clear is that she never should have found herself in the position in the first place. The joke she posted on Saturday—”Whatever happens, I’m just glad we ruined Brett Kavanaugh’s life.”—was the latest target of the bad faith destruction machine of the right.

For those unwilling or unable to parse humor, the concept behind the joke is pretty simple: In a tone of weary surrender, it was a sharp rebuke to the idea that Brett Kavanaugh, now being elevated to a lifetime appointment to the highest court in the country, had his life ruined by accusations of sexual assault as so many on the right had been suggesting. We’d all be so lucky to have our lives ruined like that.

It’s another cruel irony that would no doubt also be lost on the humorless scolds on the right that it’s Dumas whose life they are now attempting to ruin. Soon after the joke was published, the wheels of the vexation and spite apparatus on the right who maintain constant vigilance for such alleged missteps from the “liberal media” went to work, broadcasting it far and wide as evidence of the sickness of the left. It bubbled up from the typical prominent social media liars and weaponized troll commanders, and eventually wound its way to a Fox News story and a segment on Fox and Friends this morning.

It is now very likely that the president is aware of the joke and will further subject Dumas to his hoard of raving turds.

the fake outrage from fox about ariel dumas' tweet is so obvious and disgusting. brett kavanaugh is an associate justice of the supreme court; his life is not ruined. you only miss the sarcasm of the tweet if you don't want to see it. pic.twitter.com/PKXtfAGRyx

“So they’re admitting, hey, this is great, we just wanted to beat him up, try to prevent him… If he gets on the court, at least we destroyed his reputation,” they said on the program. “It’s hard to clarify something like that.”

It’s really not! It was a joke. The people on Fox and Friends know it was a joke, and the canny manipulators on the right who put it on their radar know it was a joke, but they’re betting that a significant enough portion of their audience is dumb enough to not get it, that it can be used as a wedge in the never-ending culture wars.

It’s certainly not the first time this whole sick pageant has played out, something Kathy Griffin, who herself went through a similar cycle last year, was keenly aware of in offering her support of Dumas.

. @ArielDumas, a comedy writer, being held to a higher standard than the President of the United States. Love you @ArielDumas, fuck the haters. https://t.co/7jYcYC0UNJ

Similarly last year, Sam Seder, the MSNBC political contributor, saw his contract with the network canceled after an obviously sarcastic joke he had made about Roman Polanski in 2009 was surfaced by professional bad faith provocateur Mike Cernovich. Guardians of the Galaxy director James Gunn was also removed from the hit film property when old jokes of his—admittedly less defensible than the other examples here—were put through the spin cycle.

Almost anyone of any stature in media who dabbles in political humor has found themselves in this scenario by now. I’ve had a number of phony campaigns attempted against me at outlets I’ve written for over the years after comments I’ve made about gamers and gun fetishists were amplified in bad faith. In both of those cases, and in the one surrounding Dumas, the worst insult of it all is having to convince the people you work for, the ones who you are ostensibly politically aligned with, and what’s worse, who should know better by now, that the people writing or calling in to complain are not their actual audience and that there is nothing to be won by hearing them out. In fact, there’s everything to lose.

It’s something that supposedly neutral arbiters of such things, like centrist mind genius and CNN media reporter Brian Stelter—who shared the Dumas apology yesterday, subjecting her to further abuse on Twitter—are still either too dumb or too sympathetic to the right to have figured out. Yes, the left often engages in boycott campaigns or attempts to see figures they disagree with on the right be fired from their jobs, but that tends to be over actual, you know, harmful things they’ve done in their lives, not an obviously sarcastic joke from someone feeling sickened and wounded by the 24-hour news cycle of sexual assault dismissal and gaslighting.

None of this will ever stop from the right, and it’s pointless for any of us to try convincing them to behave otherwise. But we can expect better from the center. The right does not trust you, they do not care about you, and no attempt to placate them will ever engender you into their good graces, whether it’s The New York Times, which recently caved to such a bad faith campaign, MSNBC, CBS or anyone else left of Breitbart.

If you want to earn some good will, media managers everywhere, you might stop worrying about what the people who already hate you think and start supporting your employees. If Stephen Colbert doesn’t come out in support of Dumas today, he’ll have failed all of his fans, but more importantly, someone it’s his job to stand up for. 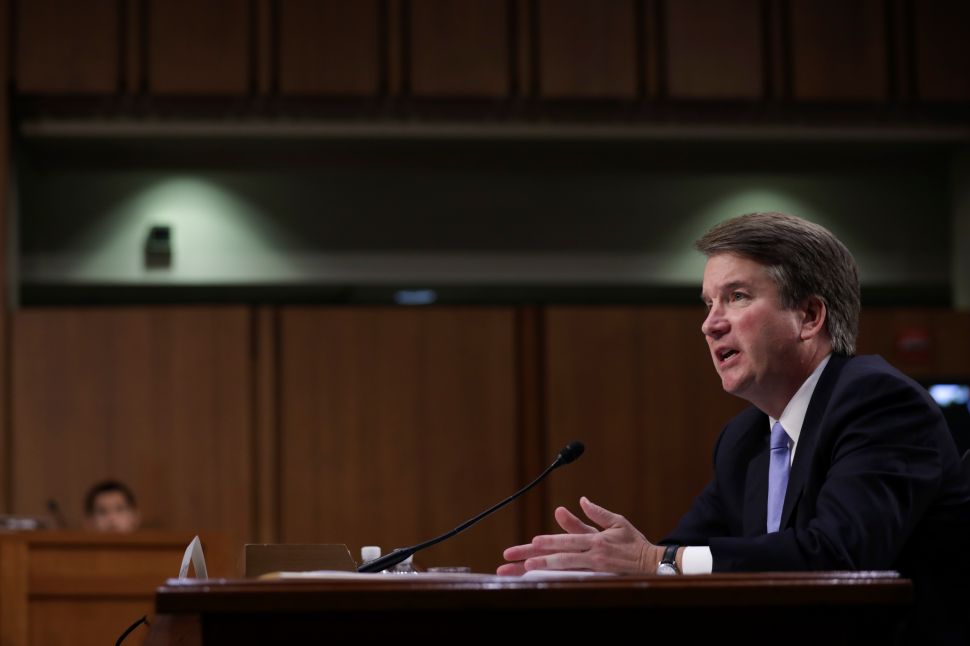