Meghan Markle has come a long way since her bandage wrap dress days. The Duchess of Sussex is in the midst of a 16-day royal tour with Prince Harry, and it seems she’s taken a cue from Kate Middleton by supporting countries and causes through her outfits.

The Duchess of Cambridge is famously detail-oriented when it comes to her sartorial choices for royal tours and state dinners—she often wears colors connected to the country she’s visiting, and often selects apparel created by local designers. On her tour of Australia, Fiji, New Zealand and the Kingdom of Tonga, Markle is not only wearing ensembles by Australian designers, but also making a point with the sustainable, eco-friendly fashion she’s sported. After all, the royal tour is focused on youth leadership, the Invictus Games, and environmental and conservation efforts.

Her decision to change out of Manolo Blahnik BB pumps into $145 black pointy-toe flats on South Melbourne Beach already turned heads, but then we noticed the shoes she switched into are by Rothy’s and made entirely from recycled plastic bottles.

This footwear trend continued when Markle boarded a boat in Sydney Harbour earlier today with Prince Harry to watch an Invictus Games sailing event. The Duchess of Sussex went casual, with skinny jeans, a windbreaker jacket that matched her husband’s and a pair of white sneakers. Considering Markle is pregnant, slipping into a comfy pair of sneakers is probably a huge relief. These particular kicks by Veja are a bit pricey at $120, but they’re also made from entirely sustainable materials.

Markle chose the Vesplar style for her Australia outing. Veja’s entire mission is about style, sustainability and transparency. The Paris-based brand produces its pieces in Brazil, where it creates fair trade jobs and uses materials like recycled plastic bottles and upcycled tilapia skin. 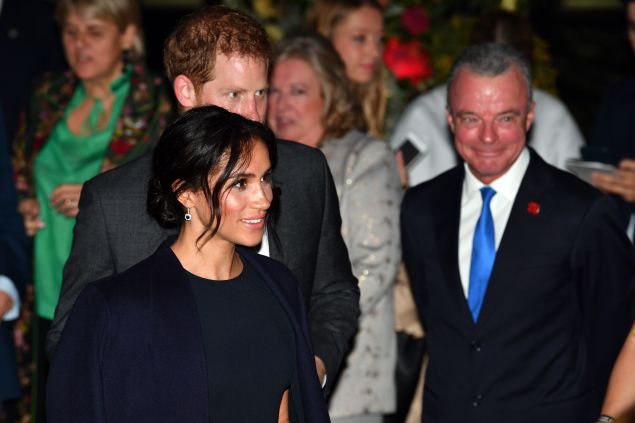 Markle made a familiar choice for her look for the Invictus Games opening at the Sydney Opera House, donning a Stella McCartney navy cape dress. She’s worn the designer before, including at her wedding reception, and the brand is famously eco- and animal-friendly, not using fur, leather or PVC. McCartney is a major advocate for sustainable style and promotes using technology for a greener fashion industry. Die-hard royal fans may recognize the dress, as Markle wore it at Queen Elizabeth’s birthday concert at Royal Albert Hall in April, shortly before the former Suits actress and Prince Harry tied the knot.

And because Markle is still a lifestyle blogger at heart, she opted for a breezy dress from the perennial cool girl brand Reformation for an outing on Fraser Island. The eco-friendly label is known for its Instagrammable looks and an ethos that focuses on sustainability. Markle rocked a $218 Pineapple frock, which, oddly, has no fruit on it. Sadly, she couldn’t upload a snap of her ensemble to Instagram, but she did make the dress sell out. 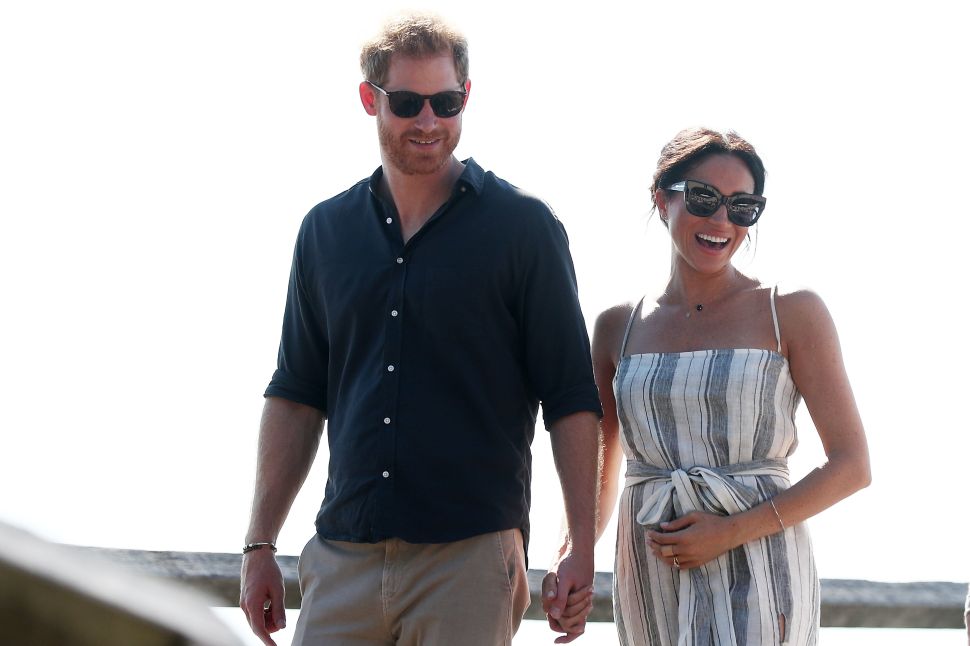