Meghan Markle’s past life as a self-proclaimed foodie lifestyle blogger is coming in handy. The Duke and Duchess of Sussex are currently in Australia on their 16-day royal tour, and Markle is again showing off the culinary skills she flaunted on her defunct blog, The Tig.

Today, Markle and Prince Harry stopped at social enterprise restaurant Charcoal Lane for lunch. The eatery, located in Melbourne’s Fitzroy neighborhood, has a Mission Australia program that trains Indigenous youth in the cooking and hospitality industries, and the couple’s meal was prepared by the young chefs.

But before the duo dined from a menu that included mushroom and quinoa, saffron risotto, kangaroo, wild boar and barramundi, they took a tour of the kitchen and met with executive chef Greg Hampton for a “touch, taste and smell” experience of local ingredients. Hampton offered them some native herbs and spices to test out, though the Duchess was a bit more prudent due to her recently announced pregnancy.

Markle apparently opted out of the finger limes, while Prince Harry refrained from tasting the ultra-spicy pepper leaf. Markle also told the staff she used one of the available ingredients, wattleseed, in her own cooking adventures—we wonder if it was in her famous engagement chicken.

The acai bowl enthusiast had already boasted her kitchen prowess shortly after she touched down in Sydney. Yesterday, she baked banana bread before her and Prince Harry’s visit to a family-run farm in Dubbo. She reportedly whipped up the homemade treat in the Admiralty House kitchen, where the duo are staying, and added in chocolate chips and ginger.

It’s all very fitting for the erstwhile Suits actress, who also parlayed her passion for food into her first official solo charitable endeavor as a royal: supporting a charity cookbook, which, sadly, did not include her beloved chia seed pudding. 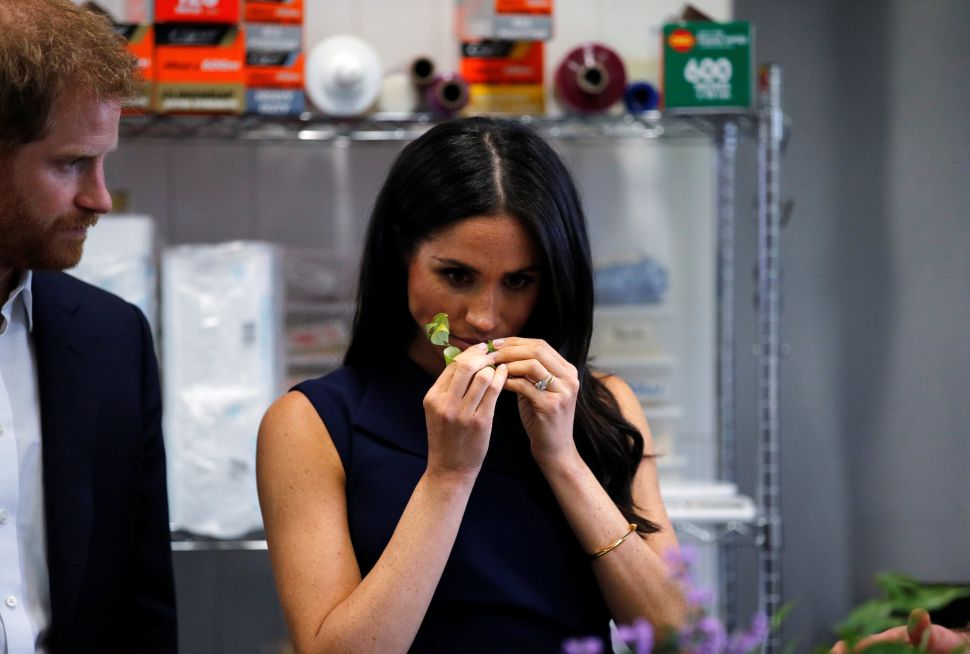