“Listen, here’s my recommendation,” Cohen told CNN reporters staked outside his Manhattan residence. “Grab your family, grab your friends, grab your neighbors, and get to the poll, because if not, you are going to have another two or another six years of this craziness. So, make sure you vote. All right?”

The former Trump attorney’s remarks come during a pivot to ‘woke’ campaign initiated by his cooperation with federal prosecutors investigating the president’s sprawling business enterprise. Cohen and his lawyer met with law enforcement on Wednesday to discuss cases against Trump, which many speculate involve campaign finance violations from hush payments to women.

Cohen leaked footage over the summer of himself and Trump discussing buying the legal rights to a Playboy model’s story involving an affair with the president, escalating a civil war between the two men. After pleading guilty to eight counts, the embattled attorney met with prosecutors working on behalf of Special Counsel Robert Mueller to provide information on Trump’s business dealings.

Good for @michaelcohen212 in providing critical information to the #muellerinvestigation without a cooperation agreement. No one should question his honesty, veracity or loyalty to his #family and #country over @potus @realdonaldtrump

The #MidtermElections2018 might be the most important vote in our lifetime. #GetOutAndVote #VoteNovember6th

Ahead of the midterms, Cohen has encouraged voters to reject a president he once famously boasted of taking ‘a bullet’ for—CNN reported this week the embattled attorney may even campaign for Democratic candidates.

“The #MidtermElections2018 might be the most important vote in our lifetime,” tweeted Cohen this past weekend. “#GetOutAndVote.” 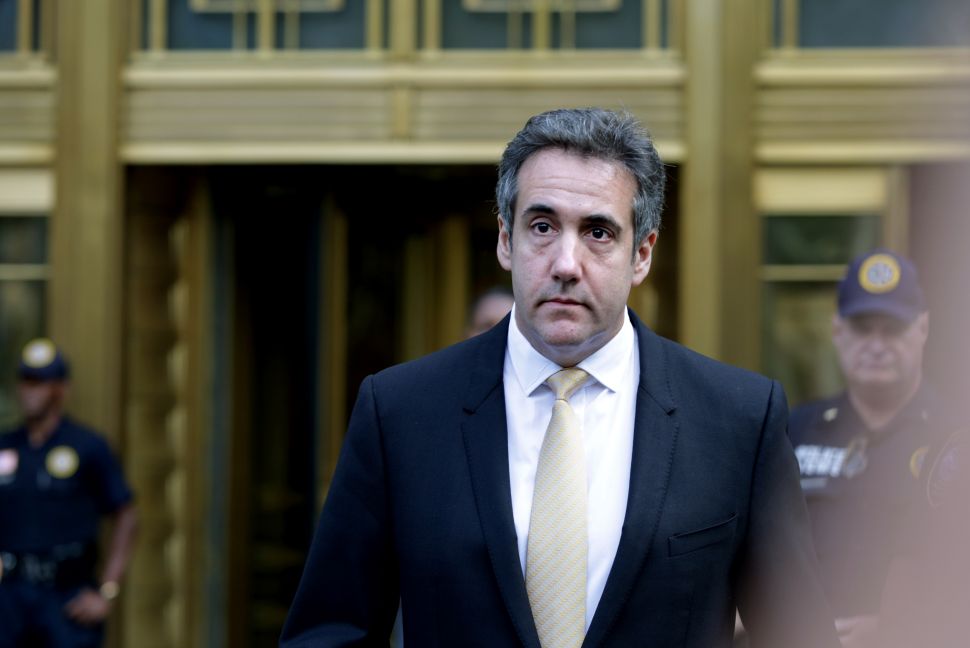