Ariana Grande and Pete Davidson might be over, but we’ve seen a few other insanely fast celebrity engagements stand the test of time (well, at least the past few months). We have Justin Bieber and Hailey Baldwin (sorry, Hailey Bieber), and then we have Meghan Markle’s pal Priyanka Chopra and former boy-bander Nick Jonas. The two started dating sometime in the spring, then got engaged over the summer, and now the actress is reportedly planning their wedding.

The latest news: Chopra and Jonas also have a new home. It turns out that the JoBro reportedly scooped up a $6.5 million Beverly Hills mansion in April, which is right around the time he and Chopra started dating, and according to Yolanda’s Little Black Book, he’s now residing at the glassy 4,129-square-foot pad.

The actor and singer actually scored a discount on the sleek five-bedroom, four-and-a-half-bathroom abode, which had been lingering on the market since September 2016. It’s been offered for prices ranging from $7.4 million to the most recent ask of $6.6 million, but he still managed to slice off a tad more.

The house is filled with clerestory windows and wide plank floors throughout, with custom Machiche wood-milled interior paneling. The living room features a large fireplace encased in grey basaltina stone, while the kitchen contains a gray stone-topped center breakfast island and countertops as well as white cabinetry, with stainless steel Miele appliances. Actually, the place has two oversize kitchens, so we’re going to assume someone living there is a big fan of cooking—Chopra did just share Meghan Markle’s charity cookbook on Instagram.

The home has plenty of floor-to-ceiling glass doors, which lead to the infinity pool, spa and deck in the courtyard-style backyard.

There’s also a two-story “floating guest wing” that can be reached via a covered exterior walkway; it consists of an extra bedroom suite, office and one additional room. Perhaps it’s for when Chopra and Jonas invite friends over to hang (the Duke and Duchess of Sussex extended their own invitation to the couple to spin by their home in the Cotswolds this past summer). Or maybe it’s for Joe Jonas and Sophie Turner so that they have a place to stay while they’re house hunting. Joe Jonas is still trying to sell his Sherman Oaks home, though he hasn’t had much luck—the price was recently lowered from $4.25 million to $3.9 million. 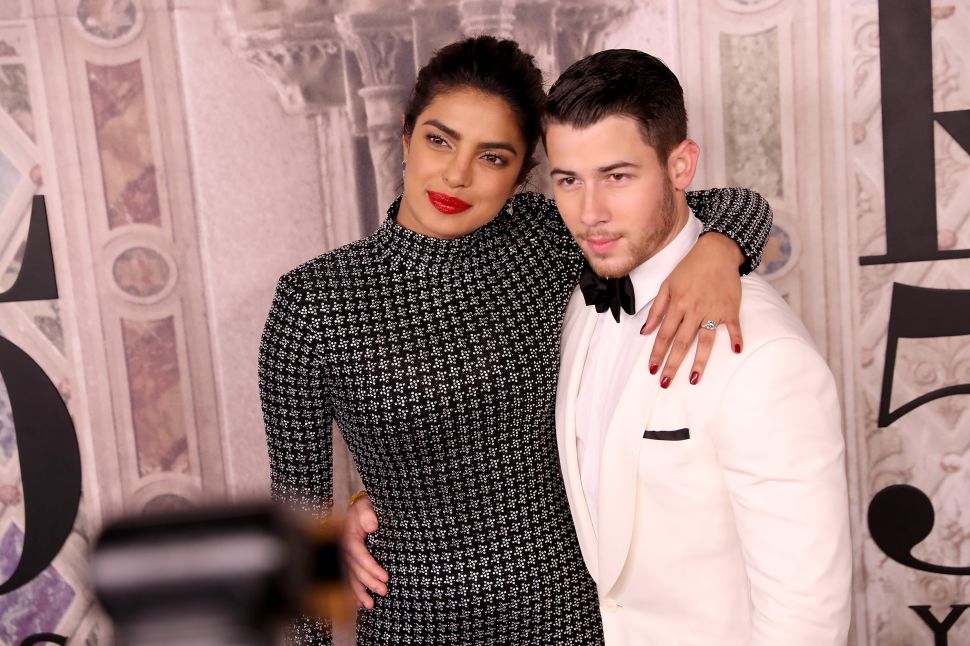