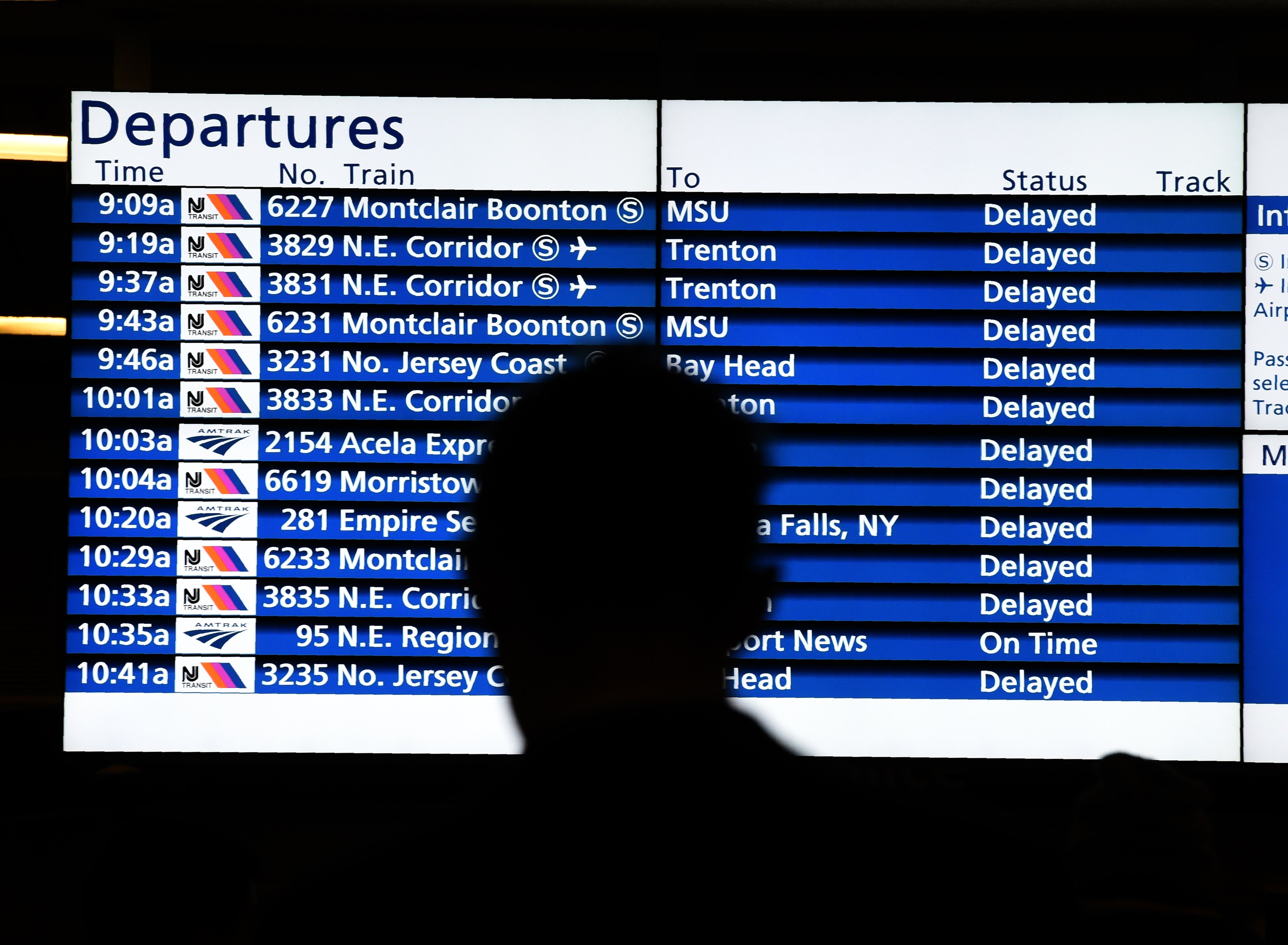 Two months and hundreds of angry social media posts by stranded commuters later, the audit points out just how bad NJ Transit still is at communicating with its customers. TIMOTHY A. CLARY/AFP/Getty Images

When you want to fix a state agency notorious for poor service and delays, it’s not a good idea to miss your deadline.

But that was the situation Gov. Phil Murphy was in on Tuesday, nine months after taking office and delivering the results of an audit of NJ Transit that he had said would take about three months to complete.

Murphy and his team have held off on making significant improvements to the agency’s service until the delayed $1.3 million audit was completed, even though NJ Transit service has become a statewide crisis with frustrated commuters filling social media with complaints.

The audit’s findings came as little surprise—describing an agency short on funding and a vision for the future, while hamstrung by a bloated bureaucracy and problems attracting and retaining personnel.

But Murphy, who in August held a press conference promising to address the agency’s problems, said now he will act on the audit’s recommendations. Murphy, however, warned that improvements will take time.

In August, Murphy also promised to improve communications, so commuters would be informed of delays and cancellations. Two months and hundreds of angry social media posts by stranded commuters later, the audit pointed out just how bad the agency still is at communicating with its customers, particularly on social media.

On Tuesday, Kevin Corbett, who is paid $280,000 annually as the agency’s executive director, again said the agency will improve its communications.

In a bit of irony, the agency was posting on social media during Murphy’s press conference at the Metuchen Train Station on Tuesday, informing commuters of additional delays. The tweet, posted at 11:34 a.m., informed riders that an 11:25 a.m. train from Secaucus would be 10 minutes late due to track maintenance.

Quote of the Day: “Whenever it’s about one random industry, it feels more like the product of lobbying and political capture than it does the product of a reasoned debate about what’s best for consumers and sellers in the state.” — Jacob Hale Russell, on a bill backed by South Jersey Democrats that would drastically curtail legal remedies for consumers suing car dealers—a bill that seems to benefit Democratic donors.

We know NJ Transit is a mess. This report shows how bad the agency really is.
More money and less bureaucracy. Those are the recommendations of a $1.3 million audit of NJ Transit being released this morning.
NJ.com Read more

5 Ways N.J. Transit Admits That It’s Failing
When Philip D. Murphy became the governor of New Jersey this year, he quickly targeted one of the state’s most aggravating problems — its woeful transit system. He ordered an audit of the system, New Jersey Transit, to pinpoint its problems and suggest solutions.
New York Times Read more

NJ Transit audit: Get better at social media
One conclusion from Gov. Phil Murphy’s $1.3 million audit was that NJ Transit’s social media team needed to rethink how it approached its posts.
The Record Read more

Unnamed culprit in Phil Murphy’s NJ Transit audit? Chris Christie
Chris Christie wasn’t mentioned Tuesday as his successor unveiled the results of an independent audit of NJ Transit, nor was the former governor’s name in the report.
The Record Read more

Countdown to New State Sales Tax on Online Shopping
New Jersey has a new tax law on the books that will soon require most e-commerce websites to collect sales taxes — and send the revenue to Trenton — whenever they sell products to Garden State residents.
NJSpotlight Read more

Battered by Sandy, New Jersey plans against sea level rise
New Jersey is working on a plan to better protect its coast and inland waterways from the effects of sea level rise and severe storms.
Associated Press Read more

NJ legal weed update: Lawmakers huddle to discuss latest bill
With less than three weeks before their latest self-imposed deadline for passing a legal marijuana bill, New Jersey lawmakers were meeting to discuss legislation that would tax the drug at 12 percent, expunge past marijuana convictions and establish no limit on the number of marijuana retailers.
The Record Read more

Well, at least N.J. isn’t dead-last in this ranking of states’ fiscal health. But it’s close.
If there’s any good news in the Mercatus Center’s latest comparison of state’s fiscal health, it’s that two states are actually worse off than New Jersey.
NJ.com Read more

Lawyers bail on Lakewood low-income housing nonprofit over unpaid $15,000 bill
The nonprofit running Lakewood’s largest rental housing voucher program, which is entwined in a lawsuit it filed against the federal government, hasn’t paid some of its lawyers in months, records show.
Asbury Park Press Read more

Fair Lawn teachers pursue ethics complaint against board member
Board of Education member Jeffrey Klein used his authority as a trustee to inappropriately dictate classroom policies, garner benefits for his child, and intimidate and bully staff members, a complaint filed by four middle school teachers claims.
The Record Read more 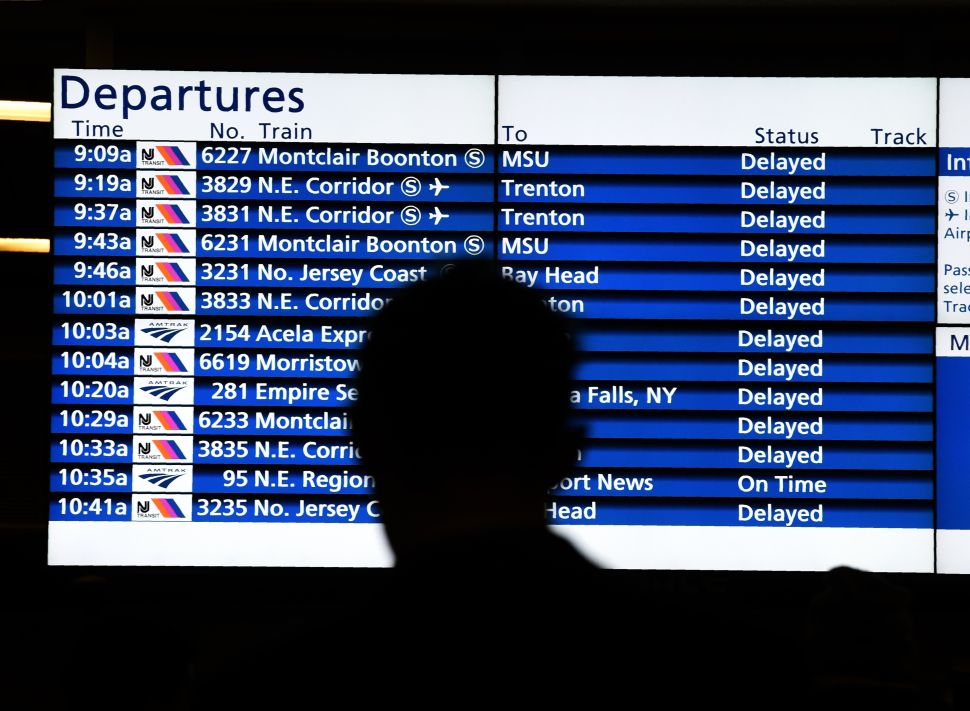