Like an Abbott and Costello riff, President Trump gave a reporter a private press conference alongside Sarah Huckabee Sanders, Mike Pence, Mike Pompeo, and John Kelly to prove his relationship with his chief-of-staff is thriving.

“He’s a four-star marine,” Trump told New York magazine‘s Olivia Nuzzi about Kelly. “He is a man who likes to see order and discipline, which I like. We came in and it was more free-rolling. We did a lot! We did a lot during the entire period. But I think there is great order now.”

The president continued the interview by handing out a list of his administration’s accomplishments in capitalized font and dismissing reports that he was eyeing Pence’s chief of staff, Nick Ayers, for Kelly’s position.

In response, Kelly called the president “great” and emphasized there was “no chaos” in the White House.

“Do we disagree sometimes? We do,” said the general. “My job is to make sure that that man has all of the information available from whatever source so that he makes the best decision, and then, when that decision is made, my job is to then implement that decision. There is, to the best of my knowledge, no chaos in this building. We’ve gotten rid of a few bad actors, but everyone works very, very well together.”

As Nuzzi left the White House, Kelly and Ayers stretched their arms around each other.

“This is my friend,” remarked the president’s chief of staff. 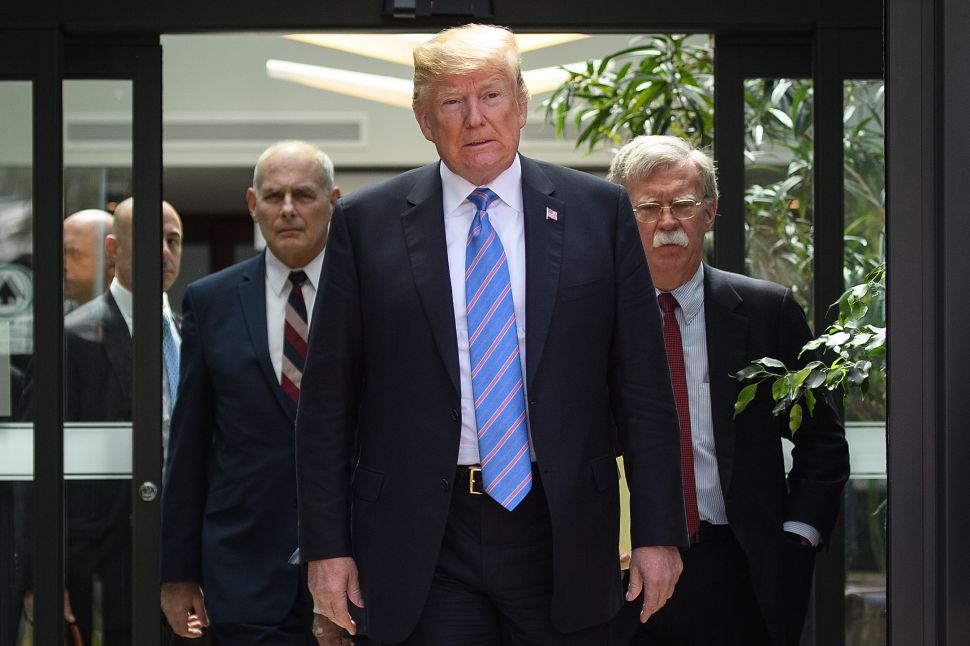