Manhattan’s Metropolitan Republican Club was vandalized ahead of an appearance by the controversial nationalist Gavin McInnes.

Arriving at the Upper East Side institution on Friday morning, employees discovered a broken window, graffiti on the doors and a note threatening further violence. Police were dispatched after a call last night by the club’s president, Deborah Coughlin.

“Our attack is merely a beginning. We are not passive, we are not civil, and we will not apologize,” the note reads, according to The New York Daily News. “Those of good conscience and clear mind know this state of oppression cannot remain.”

“I cannot recall something like this,” Ed Cox, the GOP party chairman, told a New York Times reporter.

Although McInnes cofounded Vice Media, he has become a central player in far-right movements. During the 2016 election, he assembled the ‘Proud Boys’ network, a coordinated group of men who espouse pro-Western rhetoric. Members who assault antifascists are awarded the gang’s highest rank. McInnes will speak at the Metropolitan Club on Friday evening.

Antifascists and Proud Boys have clashed before in Manhattan—at the encouragement of McIness. At the pro-Trump ‘Night for Freedom‘ gala at a Hell’s Kitchen nightclub in January, the founder claimed “if going outside and beating the living shit out of radicals” meant that he was “radical” than he was “a revolutionary.” That night, a 56-year old Republican was hospitalized after being assaulted by antifa counter-protestors.

“While these atrocities persist unabated, the Metropolitan Republican Club chose to invite a hipster-fascist clown to dance for them, content to revel in their treachery against humanity,” read the note left at the club on Thursday evening. 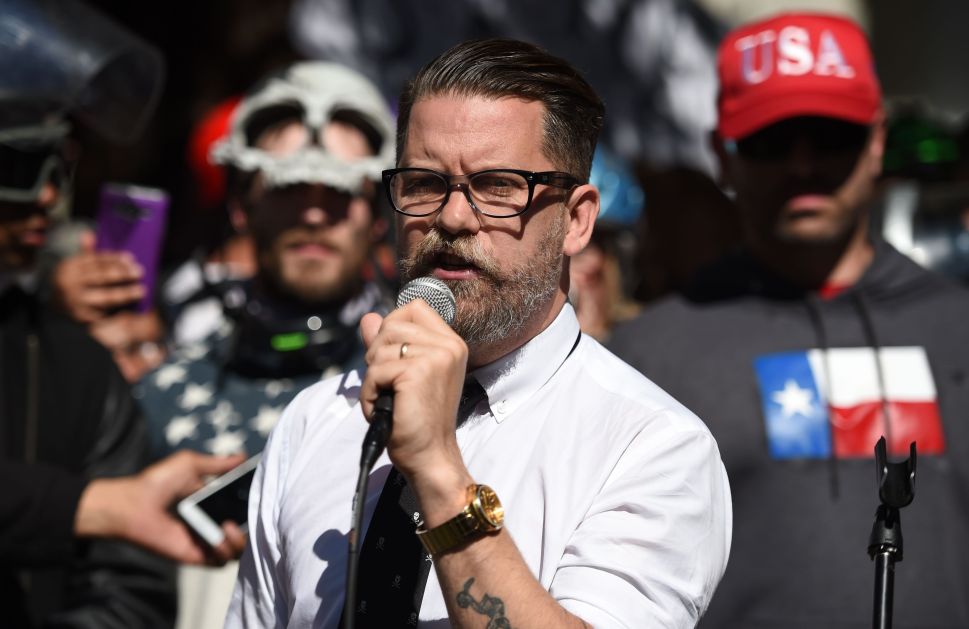