The company has long since abandoned the 2,500-seat Koch Theater at Lincoln Center and will avoid their “home” venue, the 1,100-seat Rose, until next June.

The 2018 season began, not with Douglas Ward’s Crucible, as originally announced, but rather with a chamber work, María de Buenos Aires, in the intimate (read: tiny) cabaret space Le Poisson Rouge, playing to around 400 a night.

This tango operetta with music by Astor Piazzolla is more a suite of dance-rhythm songs than a music drama, with a loose theme of the rise, fall and apotheosis of a big-city prostitute. The tangos and milongas and such are artful pastiches, but rich in tuneful melodic hooks and tangy orchestrations.

The piece focuses on three “characters,” the protean María and two male commentators, the speaking Duende and the singing Payador. There are also “local color” types who dance and shout surrealistic prose from time to time.

The effect in Le Poisson Rouge is that of an upscale floor show, pleasantly exotic (to whitebread me at least) but less than emotionally engaging.

The Colombian soprano Catalina Cuervo reprised the title role, which in the past decade she has sung practically everywhere from Anchorage to Atlanta. Her dark chest register snarled and purred and she flaunted sufficient diva assurance to transmogrify a few simple walking steps into a bravura choreographic turn.

Marcello Guzzo (the Payador, or ballad singer) warbled his tunes in a firm, virile baritone and had the assurance to sing shirtless and tied to a column without embarrassment. Despite actor Milton Loayza’s vivid declamations, the Duende overstayed his welcome, particularly since the supertitle screen explicating his elliptical pronouncements was mostly obscured by conductor Jorge Parodi’s bouffant hair.

The numerous tango dancing sequences felt cramped on the tiny LPR stage, and even Cuervo’s vibrant personality seemed a little damped down in the crowded venue.

While on the face of it, performing a Spanish-language opera in a mostly Spanish-speaking city like New York seems generous, the repertoire for the season as a whole feels like deliberate pandering to underserved audiences: after this Latinx work, NYCO offers a transgender opera, a Holocaust opera and a Stonewall opera.

You can hardly argue with NYCO’s political sensitivity, but you have to wonder if so much determined diversity in a single season won’t splinter further an already dwindling audience. 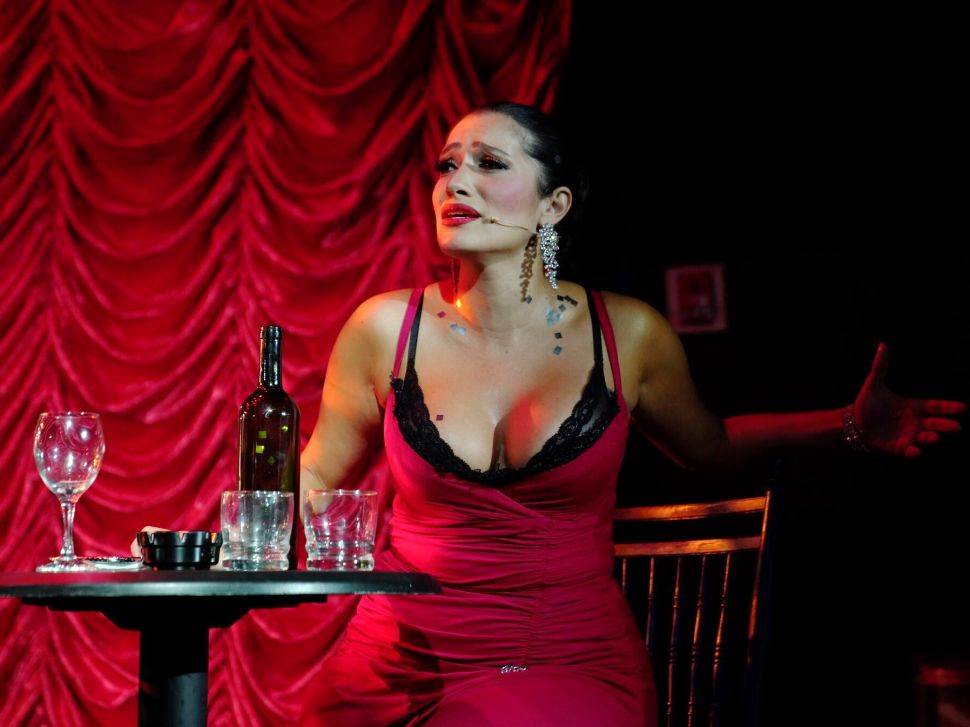