Prince George, Princess Charlotte and Prince Louis have a new cousin—and no, we’re not referring to Meghan Markle and Prince Harry’s big announcement. Pippa Middleton just welcomed her first child, a baby boy, with her husband, James Matthews, a mere day after the Duke and Duchess of Sussex revealed that the former Suits actress is pregnant.

The news isn’t that surprising, as Middleton and Matthews were seen heading into the Lindo Wing at St. Mary’s Hospital with two overnight bags Monday—yes, just days after Pippa attended Princess Eugenie’s wedding in a chic emerald green Emilia Wickstead frock and heels.

Middleton and Matthews welcomed their baby boy on Monday at 1:58 p.m. local time, a rep confirmed to People. The baby weighs eight pounds, nine ounces, and according to the outlet, “Everyone is delighted and mother and baby are doing well.”

Kensington Palace also released a brief statement, saying that “The Duke and Duchess of Cambridge are thrilled for Pippa and James.”

Kate Middleton and Prince William haven’t been spotted heading to the hospital just yet but should be on their way to see their new nephew soon. They’re quite familiar with St. Mary’s—the Lindo Wing is a private section of the London hospital where Kate Middleton gave birth to all three of her children. The steps outside are where the rest of the world was introduced to the little Cambridges, as Middleton somehow exited the hospital where she’d given birth mere hours before with an impeccable blowout and photo-ready look.

The maternity ward reportedly includes 16 rooms total, and prices are believed to start at more than $8,000 per night—and that’s not even for the more expensive deluxe suites, where we’re assuming the Duchess of Cambridge and her little sister stayed.

Pippa is heading to an even more luxurious spot once she departs the Lindo Wing. She and Matthews recently finished renovating their £17 million west London home, complete with a new nursery. 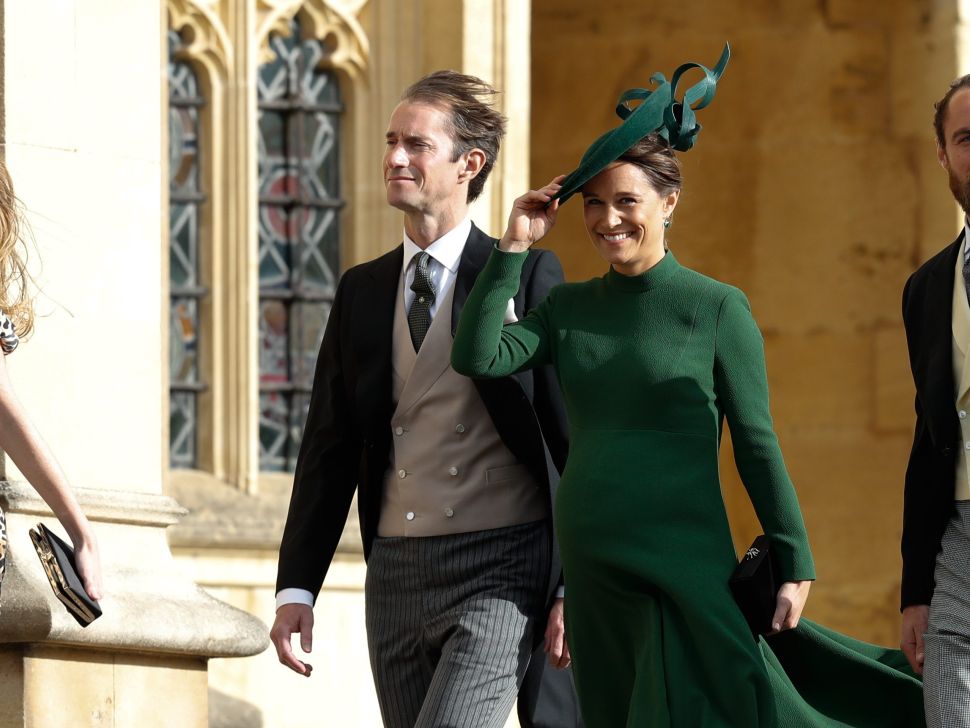