Prince Harry and Meghan Markle may have only just announced they are expecting their first child, but the royal couple is already thinking about the nursery. Luckily, they’ve just received their first baby gift.

The Duke and Duchess of Sussex arrived in Australia yesterday for a 16-day royal tour. Shortly after touching down in Sydney, Kensington Palace released the news that Markle is pregnant. The announcement definitely took a few people by surprise, including their hosts in Sydney, the Governor-General Sir Peter Cosgrove and Lady Lynne Cosgrove. 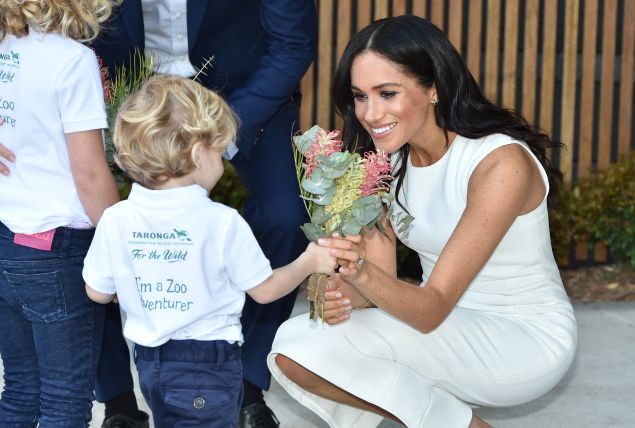 Present o’clock for the Duchess of Sussex.

The governor-general promptly sent out members of his staff to pick up a baby gift for Prince Harry and Markle, which he gave to them during a formal welcome at Admiralty House.

The quite adorable present was a toy kangaroo with a joey, as well as a pair of Australian sheepskin baby booties, and the erstwhile lifestyle blogger sounded rather excited about it—far surpassing her past joy at visiting gifting suites. In a video posted by royal reporter Rebecca English, the Duchess is heard exclaiming it’s the “first baby gift!”

Harry and Meghan have been give a kangaroo and its Joey. Our first baby gift! Exclaims Meghan. pic.twitter.com/Lxvc3QQYCh

And the governor-general already knows where the stuffed kangaroo should go. “Here’s your first gift for the nursery,” he told the royal, who wore a dress by Australian designer Karen Gee.

This is surely the first of countless gifts the Duke and Duchess of Sussex will receive in the coming months, but we do wonder where, exactly, their nursery will be. They’ve been residing at Nottingham Cottage at Kensington Palace when they are in London, and spending a large amount of time at their home in the Costwolds. But the two-bedroom Nottingham Cottage is the smallest residence at KP, and it seems likely Prince Harry and Markle will get an upgrade soon now that they’ve announced they are expecting.

At least, that’s how it worked for Prince William and Kate Middleton, who were the previous occupants of Nottingham Cottage. They lived there for a few months after Prince George was born, before moving into the freshly renovated 20-room Apartment 1A inside Kensington Palace.

There have been rumors Prince Harry and Markle are moving into the recently renovated Apartment 1, which is right next door to the Duke and Duchess of Cambridge. Now that the Sussexes are adding another member to their family, it seems even more probable that they’ll be relocating to the more spacious abode. That is, when they’re back from the 76-engagement tour of Australia, Fiji, New Zealand and the Kingdom of Tonga. 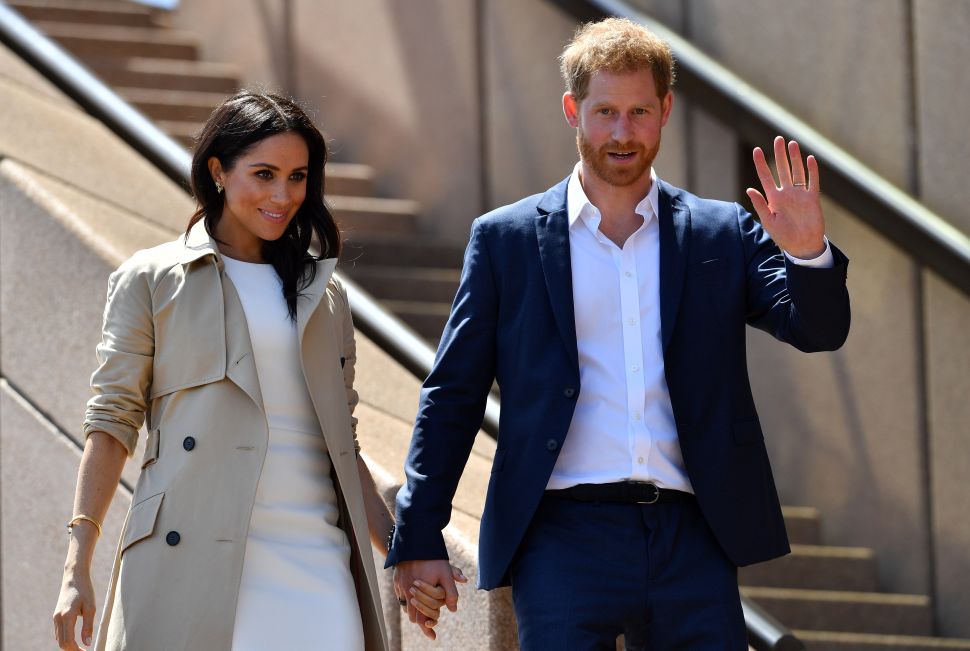