Eager anglophiles here in America will have to wait a bit longer for the Duke and Duchess of Sussex to visit. Prince Harry and Meghan Markle were rumored to be planning an official tour of the United States in the spring, but Markle’s pregnancy is expected to delay the trip.

Last week, Kensington Palace tweeted the news that Markle is expecting her first child, and while it provided no details about how far along the Duchess is or what her due date is, there’s speculation that she’s a bit past the 12-week mark and thus due in the spring. As such, the royals are planning to push back their U.S. tour until fall 2019, reports TMZ.

It’s understandable that the Duke and Duchess of Sussex wouldn’t want to fly across the Atlantic for an official royal visit so soon before or after Markle gives birth. The former Suits actress already had to curtail her packed itinerary in Australia. Kensington Palace released a statement explaining, “After a busy programme, The Duke and Duchess have decided to cut back The Duchess’s schedule slightly for the next couple of days, ahead of the final week and a half of the tour.” Markle is reportedly getting some much-deserved rest.

The United States tour hasn’t been announced, though once it is, the couple is expected to make stops in New York, Washington, D.C. and California. We’re still hoping Prince Harry makes time to see his pal Barack Obama so that they can rekindle their bromance. And surely Markle is thrilled to get back to Los Angeles, where she can indulge in as many avocados as she could ever dream of.

It also looks like Prince Harry and Markle will be making the visit as a family of three, as they are reportedly going to bring their new baby boy or (if Prince Harry gets his way) girl. It’s not the first time the royal family has brought along their young children on royal tours. Princess Diana’s decision to bring Prince William for her and Prince Charles’ tour of Australia in 1983 was one of the first times this happened, and Prince William and Kate Middleton followed suit when they brought along 9-month-old Prince George on their official tour of Australia in 2014.

If Prince Harry and Markle do head to the U.S., it won’t be Markle’s first time back to North America since she gave up lifestyle blogging for tiaras—she actually snuck in a solo trip to Canada this past August, when she went on a secret jaunt to Toronto to see her pal Jessica Mulroney. 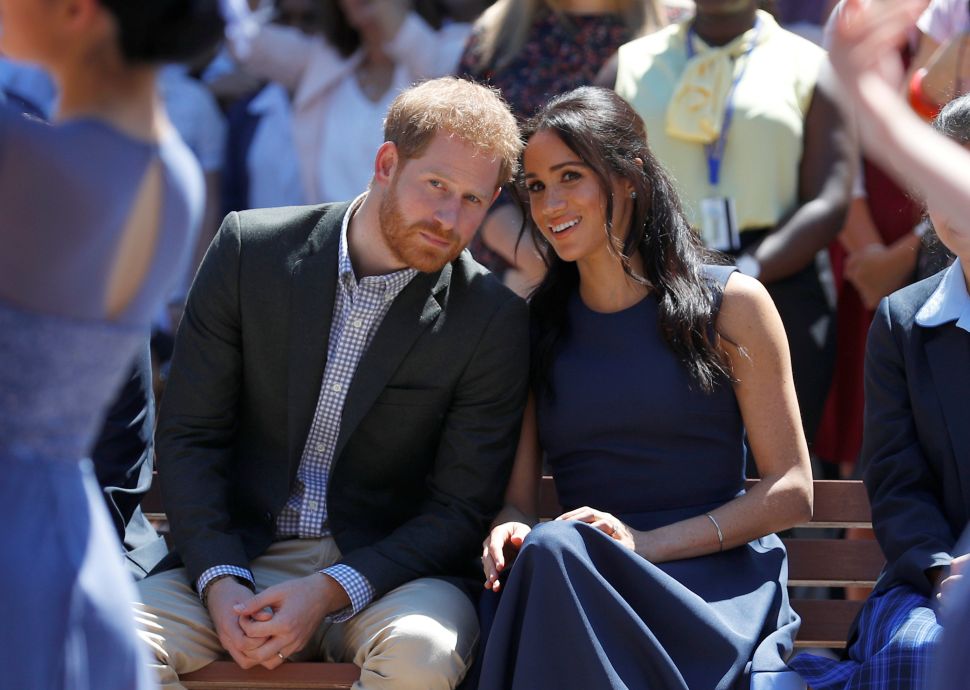