Even royals aren’t immune to the woes of moves and renovations. Prince Harry and Meghan Markle‘s accommodations have been a topic of discussion since before they tied the knot in May. Kensington Palace confirmed they were living together at Nottingham Cottage when their engagement was announced, and noted that they would remain there following their nuptials.

But rumors quickly surfaced that the couple would actually be upgrading to more palatial digs after they got married—more specifically, to the 21-room Apartment 1 in Kensington Palace, which is next to Prince William and Kate Middleton‘s primary home, the Ikea-friendly 20-room Apartment 1A. After all, though Markle put her lifestyle blogger touch on Nottingham Cottage—adding scented candles, peonies and cashmere throws—the two-bedroom seemed like more of a bachelor pad. The move would mean that the Duke and Duchess of Sussex would have a slightly larger home than the Duke and Duchess of Cambridge and their three children.

Renovations on Apartment 1 apparently began last November, and though reports say they were nearly complete back in May, it seems that the work has just finished. The cost came to a grand total of $1.8 million, with improvements such as roof and window updates, per Vanity Fair. But Daily Express royal correspondent Richard Palmer has said the work on Apartment 1 isn’t necessarily for Prince Harry and Markle, suggesting that it’s actually part of a bigger overhaul of all the royal buildings and that it was started before the redheaded prince even met the then Toronto-residing Suits actress.

But perhaps Markle and Prince Harry have just been waiting for the right time to transition into the lavishly redone home—it’s fitting that they would get an upgrade after their wedding. Middleton and Prince William didn’t make KP their full-time home until 2017, though it became their official London residence in 2014, after it underwent a $7.6 million renovation. The Duke and Duchess of Cambridge then made further renovations, adding more than 1,500 square feet of additional space—so the current remodeling at Apartment 1 could just be the start of Prince Harry and Markle’s renovations. For starters, Markle’s going to need the perfect kitchen to remake her engagement chicken and store all of her Tignanello wine.

Prince Harry and Markle haven’t been spending a lot of time at Nottingham Cottage; they’re reportedly been going to their country home in the Cotswolds most weekends. And now doesn’t seem like the best time to start packing up boxes, as they’ll embark on their 16-day royal tour of Australia, Fiji, the Kingdom of Tonga and New Zealand on October 16 and not return until October 31. It would make more sense for the couple to begin their move after their return—though changing their digs would mean that a certain fascinator-loving royal will be left by her lonesome.

Princess Eugenie moved to Ivy Cottage with her fiancé, Jack Brooksbank, earlier this year, just next door to Prince Harry and Markle. But maybe after Princess Eugenie marries Brooksbank this weekend, they’ll get their own home upgrade. 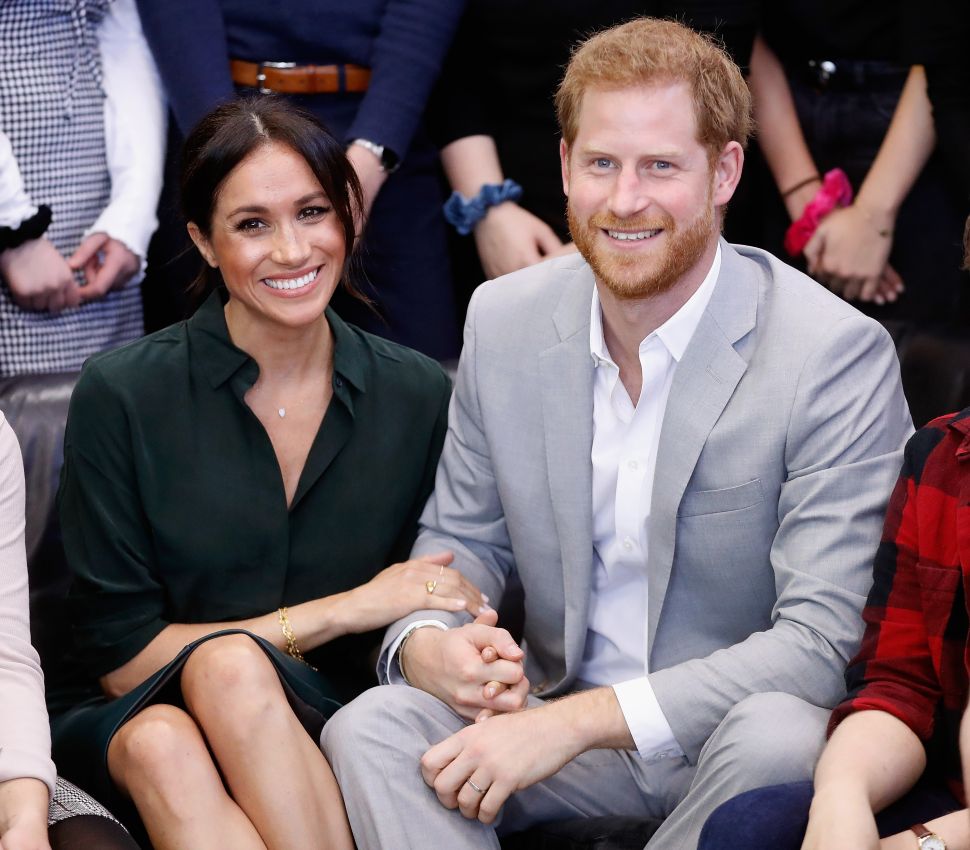