Kate Middleton’s impressive photography skills are often showcased by the royal family, including her adorable snaps of Prince George, Princess Charlotte and Prince Louis. The Kensington Palace Instagram account has posted many of the Duchess of Cambridge’s photographs for the royal children’s birthdays and other big occasions, and now it looks like Prince Harry and Meghan Markle are following in Middleton’s footsteps.

Getting ready for tonight’s @invictusgames2018 closing ceremony, where we will celebrate the #InvictusGames competitors, and their friends and families. The Duke and Duchess of Sussex will both speak at the ceremony this evening. #IG2018‬ ‪📷 by The Duchess of Sussex

“Getting ready for tonight’s @invictusgames2018 closing ceremony, where we will celebrate the #InvictusGames competitors, and their friends and families,” the caption reads. “The Duke and Duchess of Sussex will both speak at the ceremony this evening. #IG2018‬ ‪📷 by The Duchess of Sussex.”

Both the Duke and Duchess of Sussex took the stage to speak that night, but unfortunately we haven’t seen any photos by Prince Harry of his former blogger wife just yet. But he still was able to display his own skills behind the lens—Kensington Palace posted a scenic photograph on Instagram Stories of the couple taking a helicopter ride to Abel Tasman National Park in New Zealand, with a camera emoji and credit to the Duke of Sussex.

Perhaps the couple received some pointers from Middleton, who earned an art history degree from the University of St. Andrews and wrote her undergraduate thesis on Lewis Carroll’s photography. Not that Middleton’s camera knowledge was limited to schoolwork—the avid shutterbug is a true royal photographer.

The Duke and Duchess of Cambridge are very pleased to share two photographs of Princess Charlotte and Prince Louis, taken by The Duchess at Kensington Palace.

This image was taken on 2nd May, on Princess Charlotte’s third Birthday. pic.twitter.com/H5VVgIwRGp

And of course, there are the too-cute photos of Prince George and Princess Charlotte on their first days of school, and the numerous snaps of the family on other birthdays.

Middleton’s contributions have not gone unnoticed; she was named an Honorary Member of the Royal Photographic Society last year. She’s also the Patron of the National Portrait Gallery, as well as the first Royal Patron of the Victoria & Albert Museum.

Perhaps Prince Harry and Markle will also take a cue from the Duchess of Cambridge when it comes time to release photographs of their baby. The Duchess of Sussex is reportedly due in the spring, so we’ll just have to wait and see. 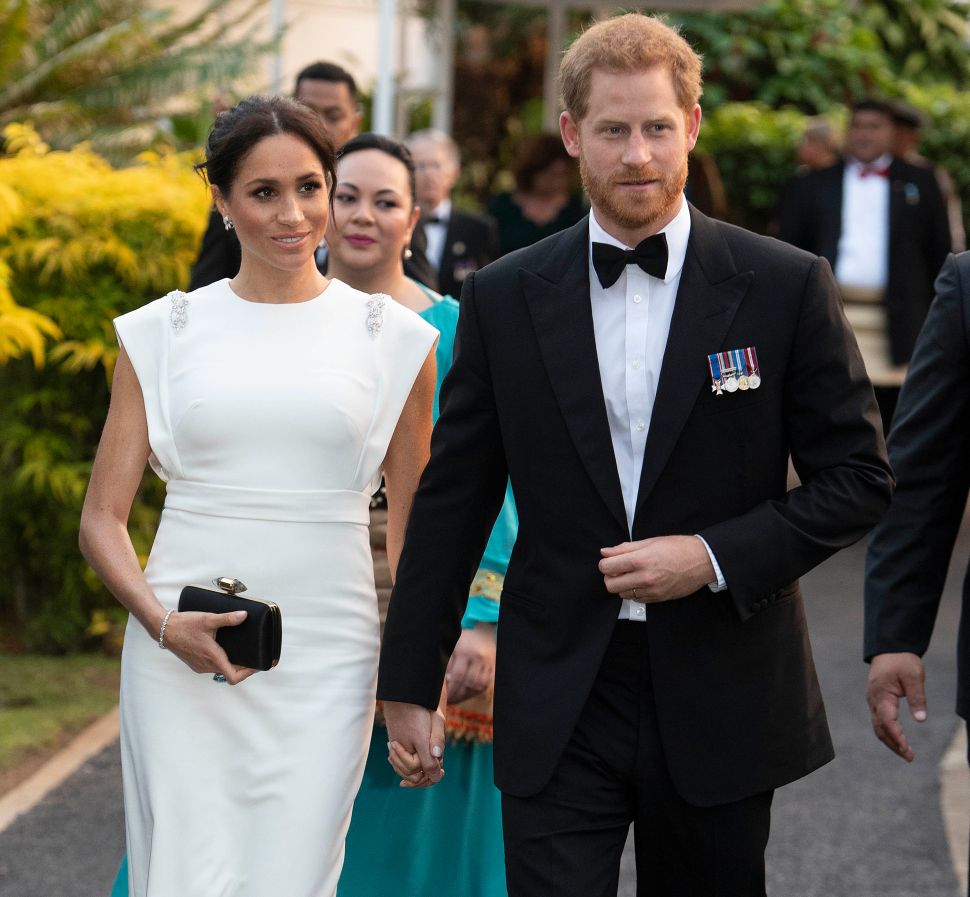