Prince Charles was the guest of honor at one of his many birthday celebrations last night, but his sons and daughters-in-law where nowhere to be found. We knew Prince Harry and Meghan Markle would be missing the fete, as they’re on a busy royal tour of Australia, New Zealand, Fiji and the Kingdom of Tonga, but where were Prince William and Kate Middleton?

The Duke and Duchess of Cambridge were absent from the 300-person gala at Buckingham Palace last night, which was organized by the Duchess of Cornwall (at least Prince Charles’ wife was there). The event honored the Prince of Wales’ support and patronage of the arts over the years with an evening of music, opera, ballet and Shakespearean drama, as well as performances by the Royal Opera House and Royal Shakespeare Company. Oh, and Dame Judi Dench performed, so Prince William and Middleton really did miss out.

It seems the Cambridges chose to hang with Prince George, Princess Charlotte and Prince Louis at Anmer Hall instead, which is a valid excuse. It’s the U.K. half-term break right now, and Prince William and Middleton typically spend that time at their Sandringham country house.

The Duke and Duchess of Cambridge were in London this week, when they flew by helicopter to attend a state banquet for the Dutch royals at Buckingham Palace. They even brought Prince Louis along, so the littlest Cambridge celebrated his six-month birthday with a chopper ride. But they returned to Anmer Hall the following afternoon to reunite with their other children.

As for why they didn’t just stay another night and attend Prince Charles’ party? Perhaps it’s because the formal event was really more about honoring the future King of England’s commitment to the arts, and not a family get-together. Also, the Duke and Duchess of Cambridge and the Duke and Duchess of Sussex weren’t the only royals missing last night—Queen Elizabeth, who sadly just lost her last corgi, wasn’t there either.

Prince William and Kate Middleton also missed the birthday garden party Queen Elizabeth threw in her son’s honor back in May, though Prince Harry and Meghan Markle did make it to that one. But we’re betting that the entire royal crew will make it for Prince Charles’ actual birthday party on November 14, when Queen Elizabeth will host a fancy affair in the State Rooms at Buckingham Palace. 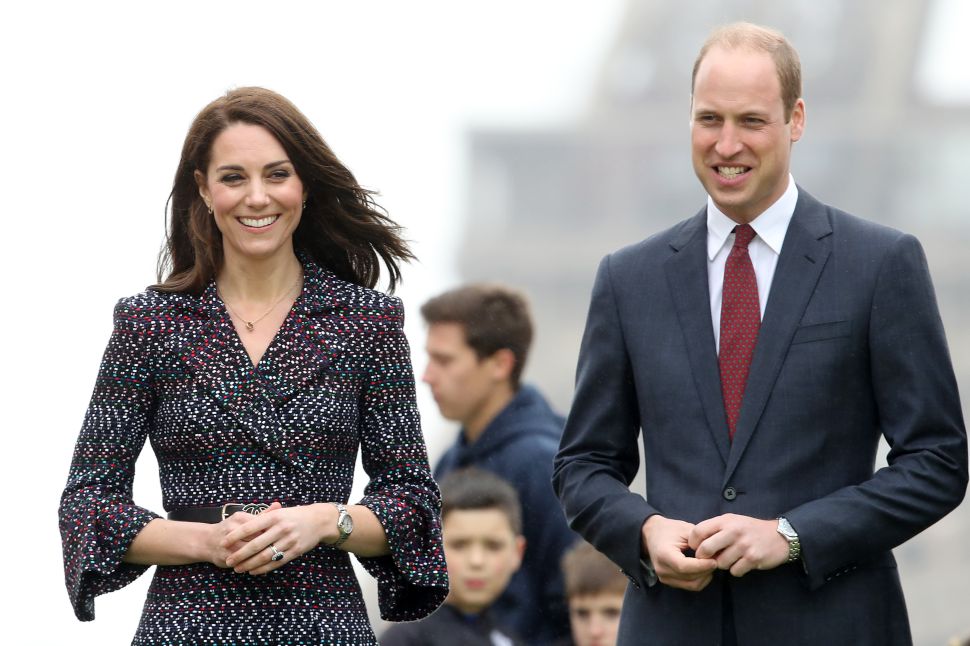