Princess Eugenie and her fiancé, former nightclub manager and current Casamigos brand ambassador Jack Brooksbank, sent out more than 850 invitations for the ceremony at St. George’s Chapel, which is 50 more than the 800 available seats in the chapel. But, surprisingly, there seem to be a few open spots.

Camilla Parker-Bowles will reportedly not be in attendance at the ceremony, according to royal commentator Victoria Arbiter, as the Duchess of Cornwall has a previous engagement. Prince Charles’ wife apparently already scheduled two events in Scotland before Princess Eugenie set a date, and she doesn’t want to back out of her commitments, especially as the two engagements include children at a school harvest festival. Hopefully, Eugenie doesn’t blame her cousin—the princess had to push back her chosen date due to Prince Harry’s marriage to former sometime-calligrapher Meghan Markle and make sure it didn’t conflict with the Duke and Duchess of Sussex’s busy travel schedule.

Meanwhile, Prince Philip’s appearance is a true question mark, as he officially retired from royal duties last year. The 97-year-old apparently plays by his own rules, deciding last minute if he’ll show up at big family events. He and Queen Elizabeth both did not attend Prince William and Kate Middleton’s youngest son Prince Louis’ christening, but he did make it to Prince Harry and Markle’s wedding. Another factor is his dislike of Princess Eugenie’s mother, Sarah Ferguson, Duchess of York. But surely he can put that behind him for his granddaughter’s big day, right?

Aside from the royals, other guests likely to attend include David and Victoria Beckham, Ed Sheeran, James Blunt, Cara Delevingne, Ellie Goulding, Kate Moss, Suki Waterhouse and Naomi Campbell. George and Amal Clooney as well as Cindy Crawford and Rande Gerber will also probably attend—you know, because of that whole tequila connection.

Prince Harry may want to prepare himself for even more awkward ex-girlfriend run-ins, as both Cressida Bonas and Chelsy Davy are expected to show. Luckily, he and Markle are skipping the second day of the fete due to their upcoming royal tour.

Hopefully, all the guests have carefully reviewed the information packet Princess Eugenie and Brooksbank sent out, which was filled with plenty of dos and dont’s for the big day (it’s almost as ridiculous as Princess Beatrice’s pink octopus-esque fascinator). The guide apparently includes the precise time guests should arrive, asks attendees to bring two forms of ID and states that there will not be toilets during the ceremony. Eugenie has also banned cell phones and cameras, and requested that guests refrain from tweeting or posting photos on social media. Luckily, those not included in the festivities can still follow along on The Royal Channel and The Duke of York’s YouTube, which will be live-streaming the event and posting on Instagram and Twitter.

The couple also invited members of charities and organizations they support, including The Royal National Orthopaedic Hospital, Teenage Cancer Trust, Street Child, The Salvation Army, The UN Trust Fund to End Violence Against Women, Key to Freedom, Supporting Wounded Veterans, The Big Cat Sanctuary, Elephant Family, Project 0, charity:, The Print Room at The Coronet and Tate Young Patrons. In addition, they’ve invited 1,200 members of the public to attend on the Windsor Castle grounds, where they can watch the arrival of the congregation and royals, plus listen to the live broadcast and watch the newly married couple depart in a carriage procession.

Everyone, get your fascinators ready. 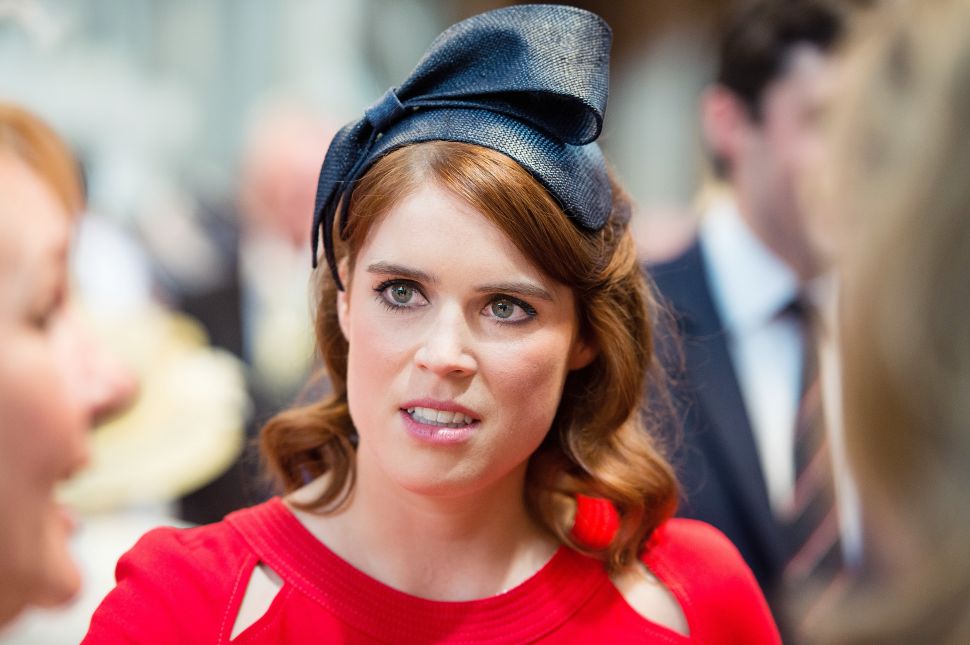