Summer really is over, even for Her Majesty. Queen Elizabeth has just returned to London from her annual holiday at Balmoral.

The Queen goes to the castle in the Scottish Highlands every summer, usually around the end of July, and typically stays until early October, so the timing makes sense. According to Daily Express royal correspondent Richard Palmer, the royal standard is now flying above Buckingham Palace in London—it is raised whenever she is in residence at one of her royal palaces.

Queen Elizabeth works throughout the holiday, reading government papers delivered daily, holding audiences and attending public engagements. Along with Prince Charles and Princess Anne, she appeared at the Braemar Royal Highland Gathering this year; it’s held annually on the first Saturday in September and includes bagpiping, track and field events, and other traditional Highland games. The Queen, who is patron of the Braemar Gathering, first attended the event 85 years ago, in 1933.

Balmoral Castle is privately owned by Queen Elizabeth and the royal family, and is thought to be the Queen’s favorite residence—Princess Eugenie once said she thinks her grandmother is “most happy there.”

Sadly, Prince Philip wasn’t able to assume his usual duties barbecuing there, as a heatwave in Scotland posed the threat of fires. But the family likely enjoyed picnics, horseback riding and exploring the grounds, with Queen Elizabeth indulging in her favorite gin and Dubonnet cocktail and being a regal horse girl. Alas, there was a sad note this year: Queen E was sans corgis for the first time since World War II.

The Queen expects the entire family to visit the Scottish estate during her time there, and this year Prince Harry brought Meghan Markle for her first jaunt there as a royal—she’d previously been when she was still a Suits commoner. Prince William and Kate Middleton also made the trip to Balmoral from the couple’s country estate, Anmer Hall, at Sandringham—that is, after the family vacation in Mustique (because Prince George, Princess Charlotte and Prince Louis are already true jet-setters).

Queen Elizabeth’s children and grandchildren are all back to their royal business as usual, with the Duke and Duchess of Sussex set to embark on their first overseas royal tour on October 16, and the Duchess of Cambridge returning from maternity leave. The Queen has a hectic October as well. She’ll be hosting King Willem-Alexander and Queen Máxima at Buckingham Palace later in the month on a state visit and attending Princess Eugenie’s nuptials on October 12. 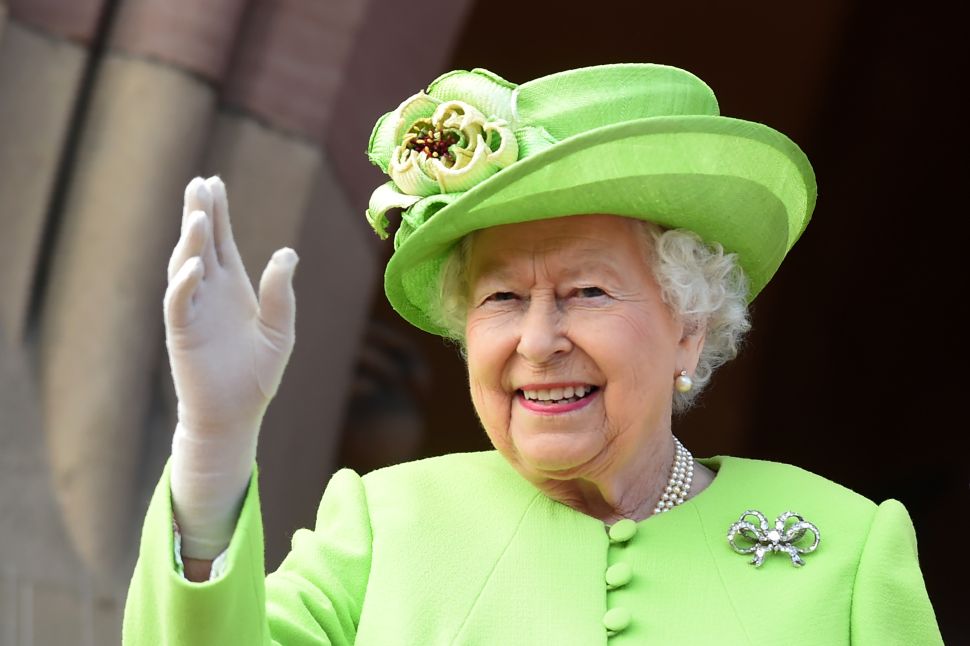